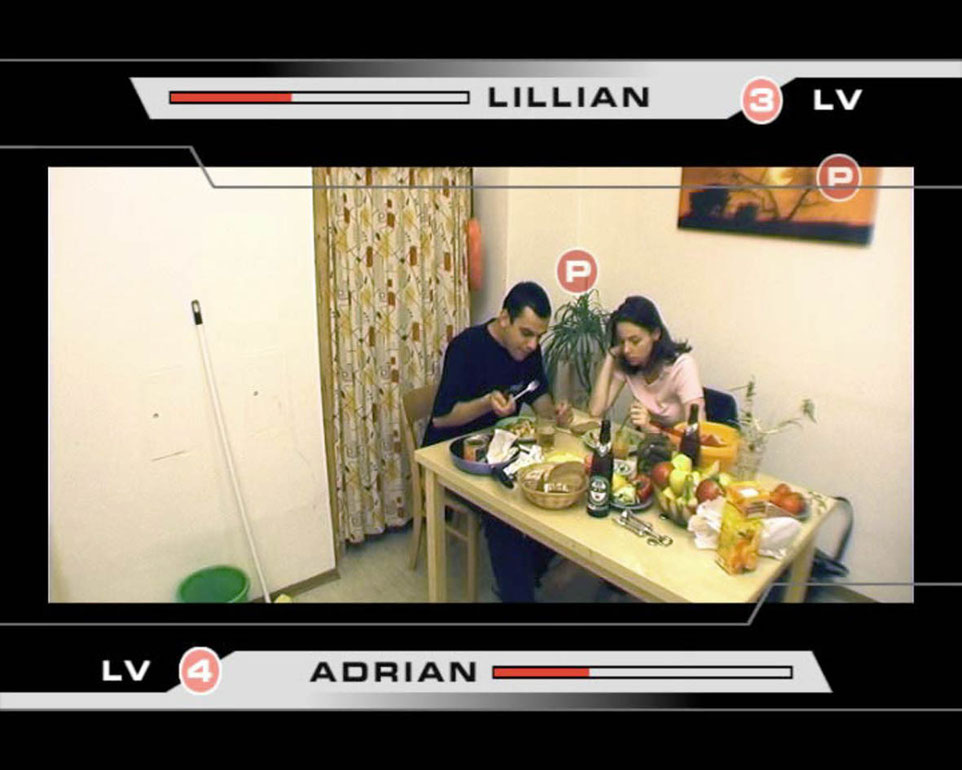 During a microwave defrost cycle, the harmless conversation of a couple sitting at a kitchen table develops into an argument which will seemingly explode at any moment. Framed by the graphic user interface of a video game and its animated graphics, which rate the emotional atmosphere and the significance of objects in the room with regard to the argument, the video´s image is increasingly shifted into a virtual context.