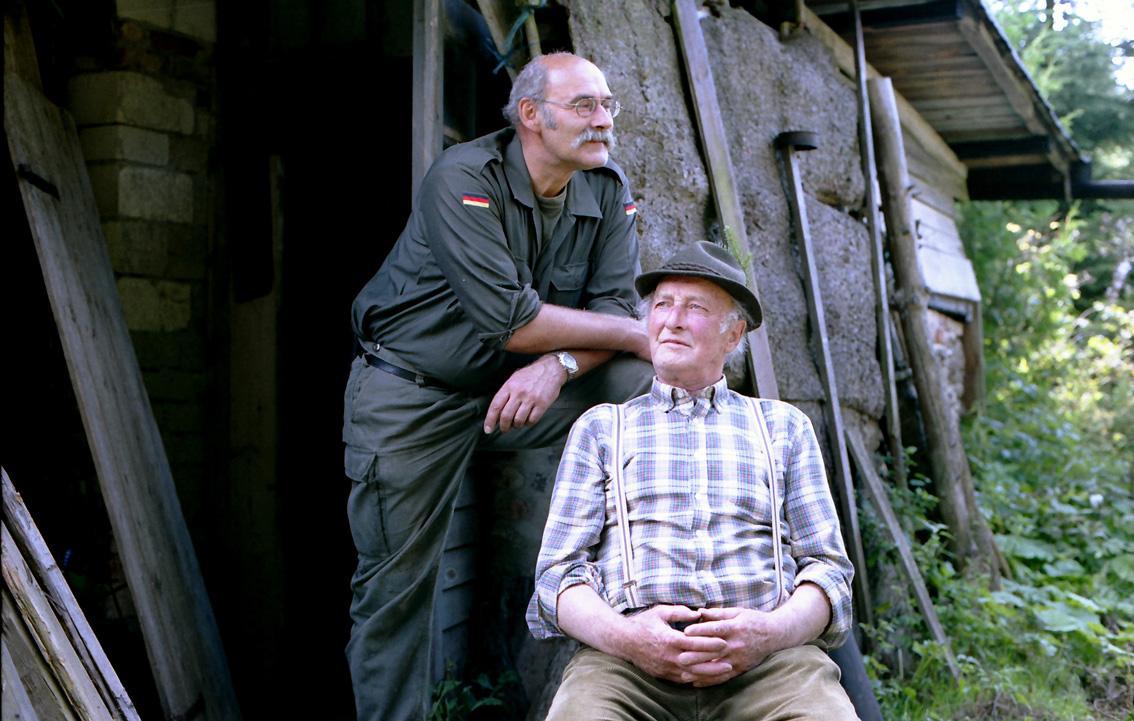 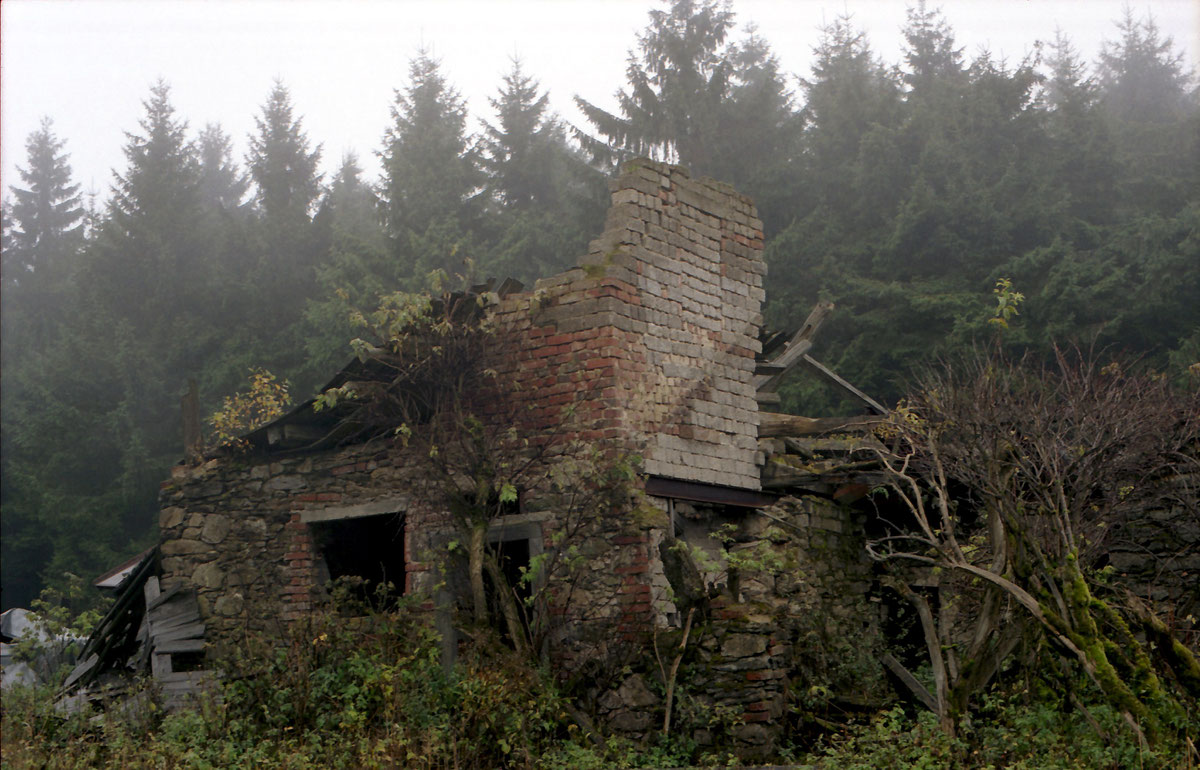 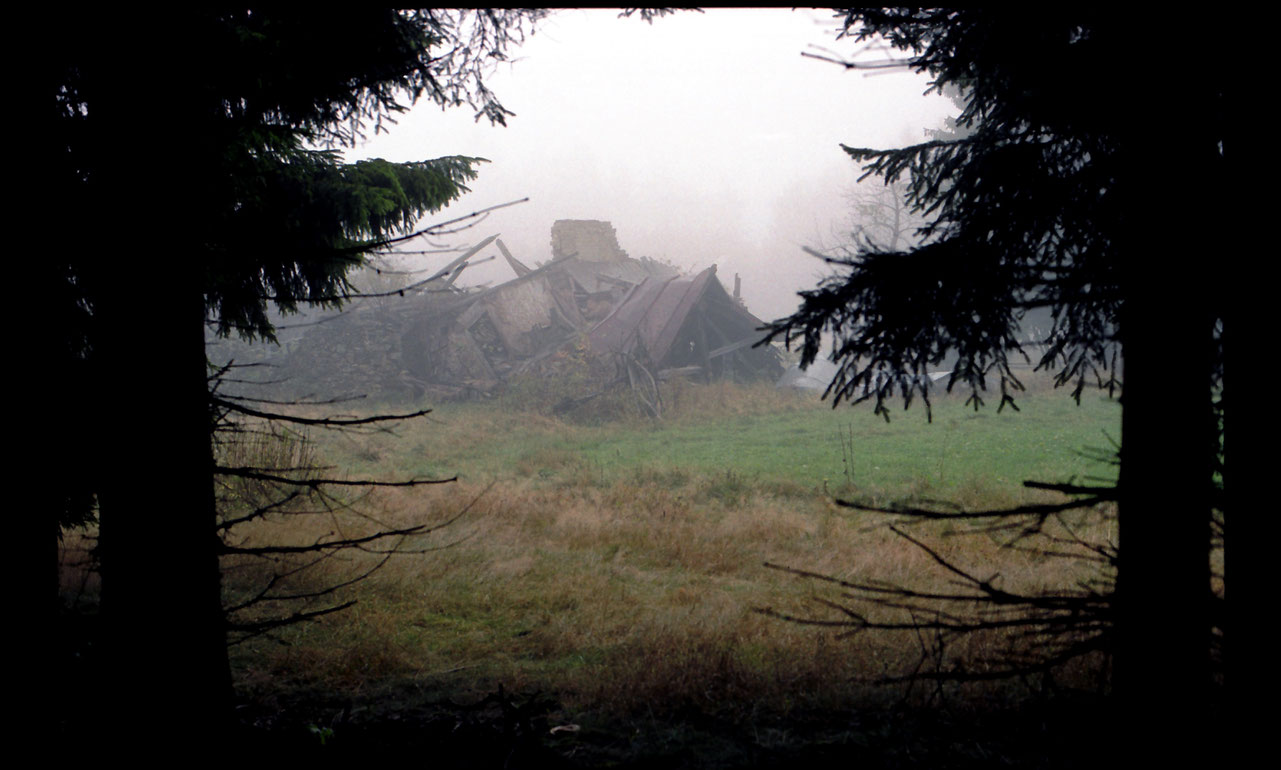 Immediately at the film´s beginning we run up against a boundary stone, a relic of a past age, made of nearly indestructible granite. In the middle of a forest which seems idyllic in the twilight, it marks an otherwise invisible division: Bavaria on one side, the Czech Republic on the other.

Johannes Holzhausen´s Woman´s Day is a documentary miniature that begins at this place. It clearly portrays the fault lines of history in the circumstances of a family and individual lives. A grouchy old man. A woman who was abruptly separated from her lover. A son who disappeared into the underground for ten years. They are the protagonists of an arrangement centered on borders, borders that still have an effect even if they are no longer officially recognized - as immobile as if they were made of granite.

Old Wenzel more than anyone has never given up his grudge against the Czechs. He and Emma come from the same village, which was moved to German territory after the war. His nationalism is a symptom of bruised male pride. Emma, the woman he once loved, chose someone from the other wide, a Czech, instead of him.

Holzhausen reveals views of a constellation in which history begins to resemble a drama. Each detail helps correct the overall picture. For example, there is nothing about forbidden love in Emma´s reminiscences. She ignored the political situation with a pure heart. For Wenzel, on the other hand, the story remains a vivid part of the present. Every August 15th, on Women´s Day, he pesters Emma with phone calls. His son, Herbert, who refused to serve in the military, must prove that he is German with the aid of documents from a lost era. History takes an ironic turn when it repeats itself.

0005: Before the locals were expelled
from #Wenzelsdorf ...#

0006: they already had properties
on the Bavarian side.

0008: they built new homes on those properties.

0010: and brought with them
their essential belongings ...

0016: I am too young to have witnessed
how people lived here,

0027: I was born in #Wenzelsdorf#, Czechoslovakia.

0028: We used to run a small farm
before we were evicted.

0029: This is the barrier gate
which has not always been here.

0032: on the other side it says
C S for Czechoslovakia.

0036: three young men tried to knock over
that boundary stone ...

0038: But this is granite so they only managed
to chip off a corner.

0040: The border runs here through the woods.

0050: and mothers were still in labour, crying.

0068: He was sent to #Wenzelsdorf# by the
Czech authorities. He was all on his own.

0075: He asked if she wanted to help him
around the house.

0087: I remember when Dr. Seidel took that picture.

0091: Jan used to live in the foresters house
in #Wenzelsdorf#.

0092: He asked me if I could give him a hand
with his household.

0093: So there we were,
on our own together in the foresters house.

0103: A year later Jan crossed the border
to come back to the #Bügellohe#.

0107: At that time no Czech civilians
were allowed near the border anymore.

0108: Within a radius of 4 km from the border
no civilians were allowed.

0123: had suffered from pneumonia.

0124: She said that he died
with my picture in his hands.

0125: I was devastated about the burden
I had put upon myself.

0144: He probably had worked on it overnight
and then put it up.

0160: You mix boiled potatoes and flour,

0164: what used to be Czechoslovakia,

0166: When I was a child those trees
seemed of immense dimensions.

0172: Their love was always hindered by a border.

0174: fate would have taken a different turn.

0175: The only obstacle for me
has always been the border.

0180: saying that I was registered
for the military service.

0183: A week before the deadline
I decided against it.

0187: No matter in what form
the state has me registered.

0189: drew a borderline through my fate.

0192: means blocking my perspectives,
my future, my way.

0195: My actions made me delinquent for ten years.

0196: So the consequence was to disappear.

0204: Getting on a plane to China though
was a different story.

0208: we came up to one time
just before Christmas.

0239: #Thunder and lightning over the Tatra#

0251: I have been married to Nuria for four years.

0256: Your birth certificate from #Oberviechtach...#

0258: I will also need your birth certificate
as well as grandfather's marriage certificate.

0259: Supposedly issued not longer
than six months ago.

0265: German citizenship for my wife.

0266: Where is your birth certificate?

0273: I wonder if that still applies today
if you have no other proof of identity.

0274: That is an "Arbeitsbuch"
used in the Hitler regime.

0280: "Application for Issuing
a Nationality Certificate".

0285: "Were you registered appurtenant
to the German people,

0286: meaning did you acknowledge being affiliated
to the German people?"

0290: we never spoke anything but German.

0294: "What colour was the identification card?"

0295: I cannot remember even remotely.

0301: #also in Czech camps
had to sacrifice their lives.#

0307: #we would abstain from revenge
and retaliation.#

0308: Edeltraud, has Wenzel crossed your path, too?

0314: Actually I can't remember
how we got talking about who I was.

0334: He had called you that even years earlier.

0336: because he probably thought I was you,

0341: is the day the Sudeten Germans gather.