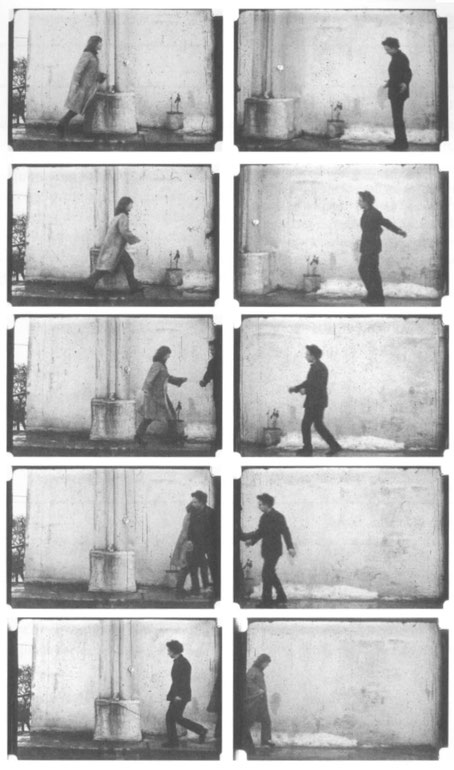 This is a structural film about the problem of time: the same scene was shot simultaneously by two cameras panning from right and left towards the center of the scene. The pictures taken with the two cameras "cross" each other in the process. Displacements of time and framing of the same scene have been produced by a slightly different start of the two cameras and by the constant change of focal length (both cameras were equipped with zoom lenses). On the screen a mutual "overtaking" of right and left image can be noted. (E.S.jr.)