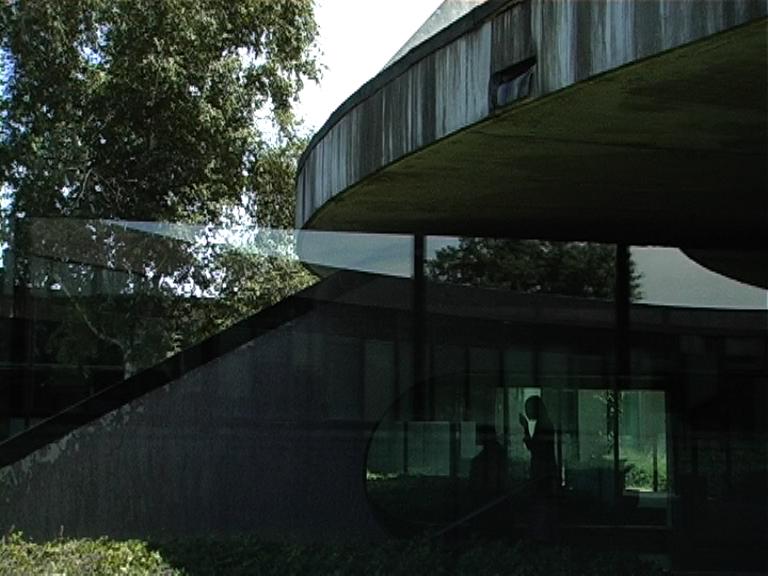 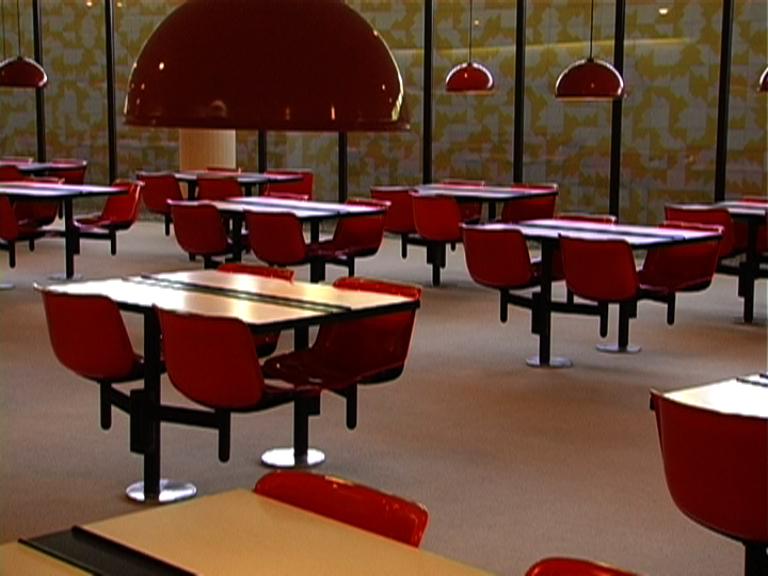 Factory and office—these two architectural poles characterize Sasha Pirker’s Paperwork. On the one hand is the paper factory in the Italian town of Verzuolo whose largely automated processes the film captures in its first and final thirds in mainly static takes. On the other hand, Paperwork leads us into, around, and through the company headquarters of the Burgo Group, located in San Mauro near Turin, whose production sites include the aforementioned paper factory. The administrative building, which has largely been preserved in its original state, was built in the late 1970s according to plans drawn up by Oscar Niemeyer, a star architect in today’s terms. The building sits in the landscape like an elegant, curved, circular space ship, bearing witness to an era in which the administrative and service sector began to overtake industrial work.
The juxtaposition of mechanical and administrative labor turns out accordingly, as do the spaces intended for them: whereas the former takes its course quasi without a subject, but for that, under the thundering roar of machines; the latter is characterized by the presence, even the reserved movements of the people that work therein. We see them repeatedly walking up and down stairs, in the midst of piles of files and paper, and in the end, in a seemingly highly affective office canteen. Views of architectural details continually interrupt the portrayal of the average work day, whose course Paperwork follows loosely from morning to evening. At the same time, the sound track, at first clearly assigned to either office or factory, increasingly begins to mix, blast open by abrupt, reflex-like moments of silence. All the while, the assembly lines run full force in the factory halls—the “paper work,” which the title ambiguously addresses, no longer seems to have a place here, in the industrial setting, or, rather has been outsourced to be performed elsewhere.