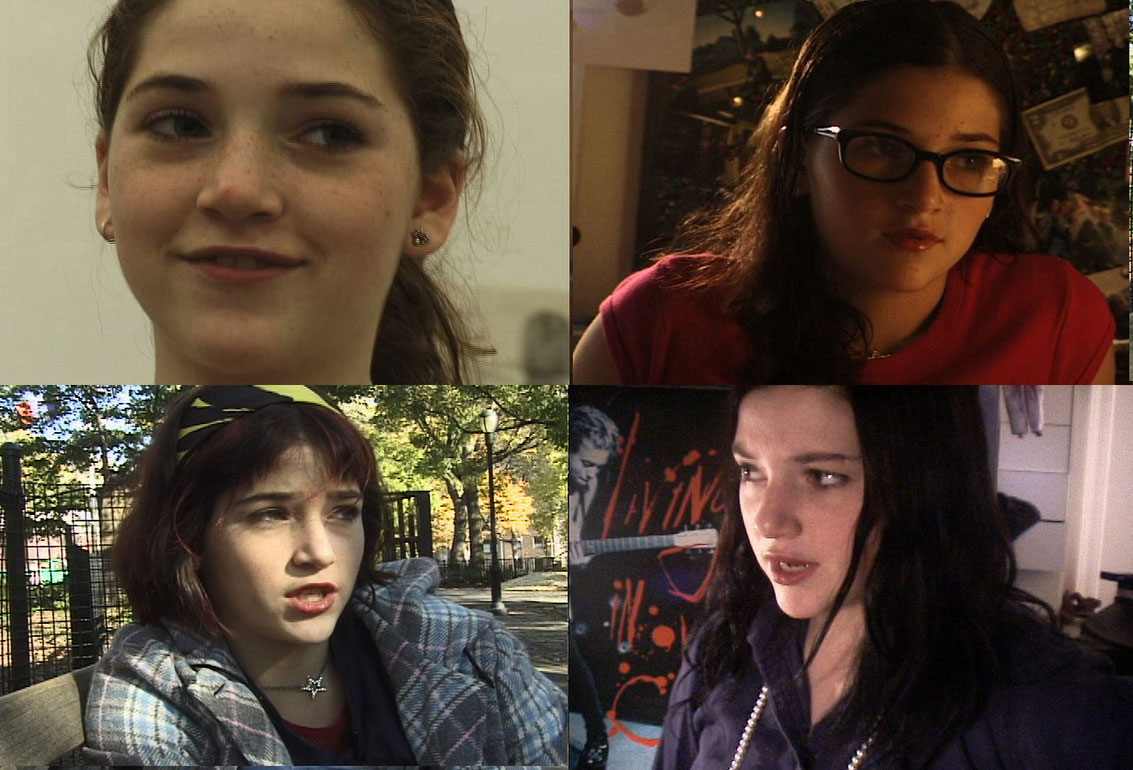 “In America...in the late 1990s,” poet Charles Bernstein observes in the film, “the perspective of the culture is from the point of view of the 12 year old girl...This is Emma’s situation, Emma’s dilemma.” Emma, as Bernstein’s daughter, was thrust into New York’s avant-garde poetry, art, theatre, and film circuit, though she preferred to identify with Nirvana and Parker Posey. In 1997, when Emma was 12, she was enlisted by experimental filmmaker Henry Hills to conduct interviews of his colleagues, including her mother and father. Over the next five years, Hills recorded Emma’s encounters with Jackson Mac Low, Ken Jacobs, Kenneth Goldsmith, Roberto Juarez, Susan Howe, Keith Sanborn, Cheryl Donegan, Julie Patton, Carolee Schneemann, Lee Ann Brown, and Sally Silvers. Simultaneously a view of Hills’ circle through Emma’s rapidly changing teenage eyes, and a view of Emma through Hills’ eyes, this two-way portrait abounds with conflicting perspectives.
The collision of generations is matched by abrupt shifts between documentary and structuralist modes of filmmaking. Passages of hand-held footage, which portray Emma and her interviewees with seeming directness and immediacy, are interrupted by passages where editing processes are foregrounded. The image periodically breaks down into a mosaic of digital pixels. Words and gestures are fragmented and looped, creating stuttering sonic and visual rhythms that suggest a momentary failure in communication.
We meet Emma in her bedroom, pasted wall-to-ceiling with images of indie starlets and musicians torn from magazines. She is inspired by MTV and Andy Warhol, which she inquires about in the interviews, prompting responses concerning the dangers of advertising, fame, and money. Emma rejects sharp distinctions between mass-entertainment and critical art practice, seeming to want them to exist side by side, as on her bedroom walls. A vivid portrayal of female teenage experience in all its complexity, Emma’s Dilemma does not impose narrative closure on the dilemmas of growing up. As Emma incisively observes in one of her interviews, “I don’t want a movie that has a plot because my life doesn’t have a plot.”