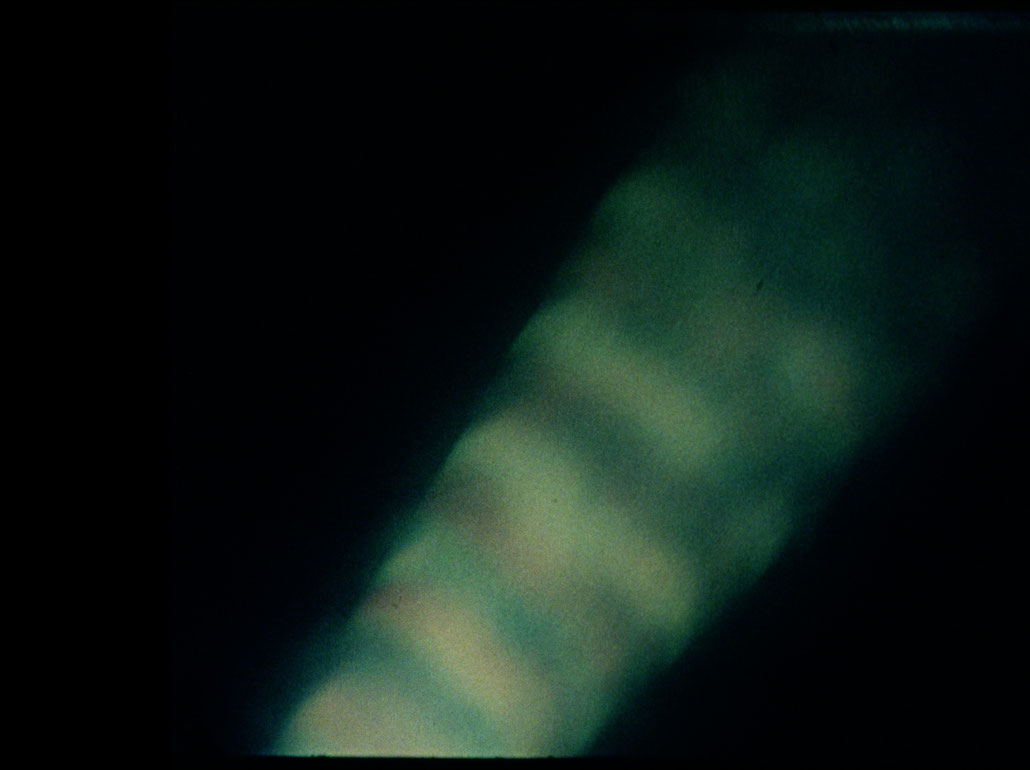 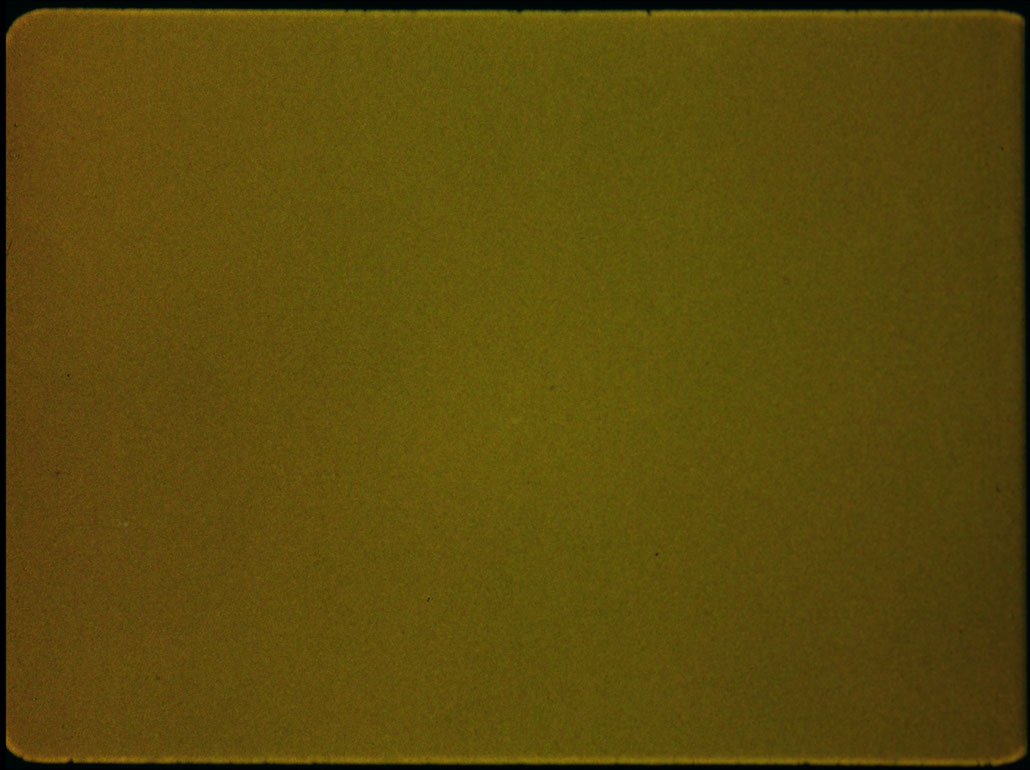 In this film the goal of destroying film semantics has been consistently followed though. Part of the film is composed of a seemingly collision of picture and sound. Whilst filming, the colors called out in the sound were really filmed. Because of the "mistakes" made (unfocusing, copying process, color temperature) the colors in the final printing were wrong. The audience is then confronted with these discrepancies. (E.S.jr.)
(This film is part of Schmidt´s 20 Action and Destruction Films.)