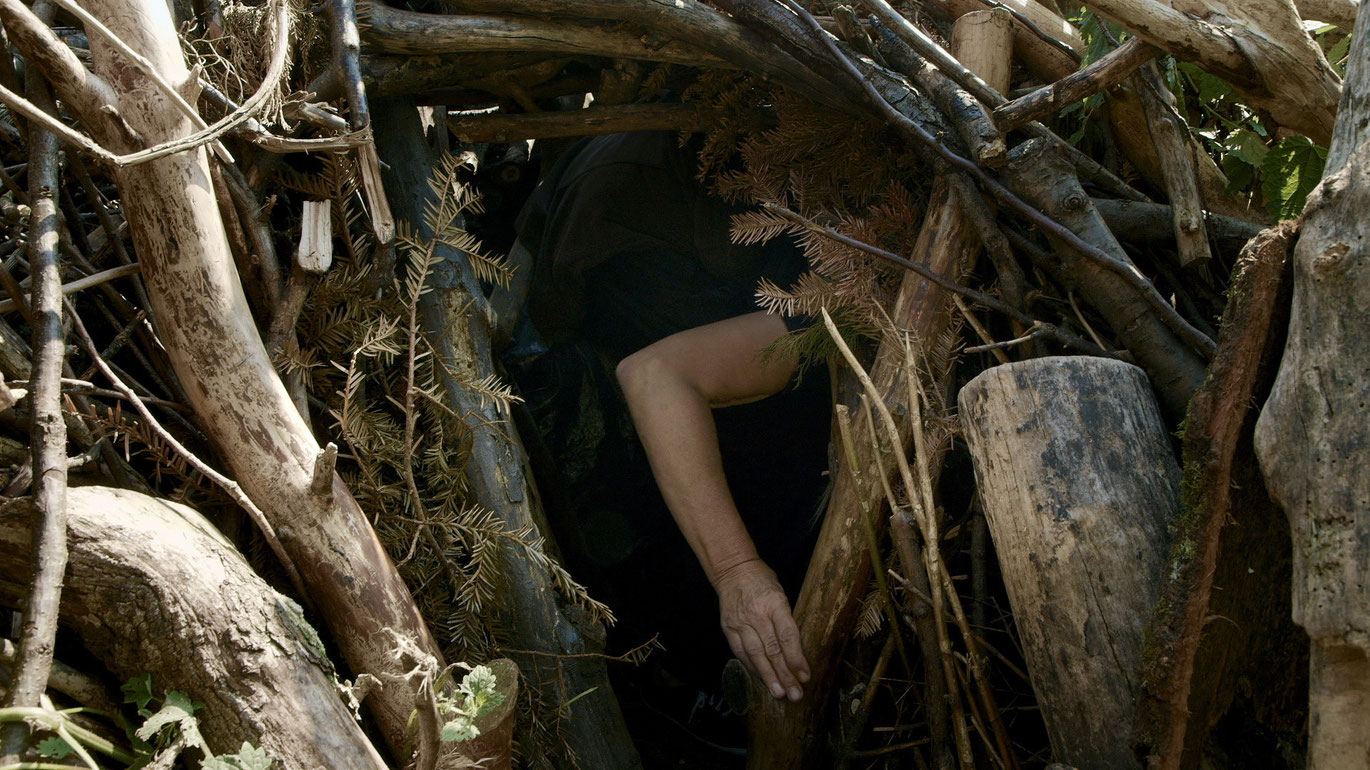 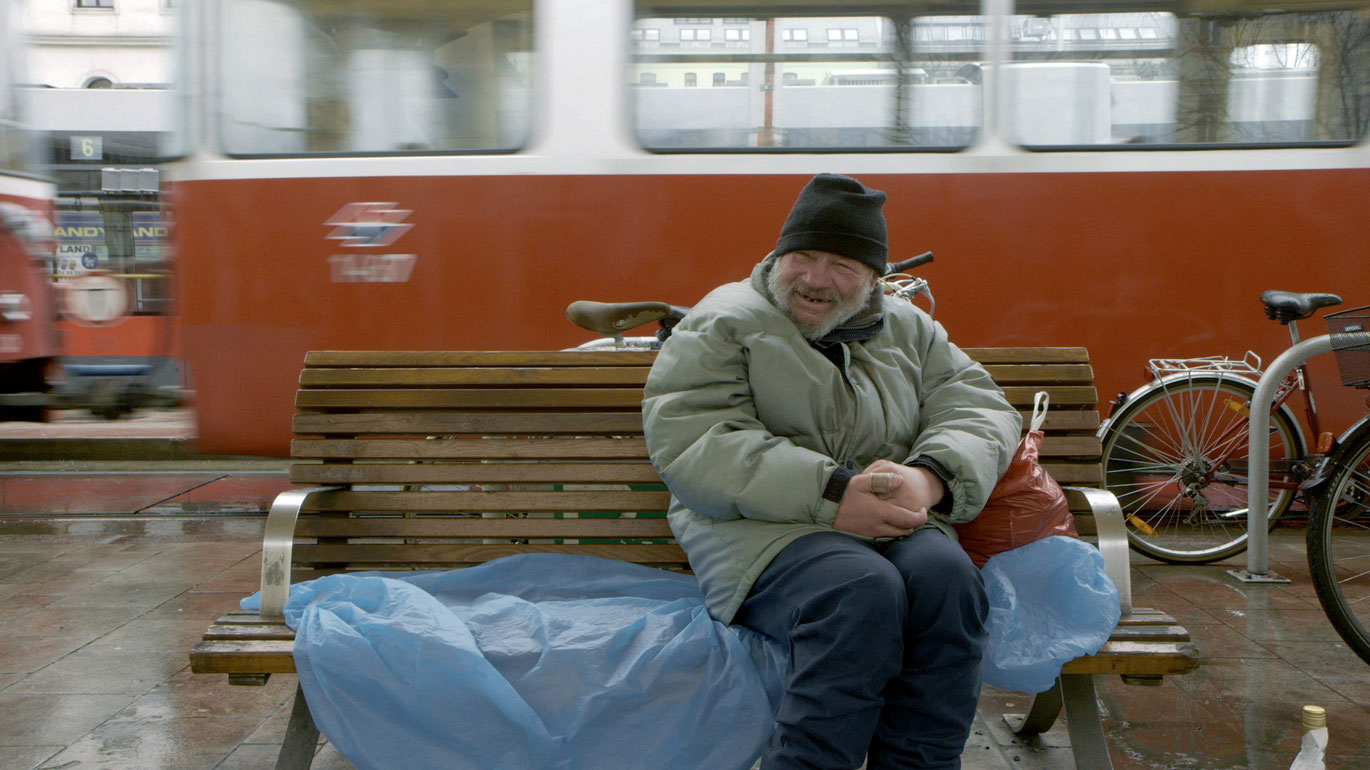 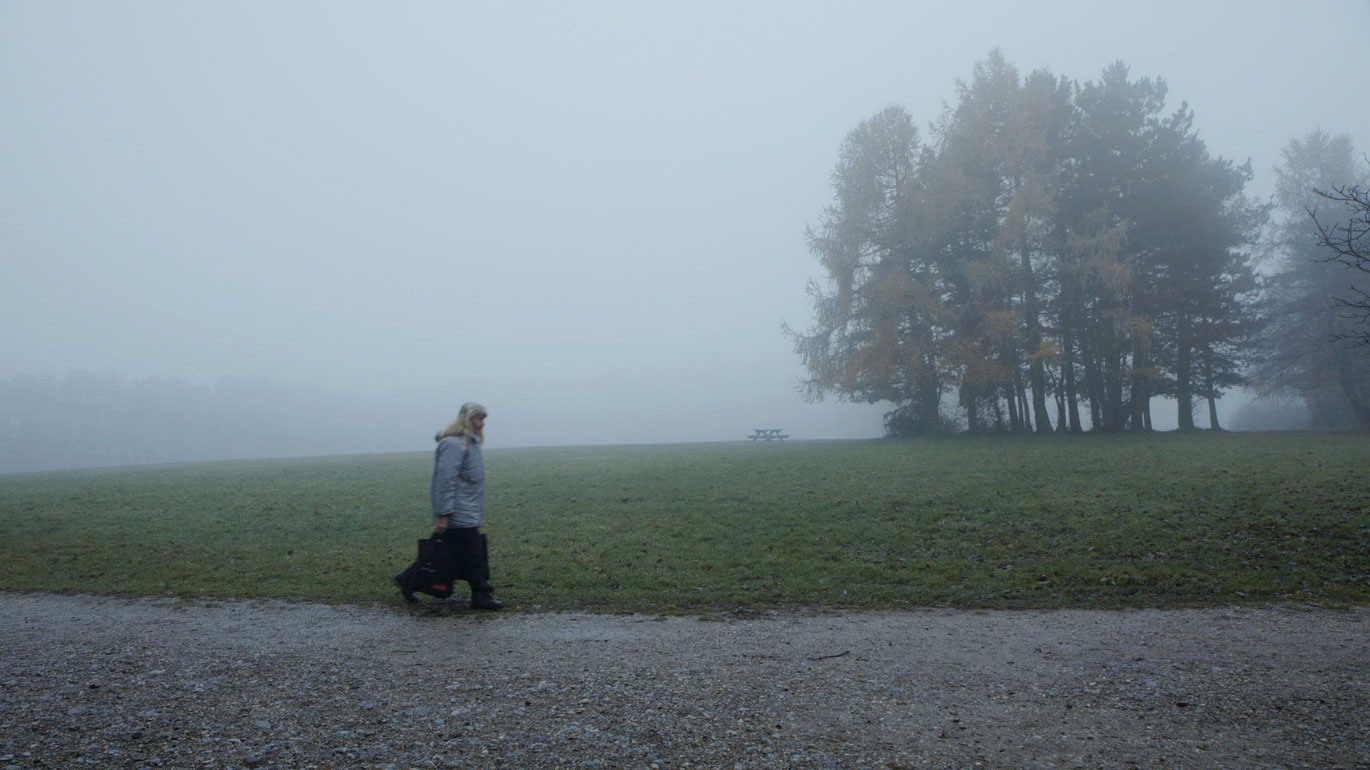 Micha is always there in the same place at the entrance to one of the Viennese subway stations where he wishes passersby, "have a good day" and at Christmas, also "Merry Christmas." He once said that he stands out because of his politeness. Still, a lot of people ignore him. Visibility is also a social indicator. That´s why the filmmaker trio Birgit Bergmann, Steffi Franz, and Oliver Werani decided to make it their prime imperative to take a longer look. Micha is one of the homeless people whom they accompany on their everyday lives on the streets in their documentary Zu ebener Erde / Down and out. Already the selection of several protagonists shows that the film´s interest extends beyond people, to structural aspects. How does one survive the seasons? Where is it possible to find grounding, or temporary assistance? The film´s narrative form is also defined by vagabonding. Rather than aimlessly, one wanders as a spectator, in tune with specific needs through the city space, whose sites gradually appear in a different light. The stories of these marginalized lives become ingrained in the transitory spaces, the train stations, squares, and malls.
However, the repeated encounters also make clear that each of the protagonists has his or her own individual story and routine. Hedy, who has found her sleeping spot out in nature, is the verbal warrior of the group, and she even attends university courses. A Slovakian couple have set themselves up in an intricate purposive relationship. Herr Birkner, who was once in the foreign legion, dreams of liberating his African daughter. Over time, these existential insights in Zu ebener Erde / Down and out meld into an image with multiple variants. The filmmakers remain patient observers, and only a few lone questions can be heard. Nonetheless, the film gets close (or far) enough: to those moments when the thin thread tears and we catch a glimpse of the despair that accompanies these people´s lives. (Dominik Kamalzadeh)

The documentary, produced in a collective, ac­companies women and men in Vienna who live without a home. Between sensitive proximity and respectful distance, the penetrative portraits tell of relationships between people, of reduced needs, of networks of dependency, and of borders that people have set themselves or have had imposed upon them. Zu ebener Erde is a disarmed, honest film about the reality of life between visibility and invisibility. (Diagonale 2018, Catalogue)