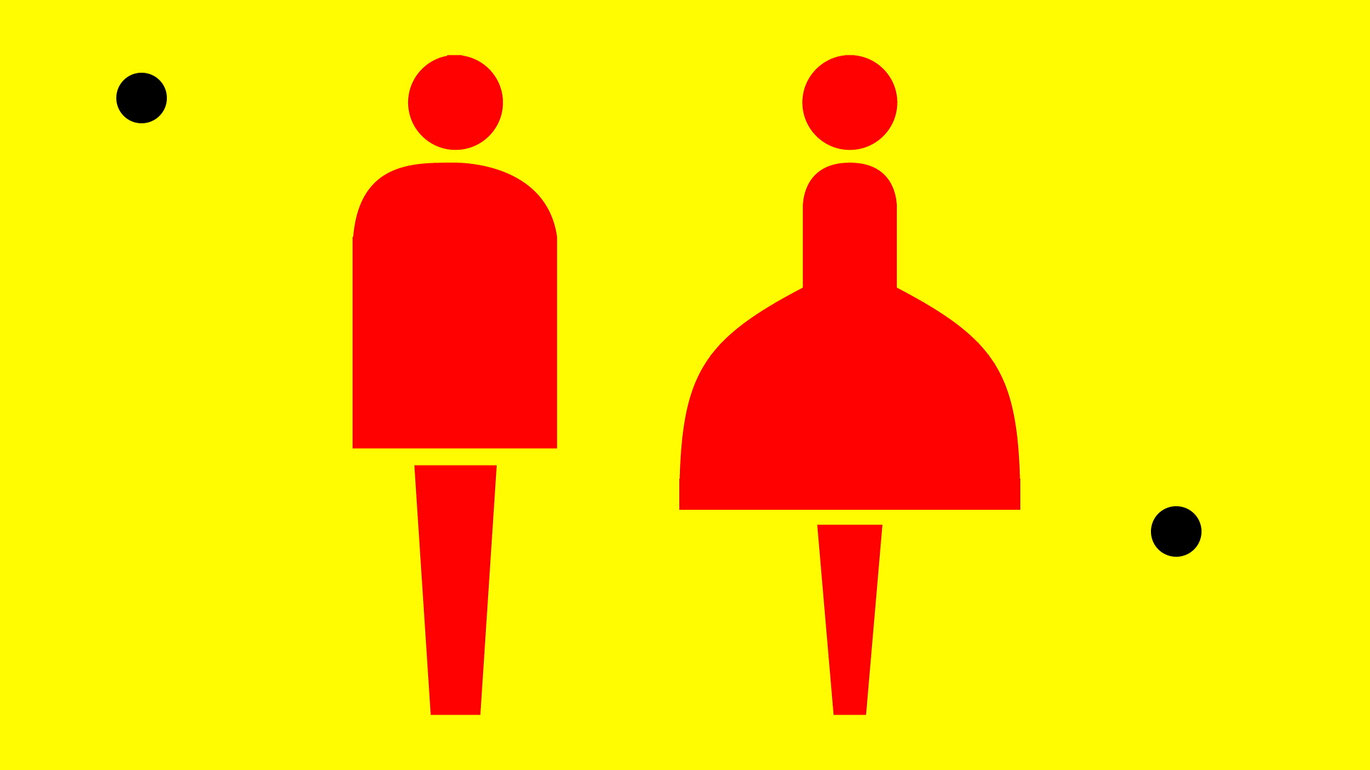 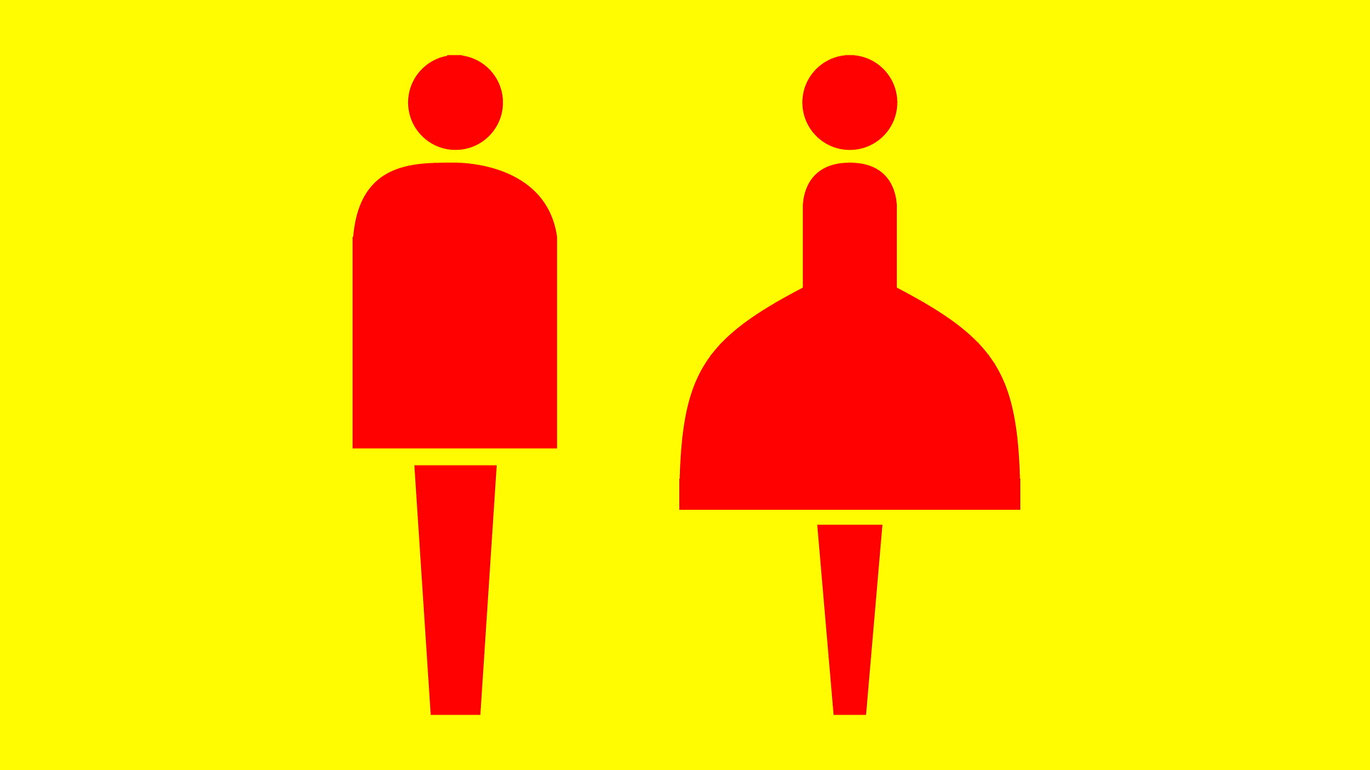 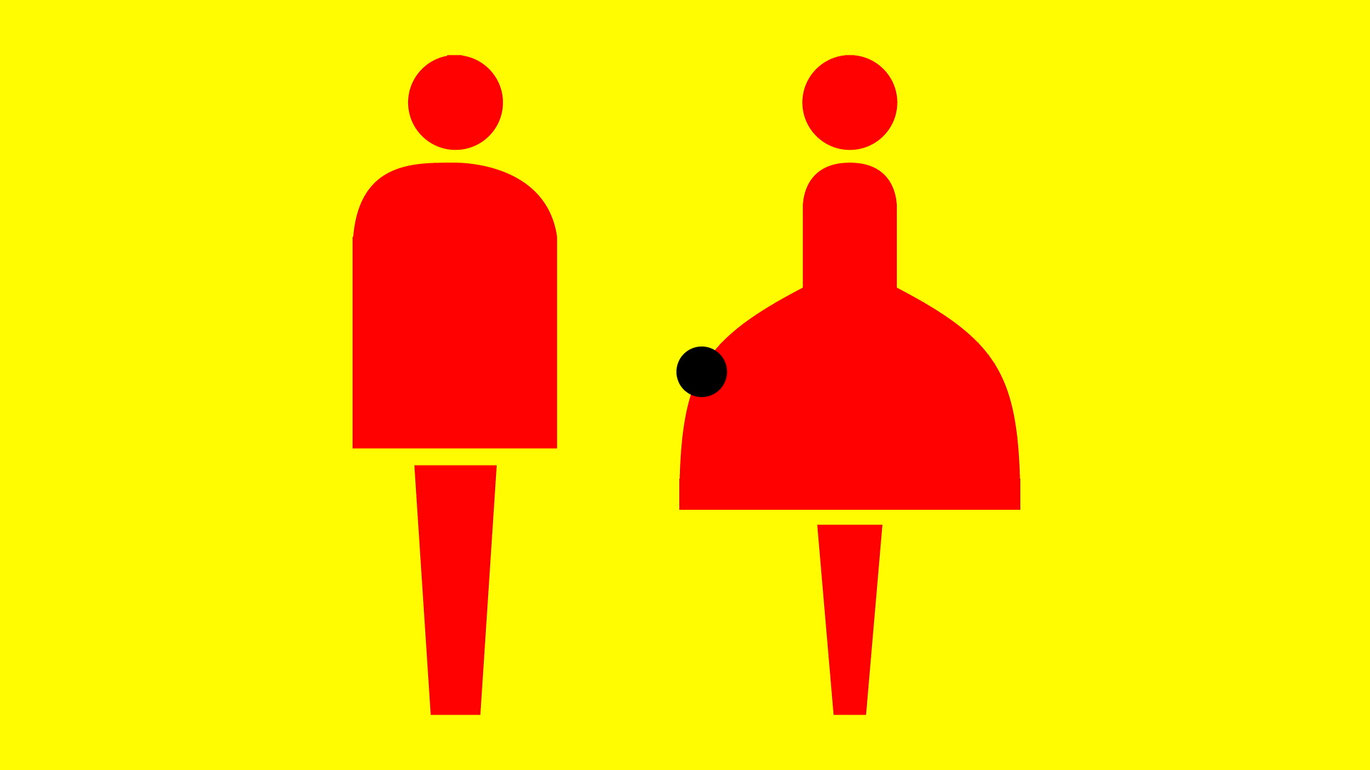 Red water closet stick-figures on a yellow background: male and female joined together as a pictogram couple. Plus, two wandering black points. A soundtrack interlacing inside and outside. A programmatic title. And since we find ourselves in the world according to Brehm, nothing is as it seems.
The title does not refer to an identifiable plan, such as Wilson's 14 Points in the wake of WWI, or the Nazi Party's 25-point Program. Instead, it recalls Brehm's own 29 Point Program, an abstract film he himself described as a "construction of senselessness". And the same WC couple also turns up in Praxis 17 (10 Scenes 132–141), to convey... what exactly? According to Otto Neurath, the International System of Typographic Picture Education rendered complex connections clearly representable – with Brehm, the ISOTYPE is rendered devoid of all function.
Like all of Brehm's works, 2 Point Program is an invitation one should accept with curiosity: I am curious (yellow). A frisky whistling temporally framing the audio track gives entry to the sound film: distant traffic, a dog barking, clinking glass bottles, a lighter attempting to light, a first deep drag, munching, striking of matchsticks, the whirring dial of a rotary phone, cautious knocking at a door, struggling sounds of bowel evacuation, church bells, toilet flushing, recurring dog barking, and finally, two pistol shots: the wandering points are shot out of the image, accompanied by the sound of a child laughing and a thundering explosion that smashes the filmic image to black leader...The frisky whistling returns to join us through the closing credits.
Yellow puts you in a good mood. At the same it is a warning color and especially achieves the greatest possible signal effect in combination with black – as one knows from danger signs in public areas. And nonetheless: a lazy, beautiful Sunday atmosphere.
(Regina Schlagnitweit)