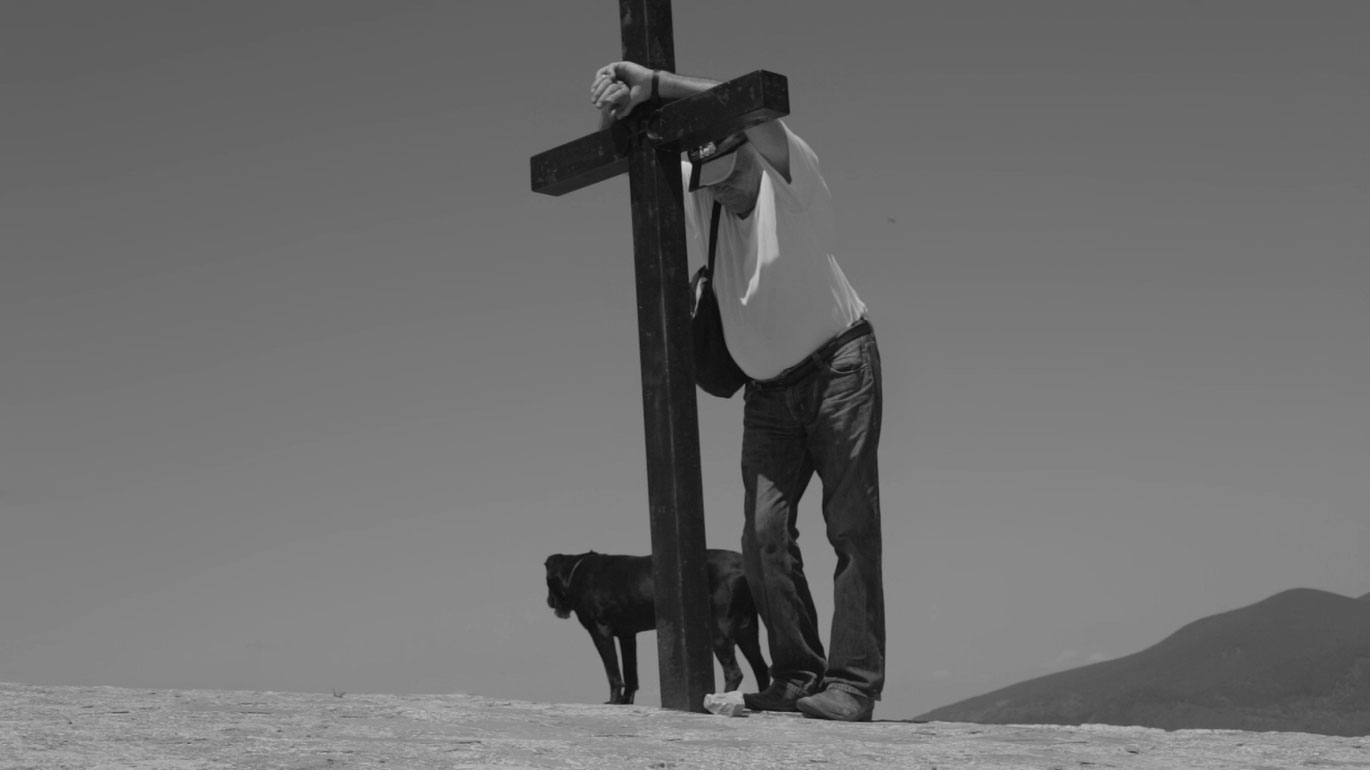 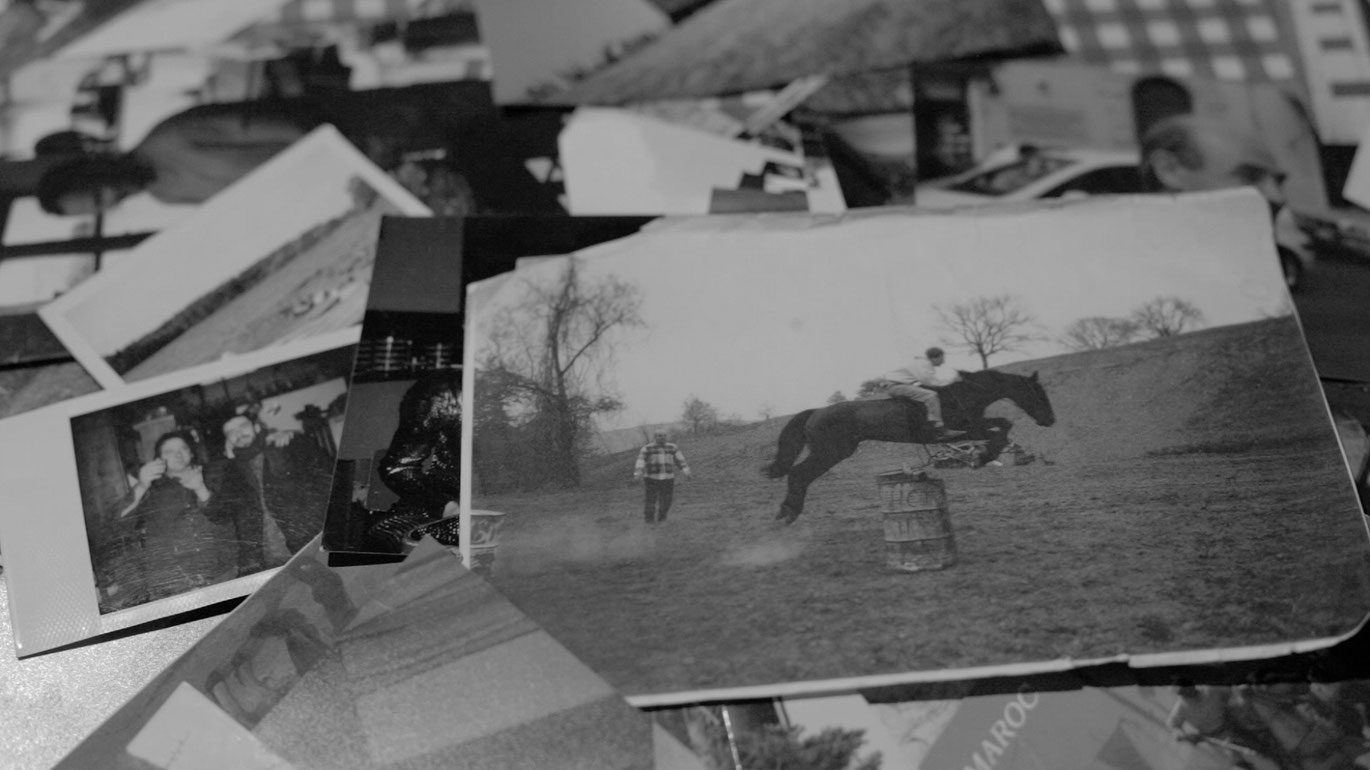 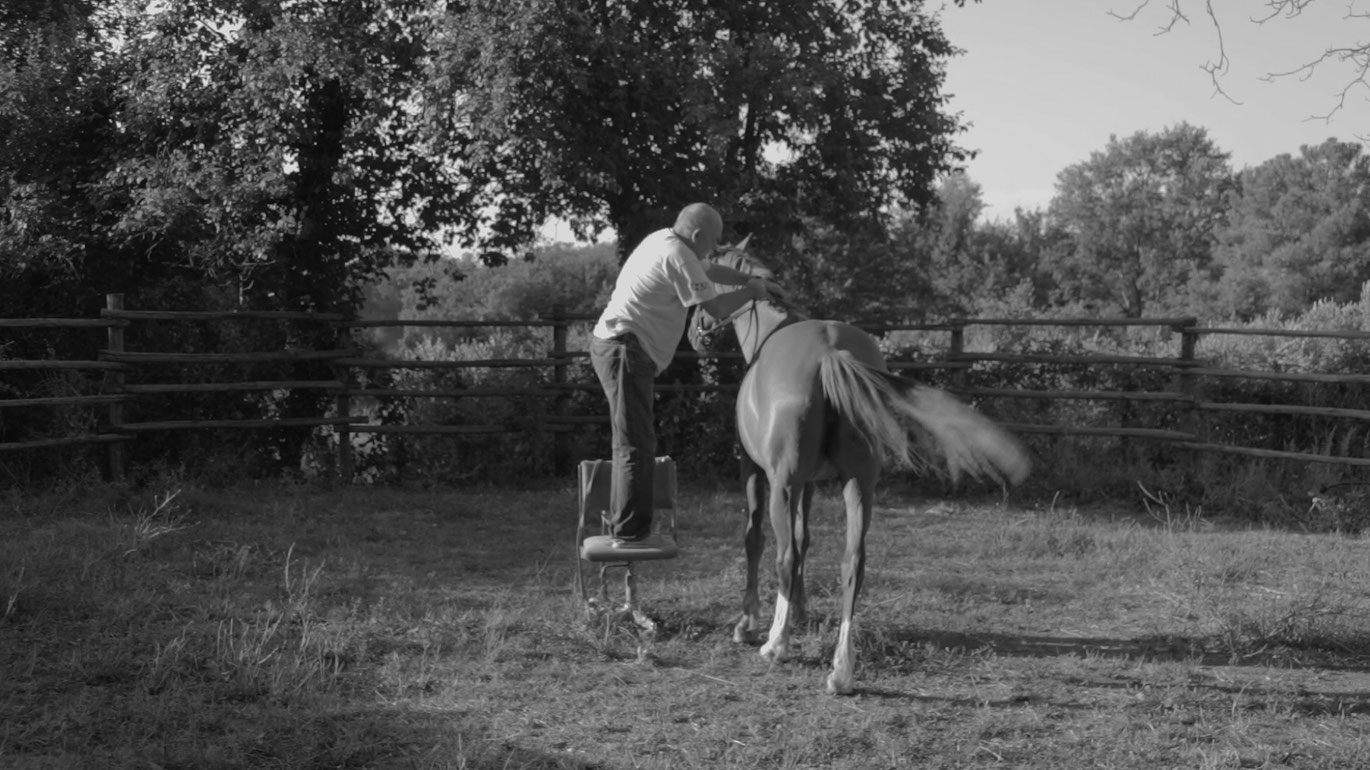 As a 19-year-old, Jochen was drawn to Berlin. He sold stolen records and weed to finance his studies. Later it was heroin. He dropped out of university and went to Afghanistan to smuggle marihuana to Australia. He arrived here, in the south of Tuscany, a couple of years later.
He’s turning seventy in two months time. The film shows Jochen’s everyday life and his thoughts. Of his time as a hippie, dealer, prison inmate, father and farmer. It’s about handling your own story. Remembering and forgetting. About transcience/mortality. A film about the here and now. (DF)

When it comes to his horses, Jochen speaks Italian. After adventures that took him half way around the world, the protagonist of Daniel Fill's film landed in southern Tuscany. Beforehand he had lived in a commune, sold hash from Afghanistan to Goa, or shipped it by car to Australia. The money Jochen earned selling drugs afforded him his house in Tuscany – it's not exactly stately and a lot has to be improvised, but still.

The film's opening takes a roundabout approach to its protagonist, fixing on details of the surroundings before focusing in on a village street, a house door and finally, Jochen himself. We follow Jochen as he makes his current daily rounds. At close to 70, his heart requires regular watering at the village bar. But his tales of the past in the film do not come across as stories of olden days, instead serving as an animated backdrop for the protagonist. The images of the film correspondingly combine: expansive views serve to span the breadth of the narrative while closer shots focus in on smaller tales. Jochen does not fall into a romantic rut looking back on his life. The film follows suit, at one point even letting him pound the table, "Something has to happen!" Desires for adventure felt in Jochen's youth have largely been satisfied. He has been altered by encounters with people, drugs, a handful of detours in prison, reading, learning, but also letting go of his ego. His daily routine is concentrated on his two horses and local excursions. At the end of the film Jochen pants his way up a mountain, to the accompaniment of Italian enfant terrible of 70's pop music, Rino Gaetano, ­singing about his dreams of anarchy... A film about life and aging beyond monotony. (Fabian Tietke)