Hiding in the Lights 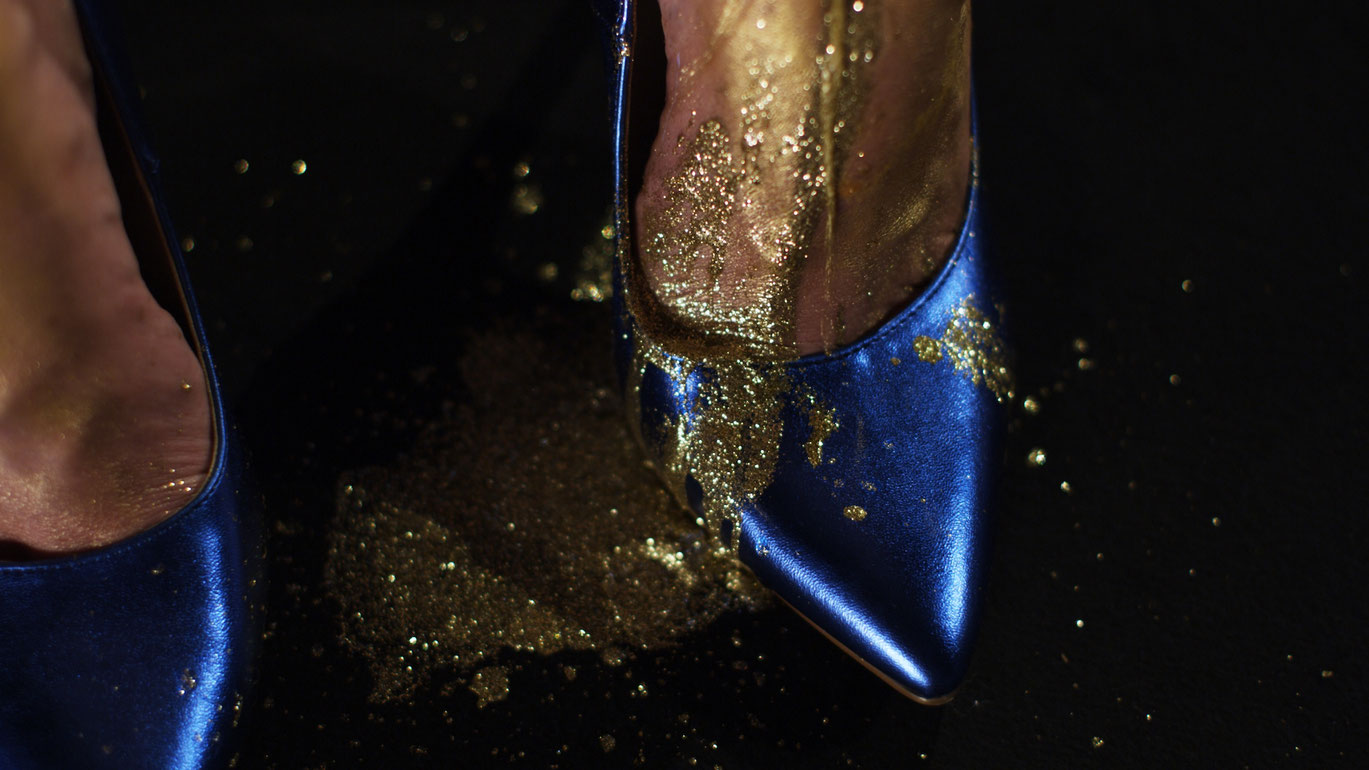 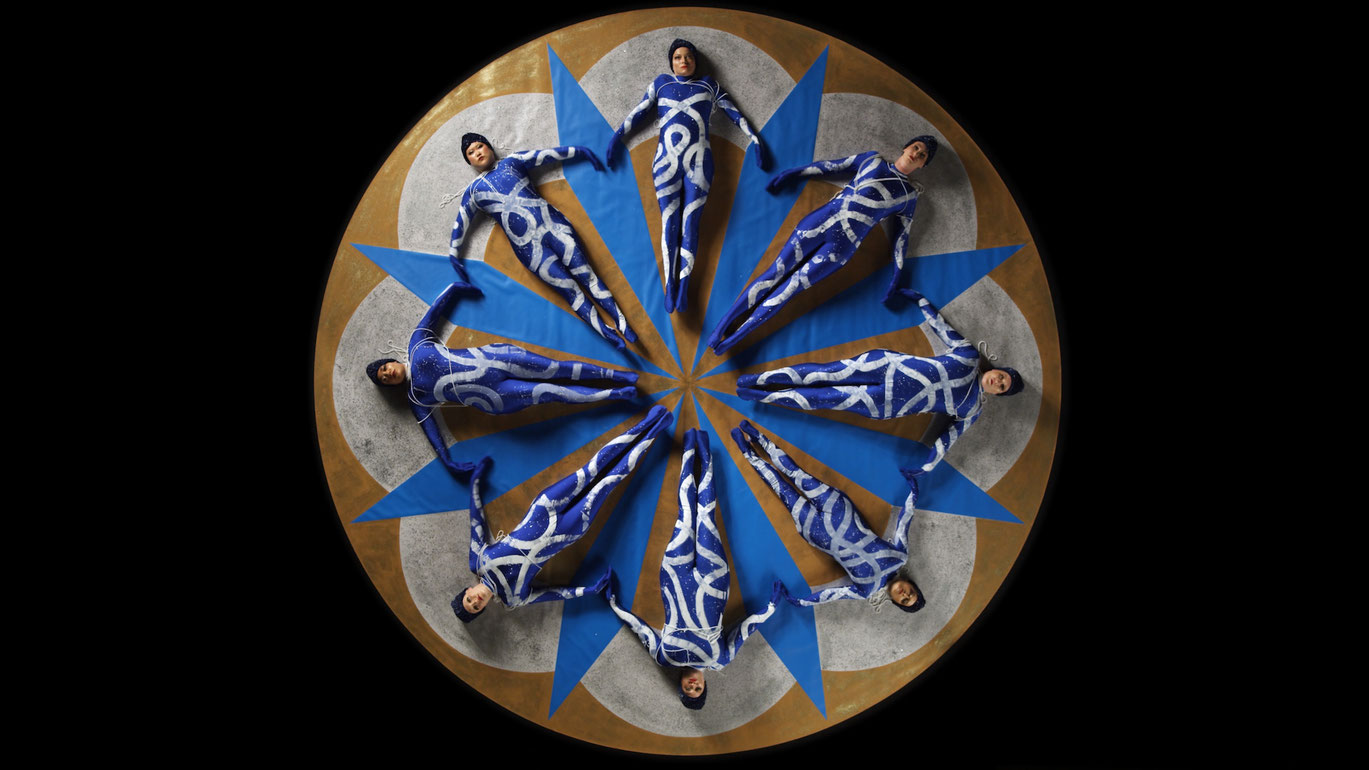 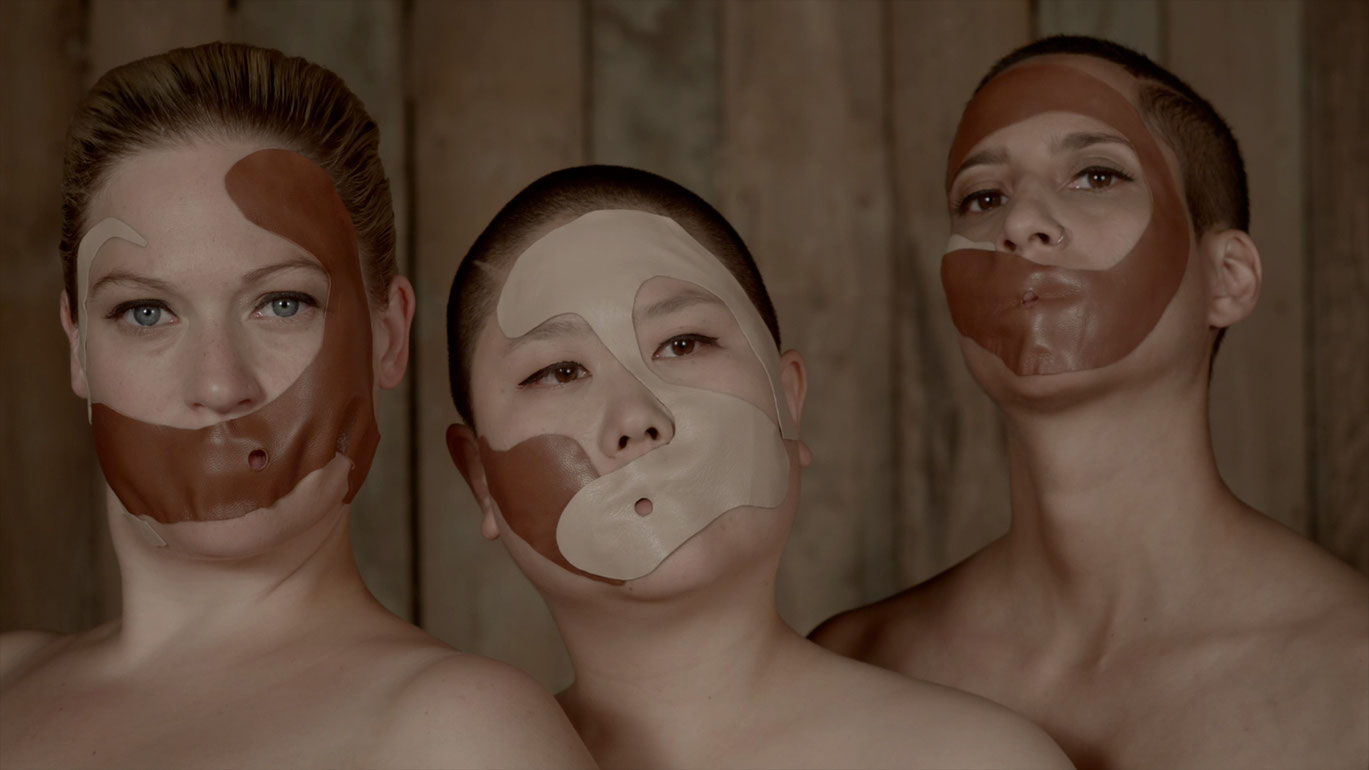 “Masks are made of different quality materials: cardboard, velvet, flesh, the word. The carnal mask and the verbal mask are worn in all seasons,” writes Claude Cahun, the artist and master of masquerading disguise, in 1926. At the same time this statement can also be read as stage directions for Katrina Daschner’s Hiding in the Lights. In the condensed concluding version of the eight-part series based loosely on Arthur Schnitzler’s Dream Novella, every sequence is devoted to a richly detailed staging of sites and bodies, costumes and masks, unfolding in an elaborate, materially obsessed, and fascinating way.
Different than in Schnitzler’s literary model, in which the masks can be read as a sign of shame, here, as well as with Cahun, masks and costumes are complex markers of the deconstruction of fiction and reality, the melding of performative identity and the true “self.”
This ambiguity is what sparked the filmmaker’s interest in the original material, as did the fantasies that are told through the bourgeois couple’s un-realized sexual desires. In the queer interpretation of the text, she digresses from the happenings in a round dance of performance vignettes, in which everything is erotically charged: from the architectural details to the fabric of the curtains and the wallpaper motifs to the naked and clothed skin. However here, in the alchemist process of filmmaking, taking place is not only this charging and fetish-like staging, but also melding and animating of various living beings, fabrics, and materials: horses and people unite, hybrid plant creatures are born, and sea anemones and corals meet tinsel and strings of pearls.

Daschner wonderfully stages irony, theatrics, and humor; thus, pure camp; whether in the second part in which the chorus-girl-like performers have to bow over and over again to the applause of the invisible, roaring crowd. Or in the fifth part, Pferdebusen, when the Queer Performance Squad, which appears in almost every episode, climbs out of a vagina dentata. But the artist also knows her film history and quotes vaudeville, burlesque, chorus line, and circus as cultural-industry precursors to cinema. Its utopia, which allows space and time, fiction and reality, and last but not least, heteronormative arrangements and role assignments to implode, holds up well in Hiding in the Lights. (Claudia Slanar, Diagonale 2020)

In an alchemy of material and matter, Katrina Daschner stages queer structures of desire: architectural details, bodies, and materials are erotically charged and staged as fetishes, animate and inanimate matter melds with the women performing. At the same time, this eight-part, queer round dance presents, in a quote-like way, a journey through cinema’s origins in the culture industry, in vaudeville, chorus line, circus, and fun fair, as sites of staged visual pleasure. (Diagonale 2020, cs)