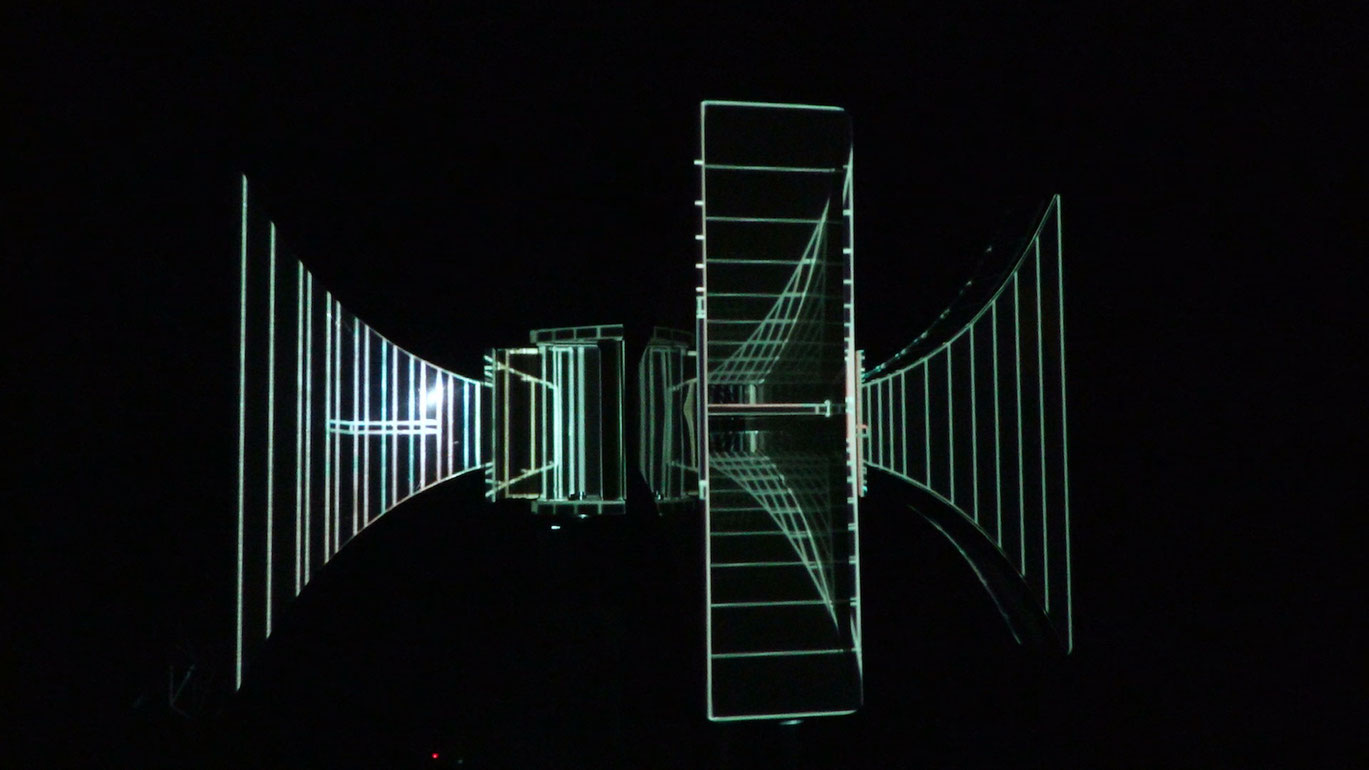 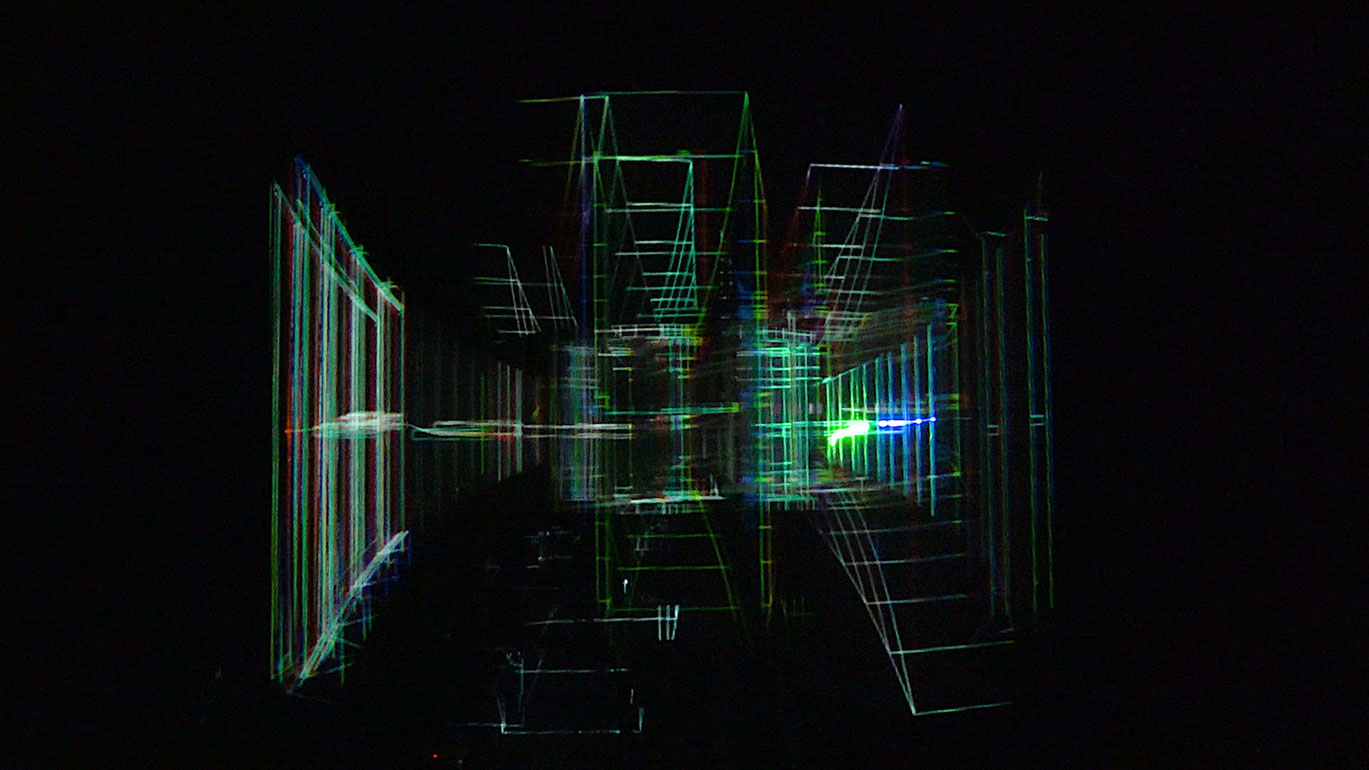 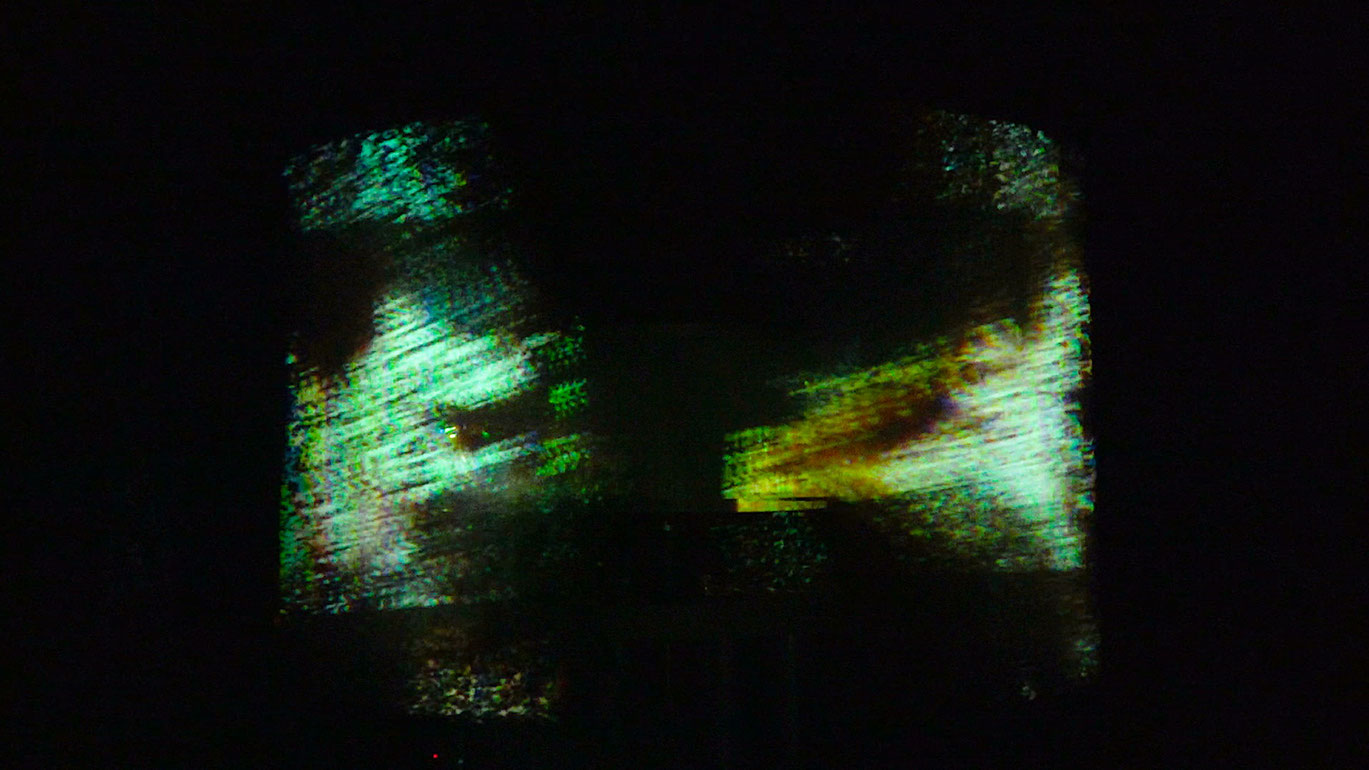 ROTOЯ | Sonic Body is the multimedia work by artist collective NO1 (Peter Kutin, Patrik Lechner, Mathias Lenz). At the center of the video is the eponymous sculpture—the rotor, a sonic body as loudspeaker arrangement that revolves around its own axis at different, changing speeds. Resounding from the loudspeakers is a minimalist composition, whose sounds are modulated by the speed of the rotation.

Projected onto the object are then digital textures produced in real time, which orient on its position with the help of 3D mapping. At times, the object plunges into darkness, while the projection continues to trace its movement, turning the volume into a hologram. The virtual sculpture fans out into geometric forms, bunches into images of a diffused reality. Due to the constant acceleration, it’s no longer possible to perceive the movement in detail, but instead, lines, colors, surfaces, and sounds rush past us.

Over the course of the video, the three levels—object, audio, projection—are sometimes in opposition, sometimes synchronized or reversed; they delete but also determine each other and develop their own multimedia polyrhythm. In the cyclical movement, image and sound conspire and work towards a dizzying and unreal three-dimensionality, a play of visibility and invisibility, actuality and virtuality, visual abstraction and acoustic affect.