A Pile of Ghosts 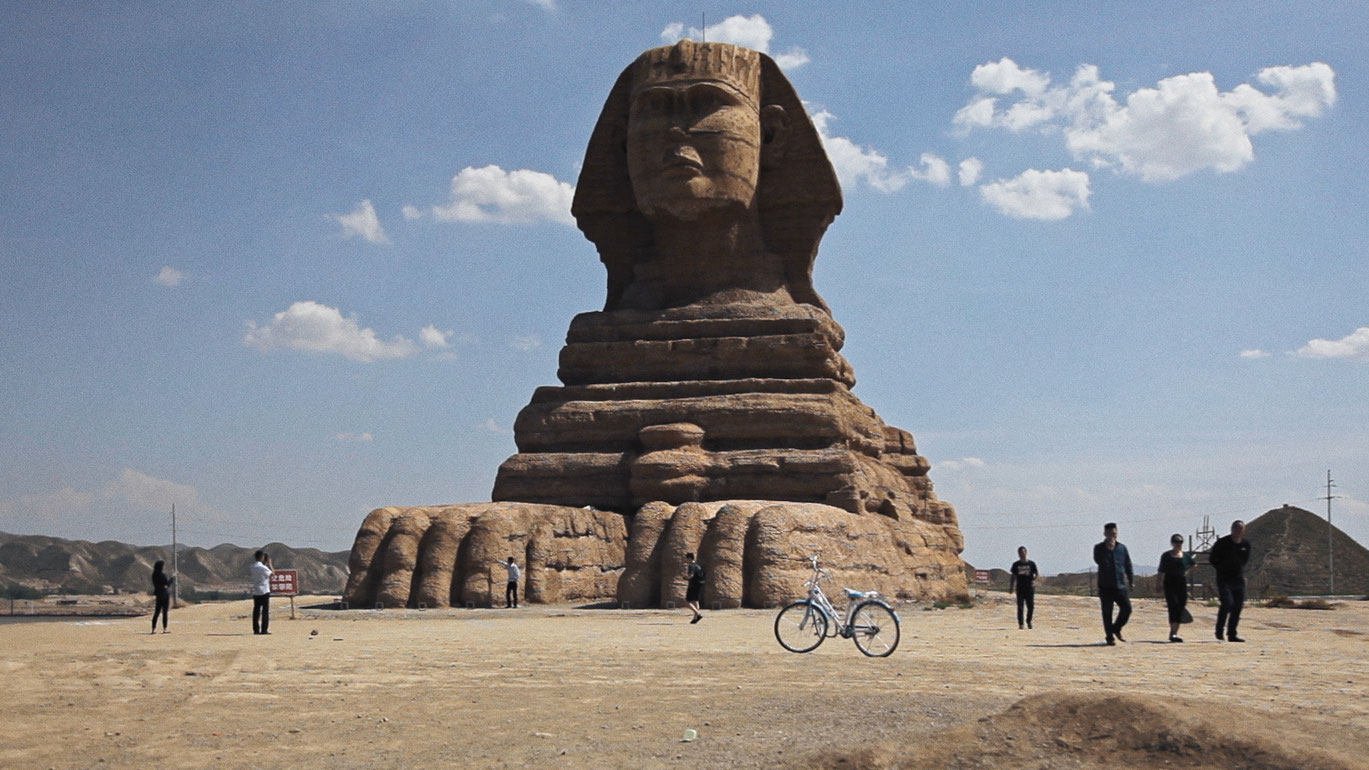 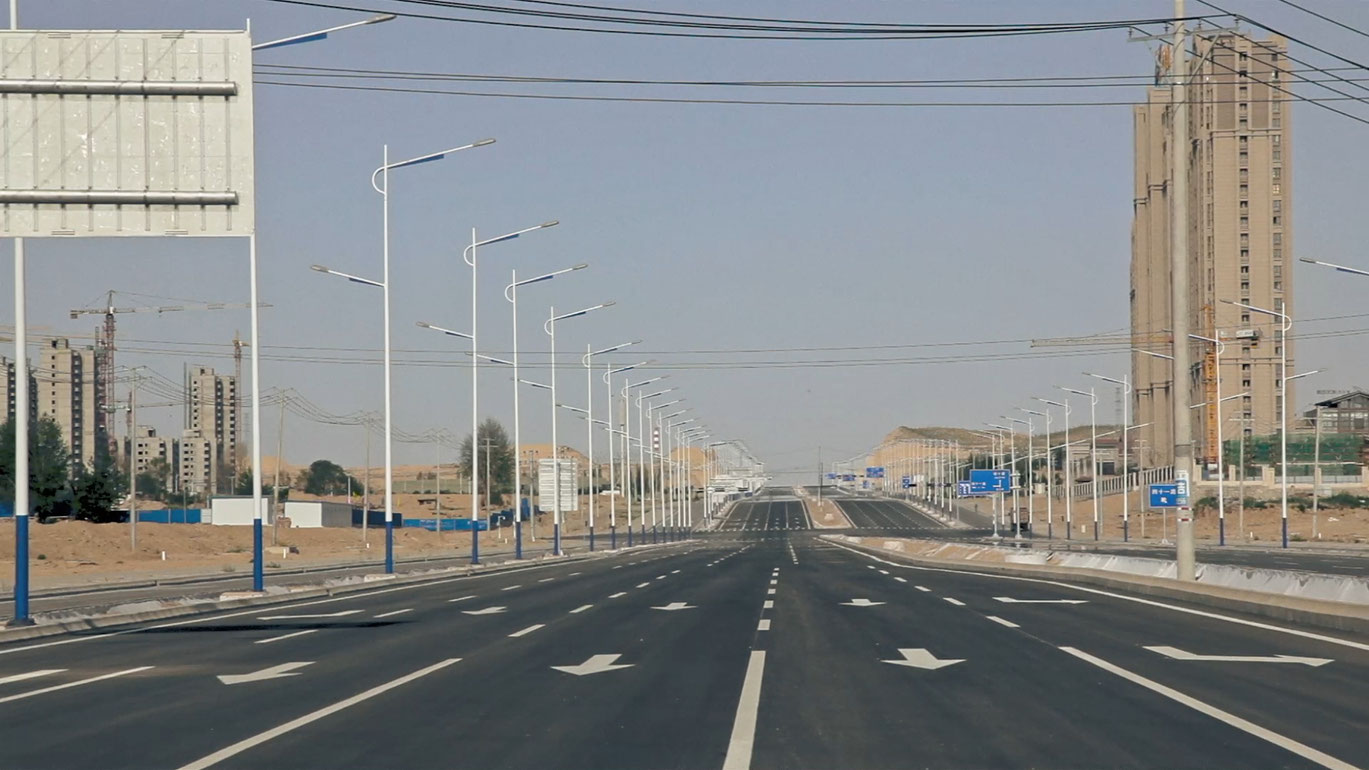 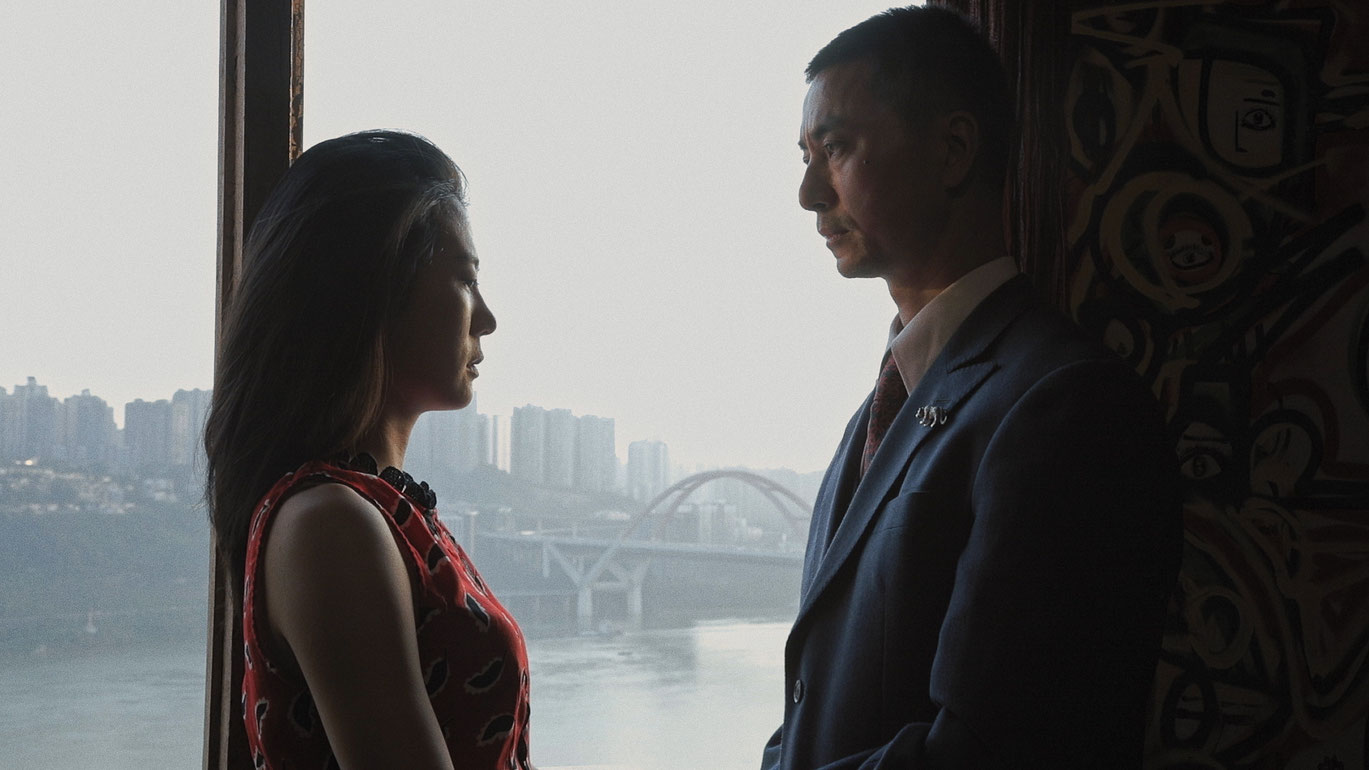 A ghost story of urbanisation. The last hotel, which has been condemned for demolition like the rest of the town, is still standing. The owner Charles imagines himself with a female visitor in the scenes of a Hollywood classic. The vexing interplay of documentary and fiction, in which construction workers, investors and real estate agents appear, takes place in contemporary China, where cities are built entirely on speculation, dictated by the fictions of capitalism. (production note)

The real estate broker cruises around the rambling speculation landscape on a golfcart and adds names, numbers, and products: Ocean Boulevard, Central Beach Road, Lakeside Club, 250,000 square meters, freshly planted shrubs, nonslip tiles, theme clubs, and fishing spots, a playground, three swimming pools, a clinic, a hotel, a beauty salon for pets. The marketing tour is somewhat like a performance whose words circulate through various bodies and objects. “Innovation is the soul, technology makes the city” can be read on a huge poster surface, and a concrete mixer promises: “Building with a Heart.” Here in Ella Raidel’s cinematic exploration of a Chinese ghost city, it’s only logical when also an actress advertises herself like the latest goods: “My name is Box. I am 1.63 meters tall and weigh 46 kilograms ... An actress should be like a box … we have to give the director what she wants.”

Raidel’s film, which forms the preliminary conclusion to her comprehensive research project, Of Haunted Spaces, takes the stage-like qualities of the settings as the starting point for a puzzling game. A Pile of Ghosts shows construction workers and real estate brokers at work—in authentic and also staged settings, in casting scenes and in changing roles. The so-called reality, at the same time, turns out to be increasingly porous, also hard lines of rupture become increasingly apparent in the retort-like surroundings. At a construction site, instructions can be found to not “shit” behind the building. And in the tumbledown “Swallow Hotel” in the hills of Chongqing, amidst persistent noises the dandyesque hotel owner Charles defies the turbo-capitalist urbanization process.

Dead new buildings and ruins, brokers and actors, documentation and fiction, simulation and lived experience, the sounds of a jackhammer and the romantic melody of an old Hollywood film: A Pile of Ghosts layers the seemingly disparate building blocks to form the title’s “pile.” In the end, one ghost story absorbs the other. (Esther Buss)

"Starting with the fiction of the Eiffel Tower in China, the film poignantly shows the fragile actuality that this multilayered and uncertain mass is reality, which is accumulation of various symmetrical objects, such as new architecture and ruins, real estate brokers and actors, the sound of a hammer echoing in the void and music from a Hollywood movie melodrama, the pseudo-romance between a nonexistent hotel guest and the host, etc. We admire the insightful editing and music design, which deeply elaborate the space between documentary and fiction, and we also would like to express our respect for this ambitious film that strikes a unique rhythm." (Jury Statement, Tokyo Image Forum Festival, East Asian Experimental Competition 2022, Award of Excellence)