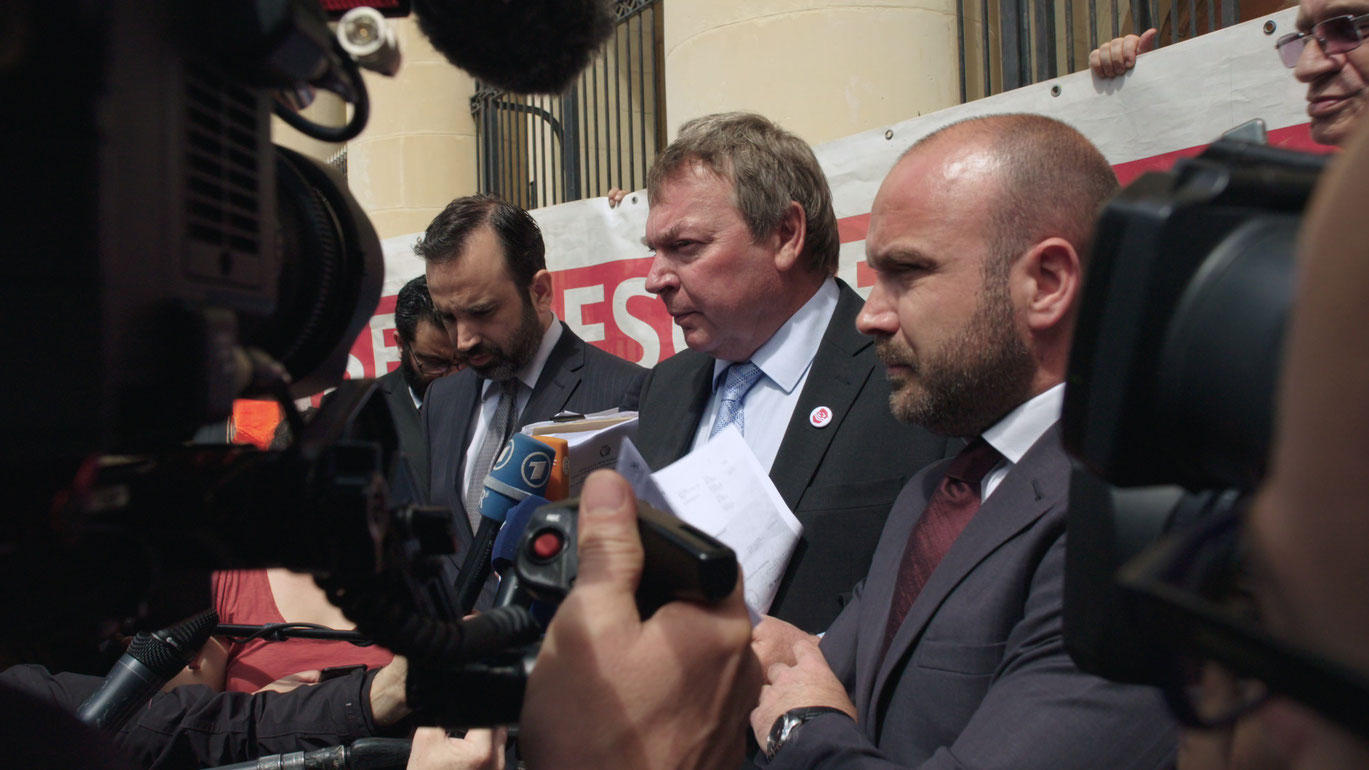 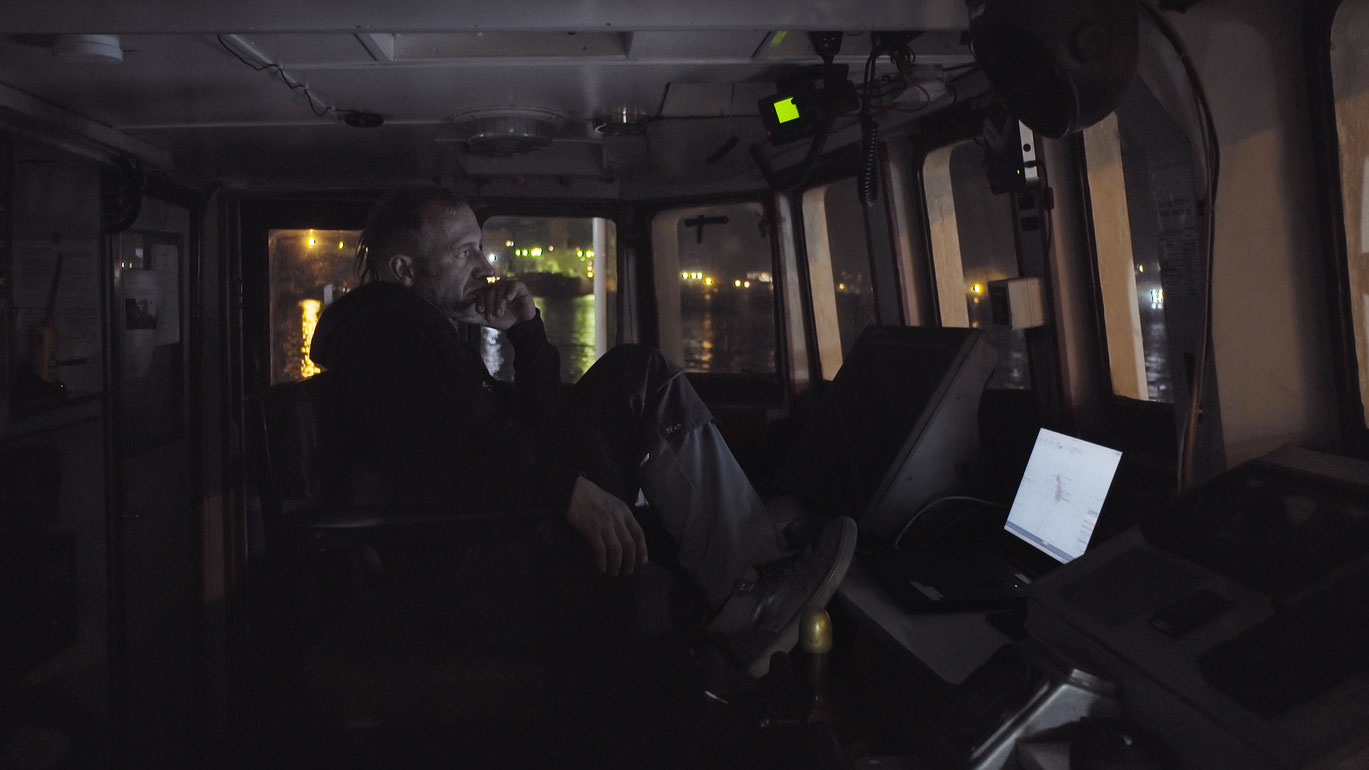 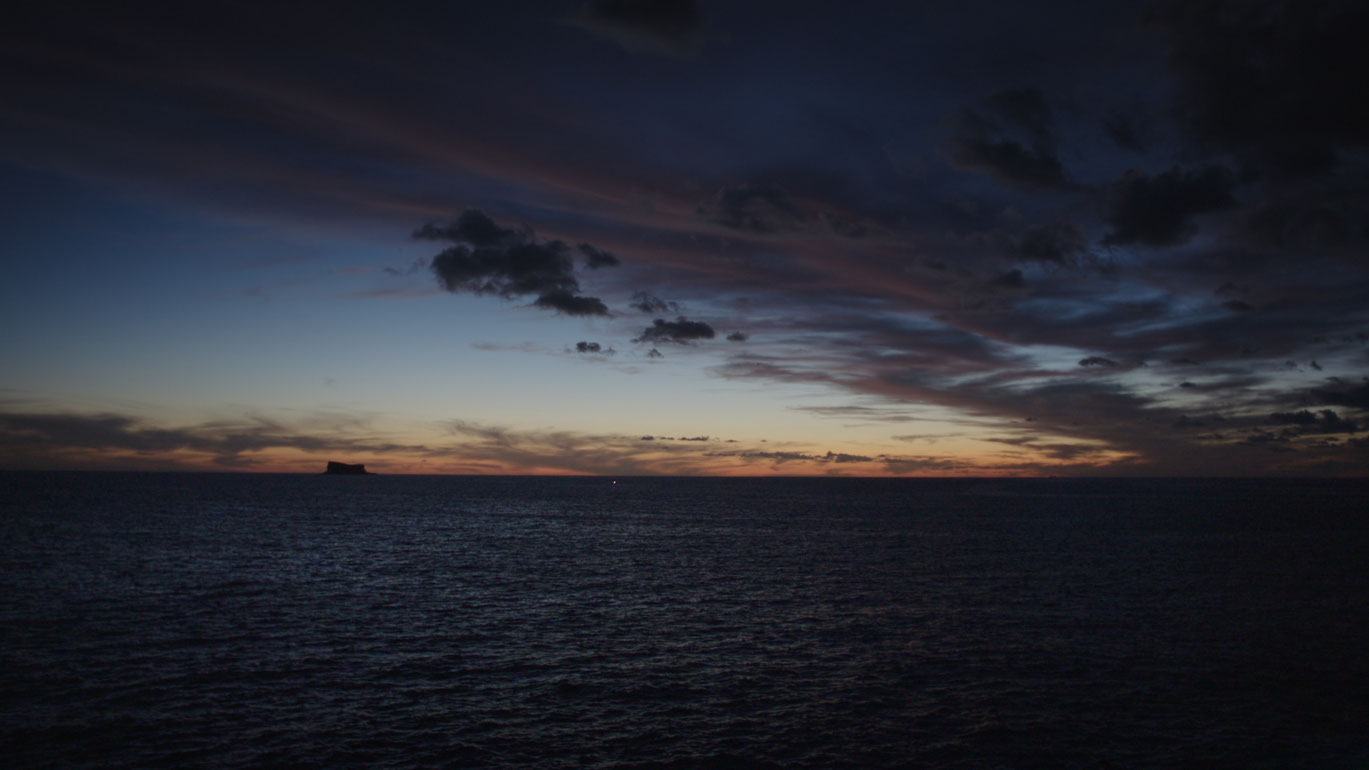 The crew of the emergency rescue ship Lifeline has to wait for months in the harbor of Malta. Its captain is being tried locally—after saving hundreds of people who had fled their homelands from drowning, Claus-Peter Reisch was subjected to legal proceedings. The charge: lack of a registration for the ship.

No News, the feature film debut by Lennart Hüper, accompanies the crew during the period of sitting tight, waiting for a redeeming and anchor-lifting judgment. Ten months—"You could have had a baby in that time!”—during which life out there goes on. Out there, on land and in the ocean, along the deadliest route of escape from Libya to Italy.

Sober documentation of everyday life on the ship is interwoven with reports about displaced persons dying in the ocean, the emergency calls on the marine radio tell in staccato takt about boots in distress, the occasional rescue of survivors, about missing passengers and lost radio connections to the people in distress. Sky and ocean, fluctuating between threatening bluish black, hopeful morning red, and harbor atmosphere in the evening, report the passage of time. Meanwhile, on board Lifeline, a cleaning plan is set up, clothes are washed, someone plays a guitar, people laugh together—the absurdity of the commonplace is revealed in the emergency situation.

The calmness of the crew, waiting patiently, yearning for the moment when they can set sail, contrasts the Kafkaesque growths of European migration policies. The film accompanies Captain Reisch on his odyssey through the courts, during his talks and lectures in front of school groups and guests at award ceremonies, and talks with politicians. The necessity of having to lobby for his affairs—for a humanity that should actually be self-evident— remains painful. (Christina Wintersteiger)

The crew of the non-governmental sea rescue vessel "Lifeline" has been stuck in Malta for several weeks now. After the rescue of over 450 refugees from distress at sea, Captain Claus- Peter Reisch must stand trial and the ship remains confiscated for its duration. Hopes for a speedy trial are dwindling more and more.
What is it like to be forced to wait while people are drowning just a few miles away?
No News gives an insight into the absurdity of European migration policy and observes people who stood up for change but got to feel how little we want it. (production note)