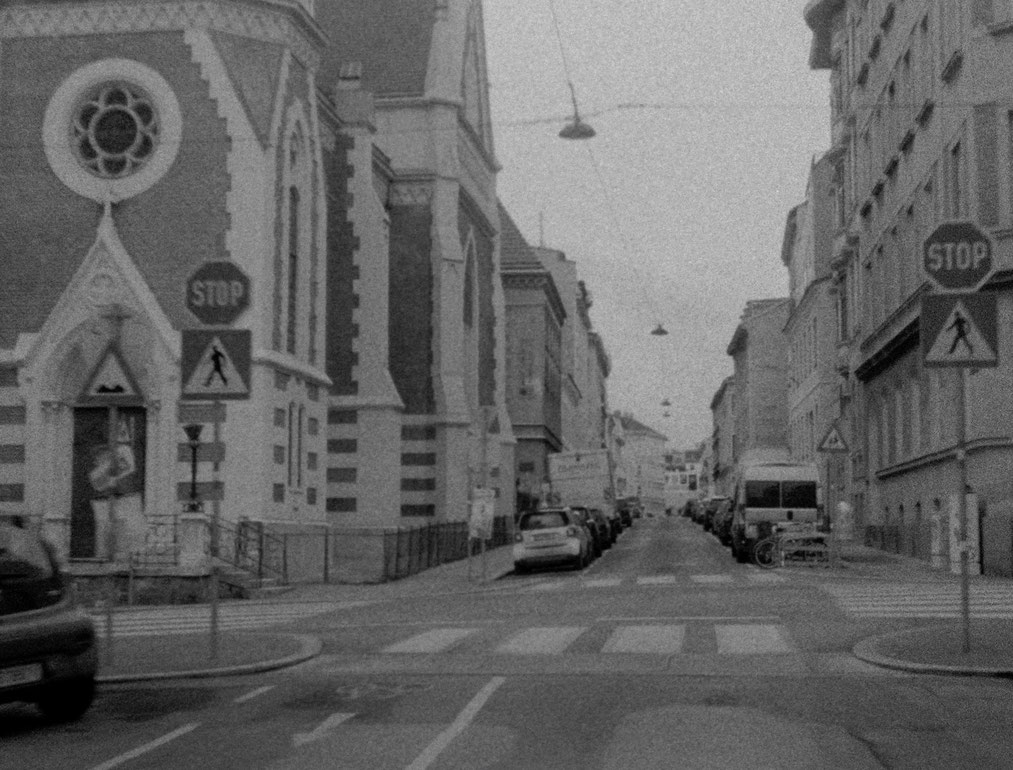 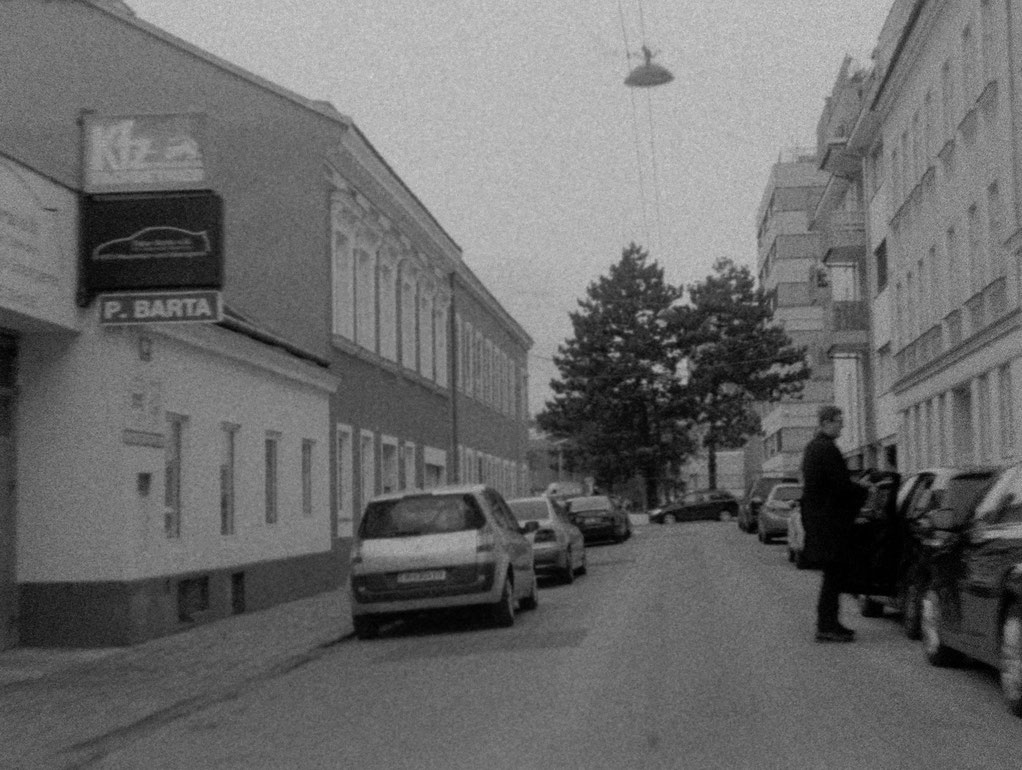 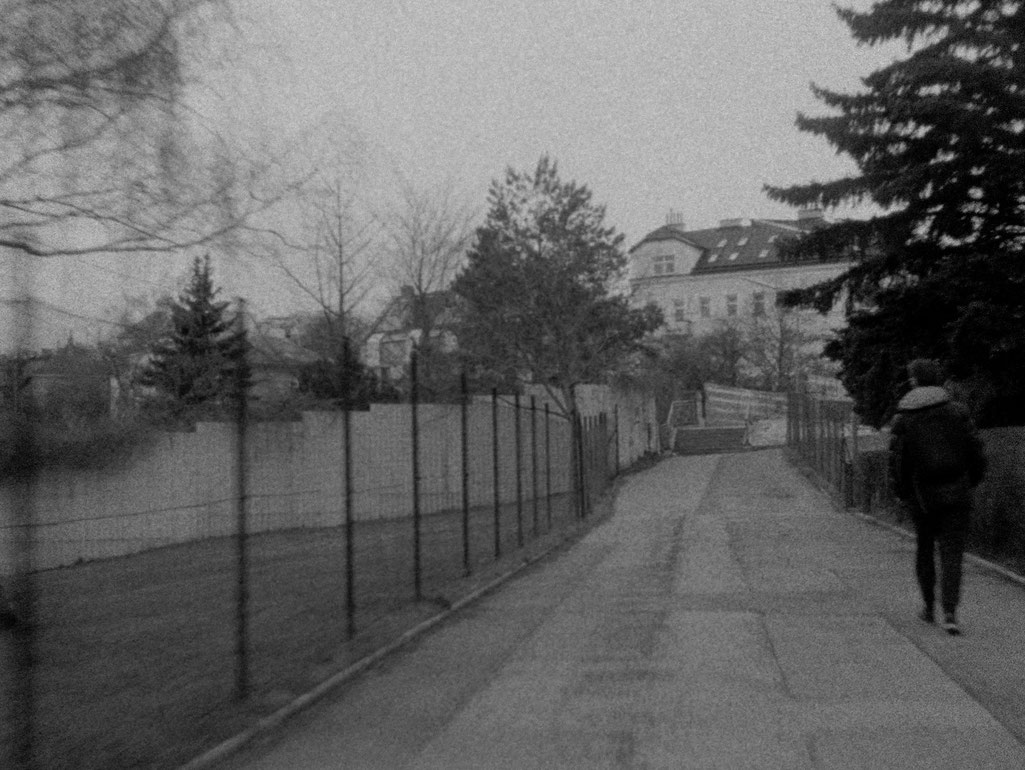 Over half a century has passed between the two films. In January 1967, Hans Scheugl shot his first independent work, Wien 17, Schumanngasse: a phantom ride of barely three minutes in which the beginning and end of the street also mark the beginning and end of the film. In January 2020, Karl Wratschko produced a “remake”: the same street, the same duration, and the same format, 16mm, black and white, no sound. Remade: Hans Scheugl's “Wien 17, Schumanngasse” is less of an artistic appropriation than an homage, a revisiting of a classic of the Viennese avant-garde. In contrast to the usual practice in commercial film, this remake is intended to neither outdo nor supersede its predecessor, but rather to bring it back to life, and back to the screen with a stronger presence.

On the one hand, film history is not a one-way street; on the other hand, the street named after German composer Robert Schumann in 1894, two years before his death, actually now is. This is one of the changes that are most noticeable when viewing the two films one after the other or, even better, in parallel as a double projection. Most of the vacant lots along the drive, starting at the Währinger Gürtel and ending in front of the footbridge leading to Gersthofer Straße, have now been built over; parked cars dominate the streetscape; and there are even fewer people on the road now than back in 1967.

The unspectacular ordinariness of Schumanngasse recedes into the background compared to the deliberate speed taken on the one and a half kilometer route heading out of town. There are no traffic lights, but the eleven cross streets turn both the old and new versions of the film into a nerve-racking action sequence. The driving time, shooting time, and presentation time are all identical. Only with the final image, the film’s signature, does Remade: Hans Scheugl's “Vienna 17, Schumanngasse” cleverly permit itself to diverge from the original: it ends with a street sign from the beginning of the one-way street – “Vienna 18, Schumanngasse”. (Michael Omasta)