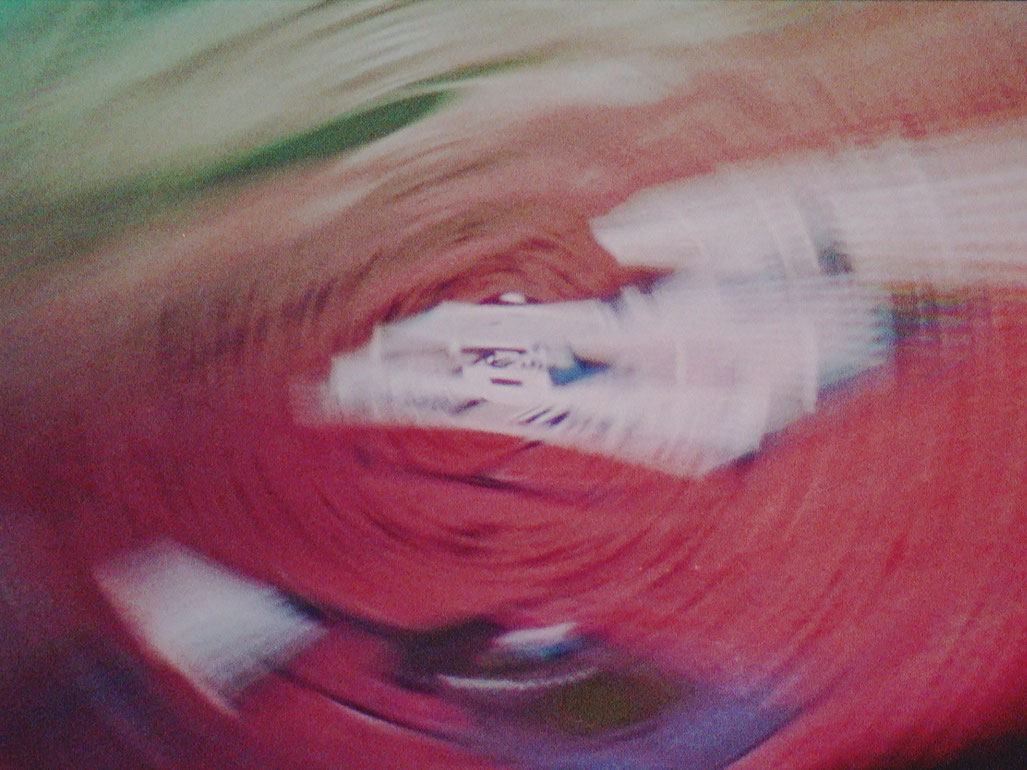 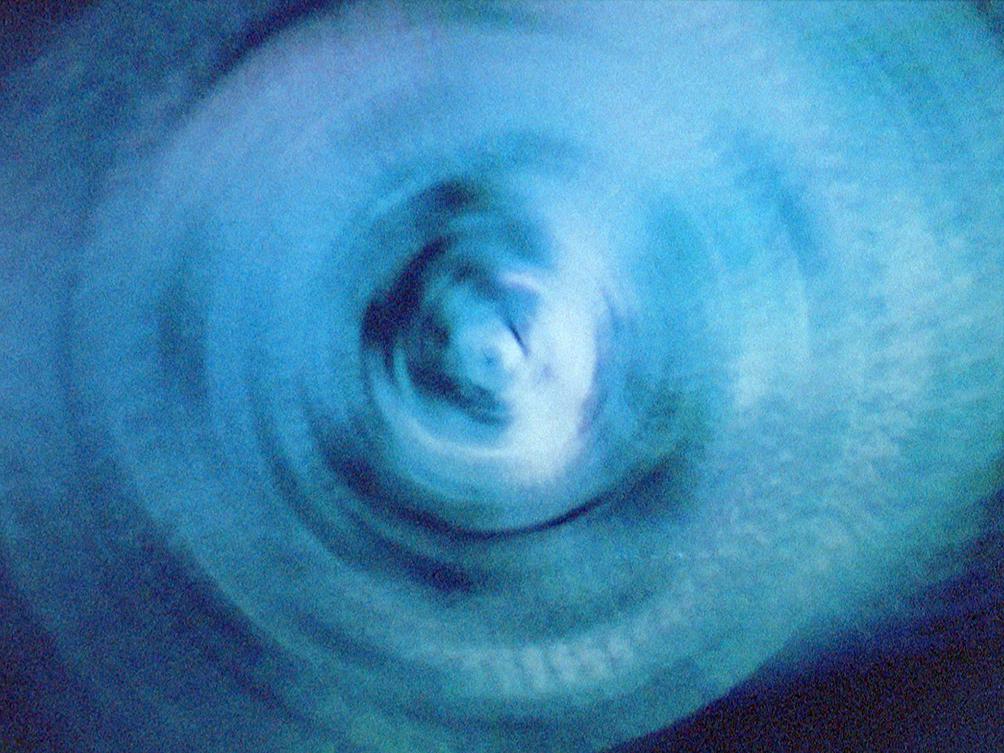 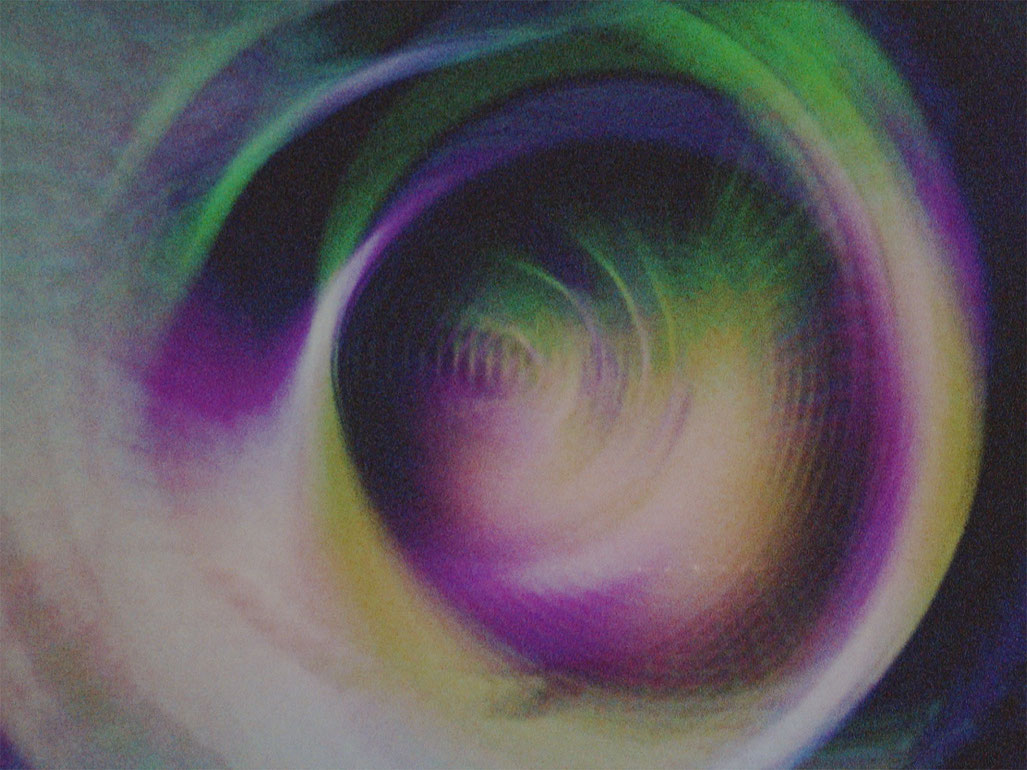 Images of buildings, strange architectural structures, in between vegetation and lots of blue sky: at first glance, it could be travel photos that Lydia Nsiah uses in the film vs. But the viewers’ eyes never arrive at the point of sorting out or more closely analyzing what they see: the images are accelerated, shifted, distorted, and blurred through a spiral rotation.

The artist designed and operated the technical apparatus for this. Recordings from server farms and data centers, which are the result of various translation processes between World Wide Web, expired 16mm films, and digital video, are sent into a metaphorical and literal maelstrom - becoming a mechanical eye that looks back and looks at us, the viewers. In return we look briefly into the abyss of the resource consumption that the server farms require to store millions and millions of bits and pixels.

Hui Ye’s composition processes the analogue and digital sounds of the multiple film recordings. A soundscape of layers and samples arises, which makes the film three-dimensional. The movement of the images, the spiral camera pan, is thus located between repetition and standstill, and becomes a seemingly eerie “impossibility.”

Like in earlier works, also in vs, Lydia Nsiah is concerned with recording and forgetting. What might a “body archive” (Julietta Singh) located in the sensorial look like? Who or what do data storage systems exclude? Can gaps be intentionally included in an archive? The strudel of images, the hypnotic sound of vs set the viewer’s entire body, not only the eye, in upheaval, in rapture, which deprives the subject of an ontological base. Arising through this “queering” of an established cinematographic human-machine connection is the possibility of a new, different way of dealing with memory, production of meaning, and ultimately cinema. (Claudia Slanar)

vs (or "virtual spiral") deals with the dynamics between time and body in film. On digital video and non-reliable 16mm-film the processual of time and (film) body is visually transformed by spiraling camera movements. Here, contrary movements, distance and proximity or depth and surface enter into a dialogue with each other. The spiral runs like a thread through the film vs. For creating the spiraling effect the artist Lydia Nsiah invented a camera tracking machine and shot in-studio, operating the movements of the camera live while recording.