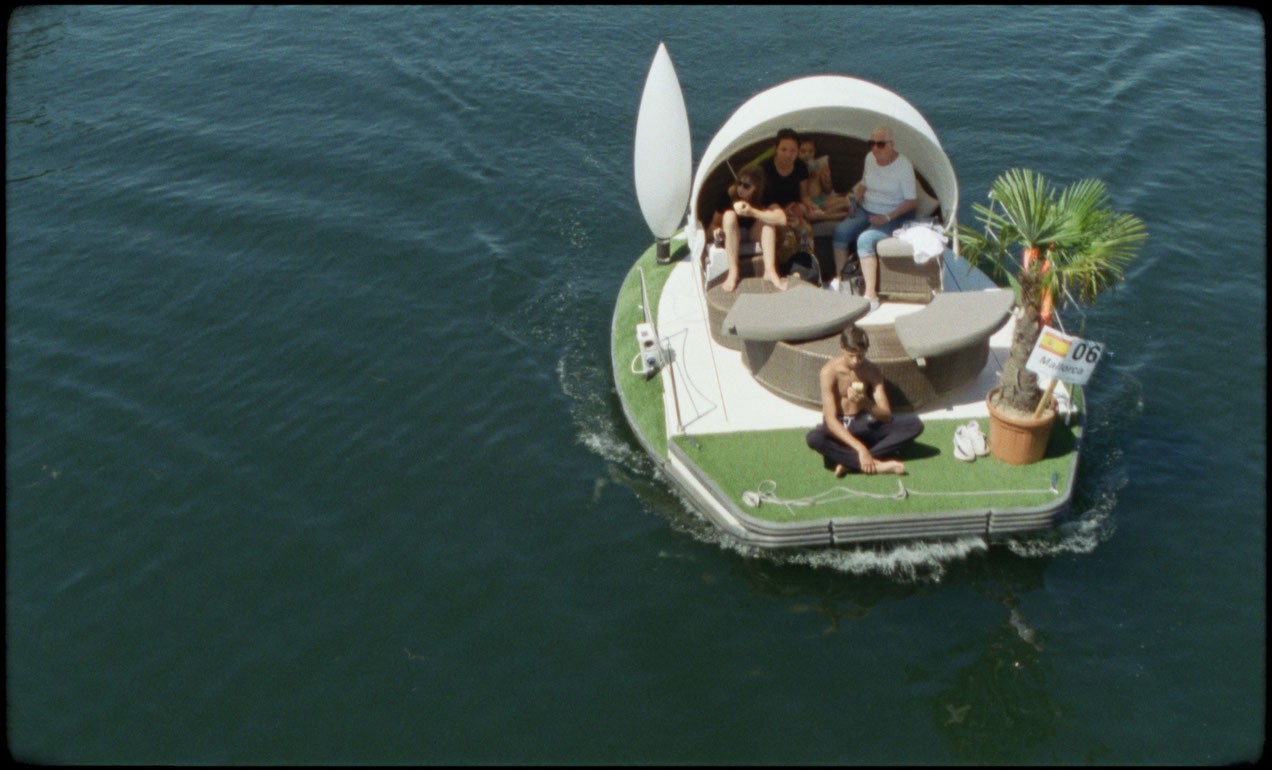 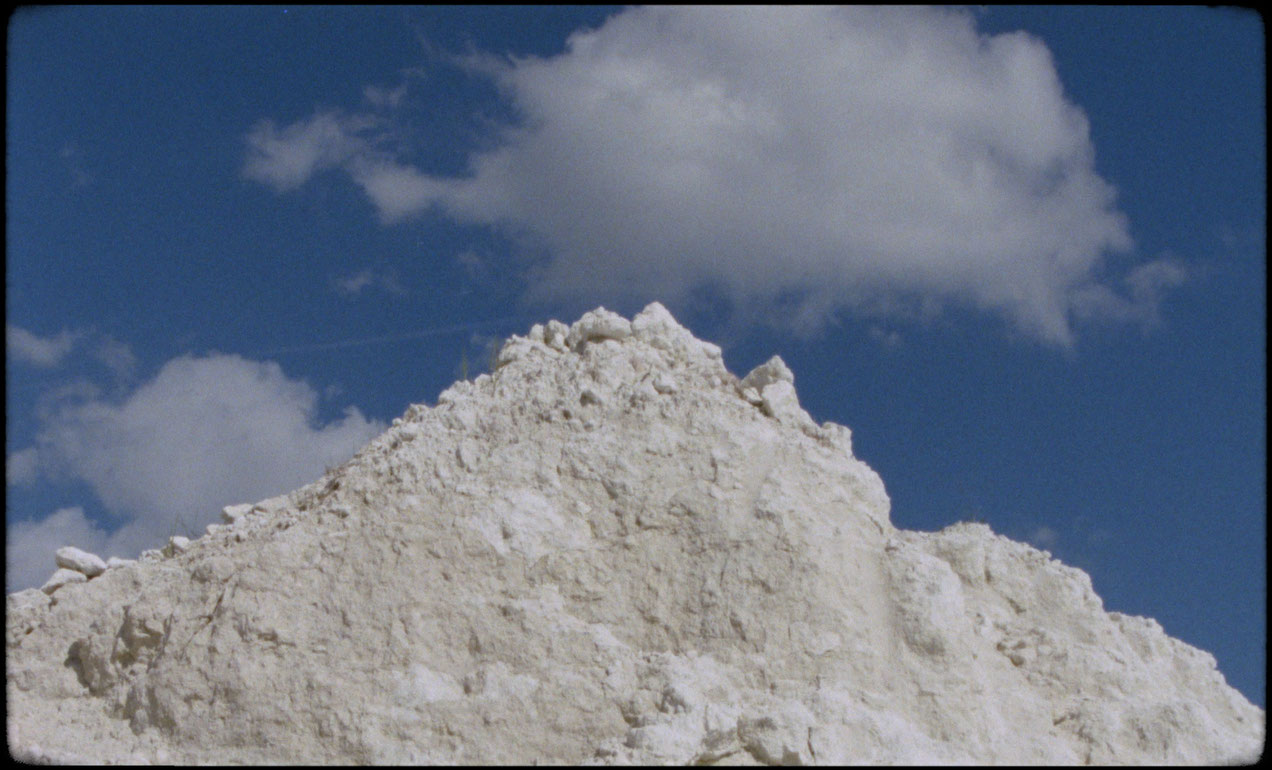 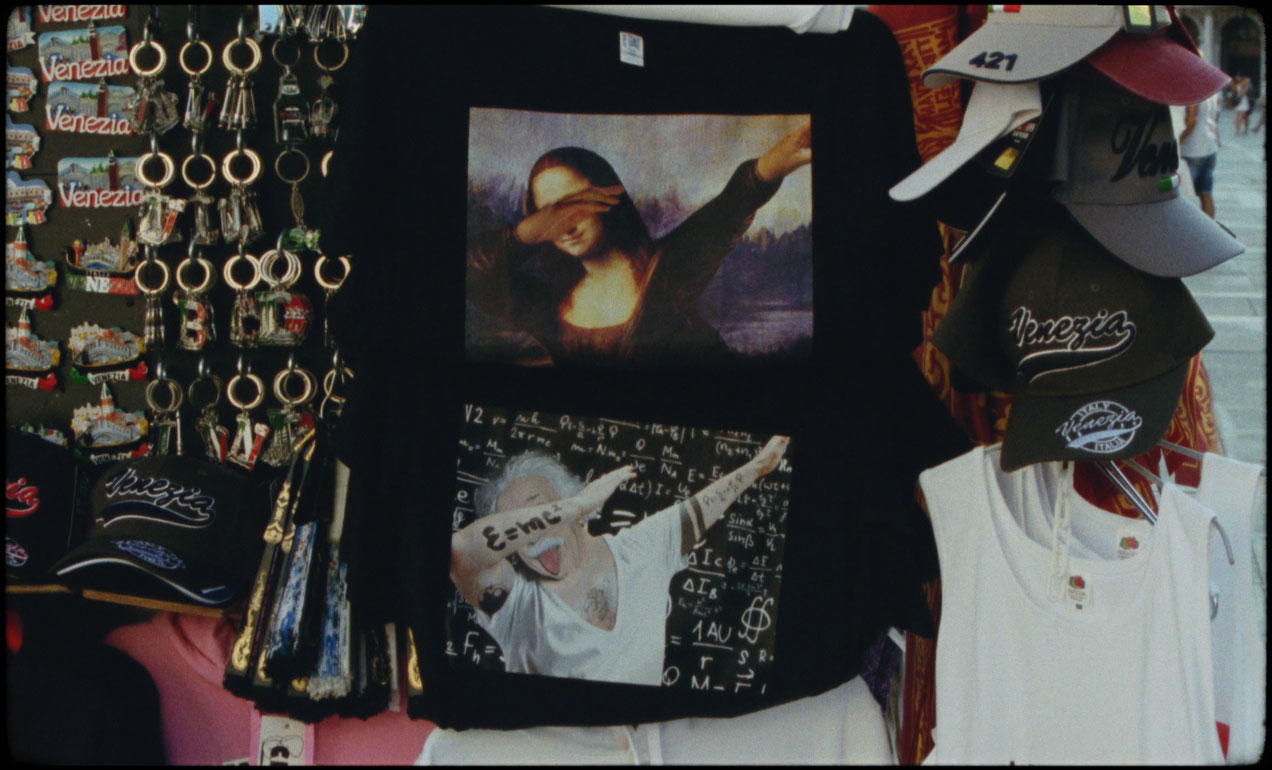 “It’s the end of August. The air is sluggish. And it’s hot.” These last three sentences in the voiceover to August's Places, Valerie Pelet’s cinematic travel journal, actually sum up quite well what to expect when you see it: in Super-16 reflecting the heat, Italian impressions of the mid-August holiday season, overcrowded beaches, idle people “in search of a new skin color”. In between, quite casually, as if edited by the camera itself, everyday impressions from Austrian border regions like the Waldviertel: the front of a butcher shop, a postcard with a message of thanks, the last chunk of a sausage next to a large portion of mustard, moths.

The (Western) world, as it presents itself here, might deservedly allow itself to waste a little less energy and effort just once a year. At times, however, the viewer is tempted to mistake the moments of calm and motionlessness with a great general indifference, especially when the voiceover speaks of refugees and deportations. “My sister’s husband has been waiting for a humanitarian right to stay in Austria since August 2020”, Valerie Pelet writes in a short text about August's Places: “Due to unfortunate circumstances, he lost his residence permit for the entire Schengen area. This event prompted me to drive to the very same places that he passed through – all the way to the Austrian border – and to think about what happened. Despite the revolting feelings about the recurring injustices in these landscapes, with distance and without resentment I have tried to recount the memories I found.”

What remains, then, is a melancholy that seems to casually collect images and notes, out of which a kind of criticism can be formulated. As Walter Benjamin wrote towards the end of his life and his escape, shortly before his suicide in Port Bou in 1942, about the “concept of history”: “It is never a document of culture without at the same time being one of barbarism.” Valerie Pelet’s film stands as emphatic proof of this thesis as it invites repeated viewings. (Claus Philipp)