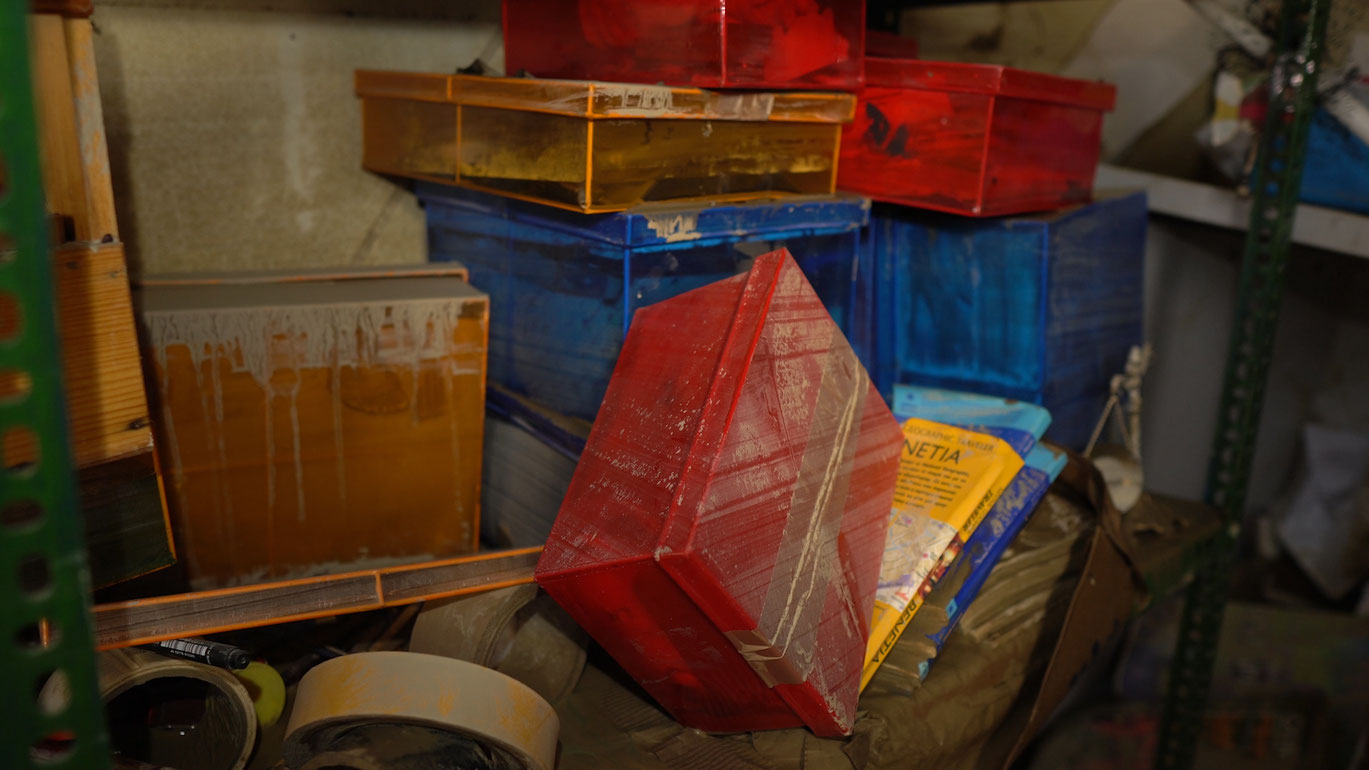 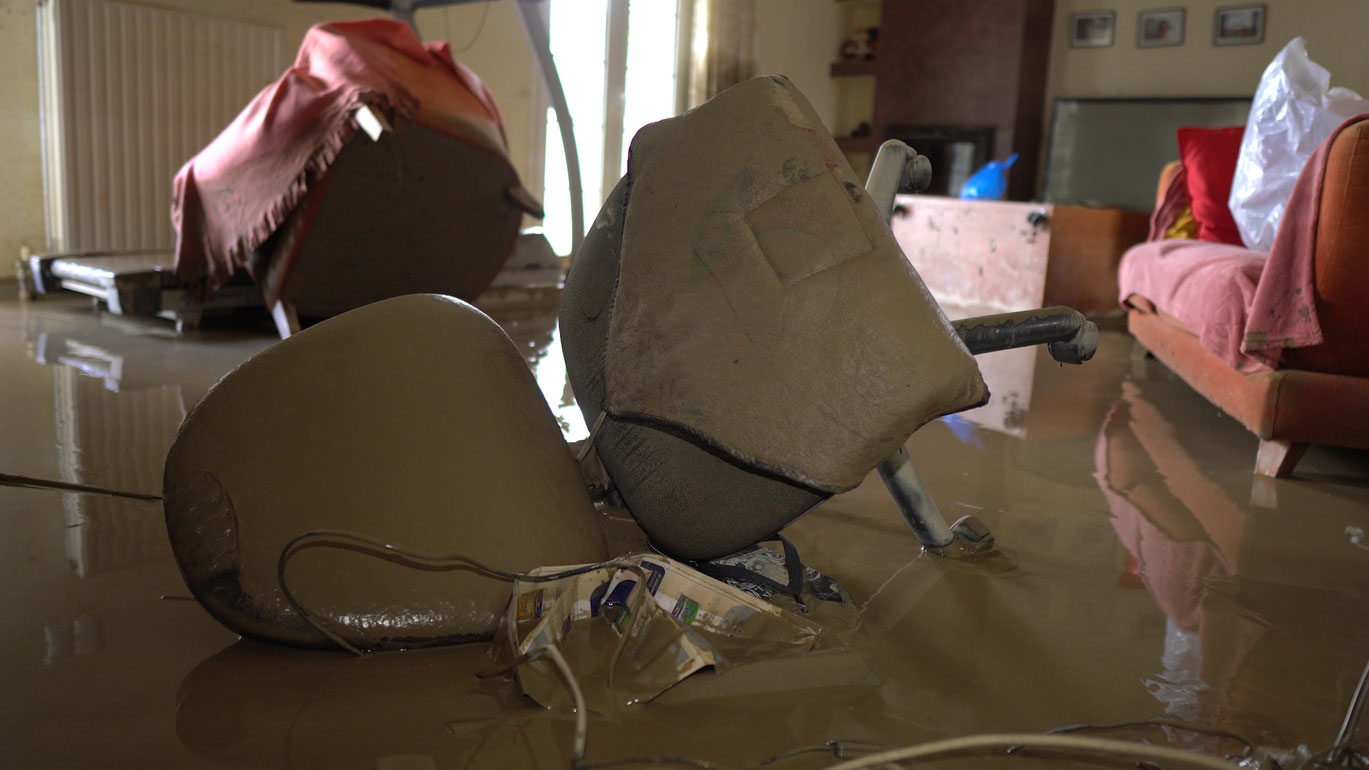 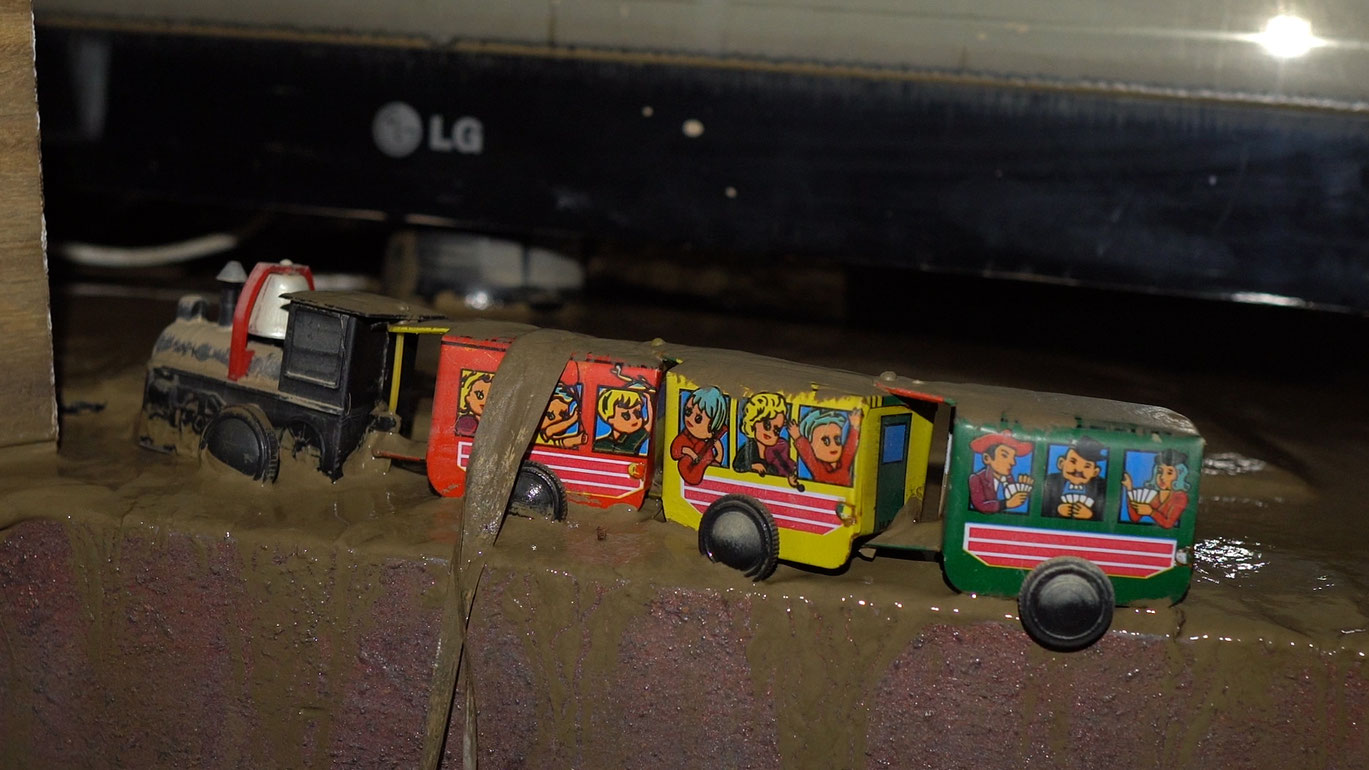 “Saving Some Random Insignificant Stories” is a goodbye film to my parents’ house. One night in December 2021, after an  unusually extreme weather event, my parents’ house flooded, and they had to be rescued by a boat. They lost almost everything that night, including their dog and their cat. Two days after the flood, when the water level went down and I could finally enter the house, I tried to extract as many objects as possible, and for the rest, I made this film. (Anna Vasof)

Citing and paraphrasing Walter Benjamin, one could say: Objects of our youth and childhood that are covered in mud are “dialectics at a standstill”, “in which the past and the now come together in a flash to form a constellation”. In Saving Some Random Insignificant Stories, Anna Vasof's camera looks exclusively at such things. In a town threatened by the consequences of climate change, a storm has flooded her parents’ house. The filmmaker enters it two days later to film what is beyond salvaging because it is no longer usable — all covered in mud and permeated with the now.
Vasof records in a double sense: she records images and within them also records things, that is, in themselves. By lining up the things that become images and, on the audio level, telling in a sober, unsentimental tone the story of her childhood and youth, at school and at university, of successes and failures, each thing becomes part of her story. But the whole is more than just the reconstruction of an autobiography. Because the mud always reminds us of the presence of the objects, and their narrative deals with their relationship to the past, what was and what is move closer together to form an indeterminate in-between state that is at the same time both realistic and difficult to grasp.#
Anna Vasof’s cinematic works are explorations of the fundamental properties of the medium and move between cinema and visual art. This film ironically begins with architectural models that the artist had realized as part of a project in which the buildings near a choppy river are supposed to float as it rises. Saving Some Random Insignificant Stories is itself this sort of space: a vessel that remains without negating the change that has affected itself and the objects it collects. Therein lies the melancholy of the film, which is a farewell to things and their stories and yet keeps a firm hold on them.
(Alejandro Bachmann)