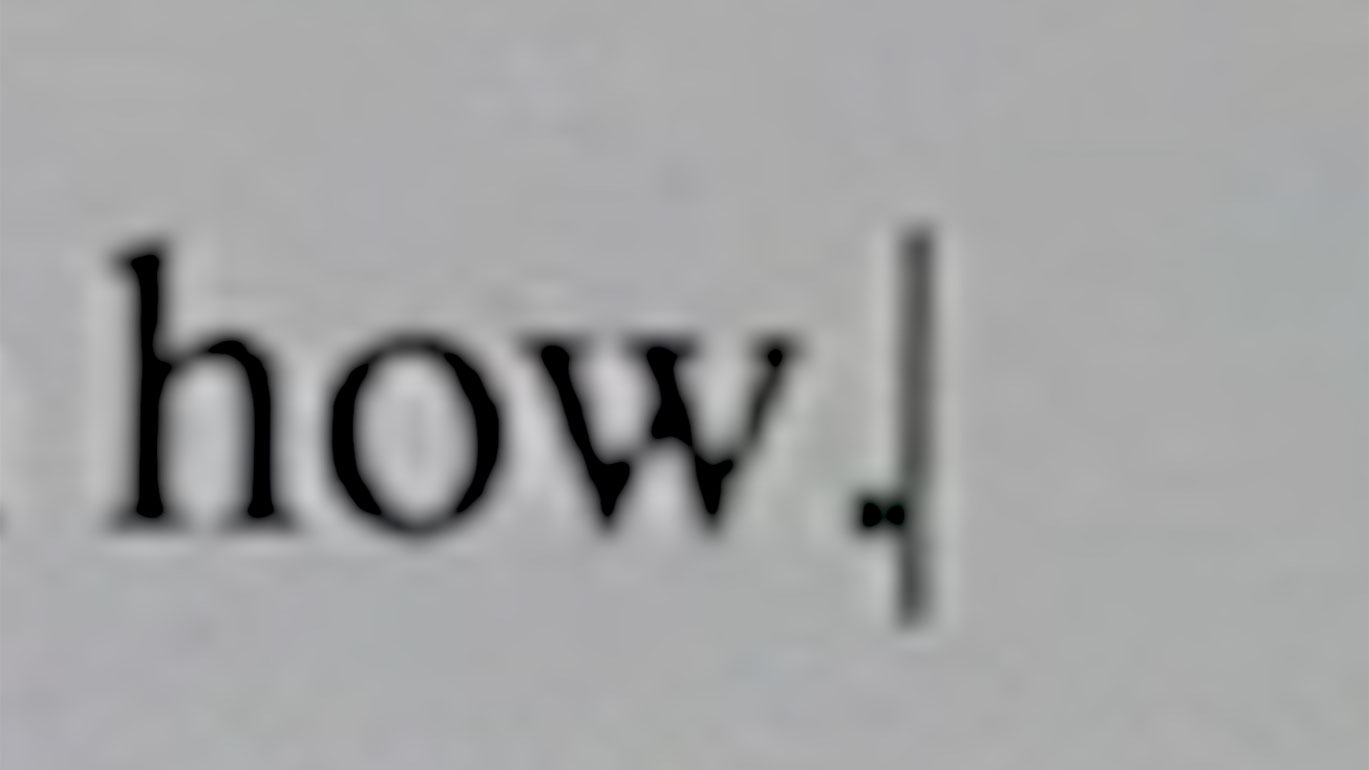 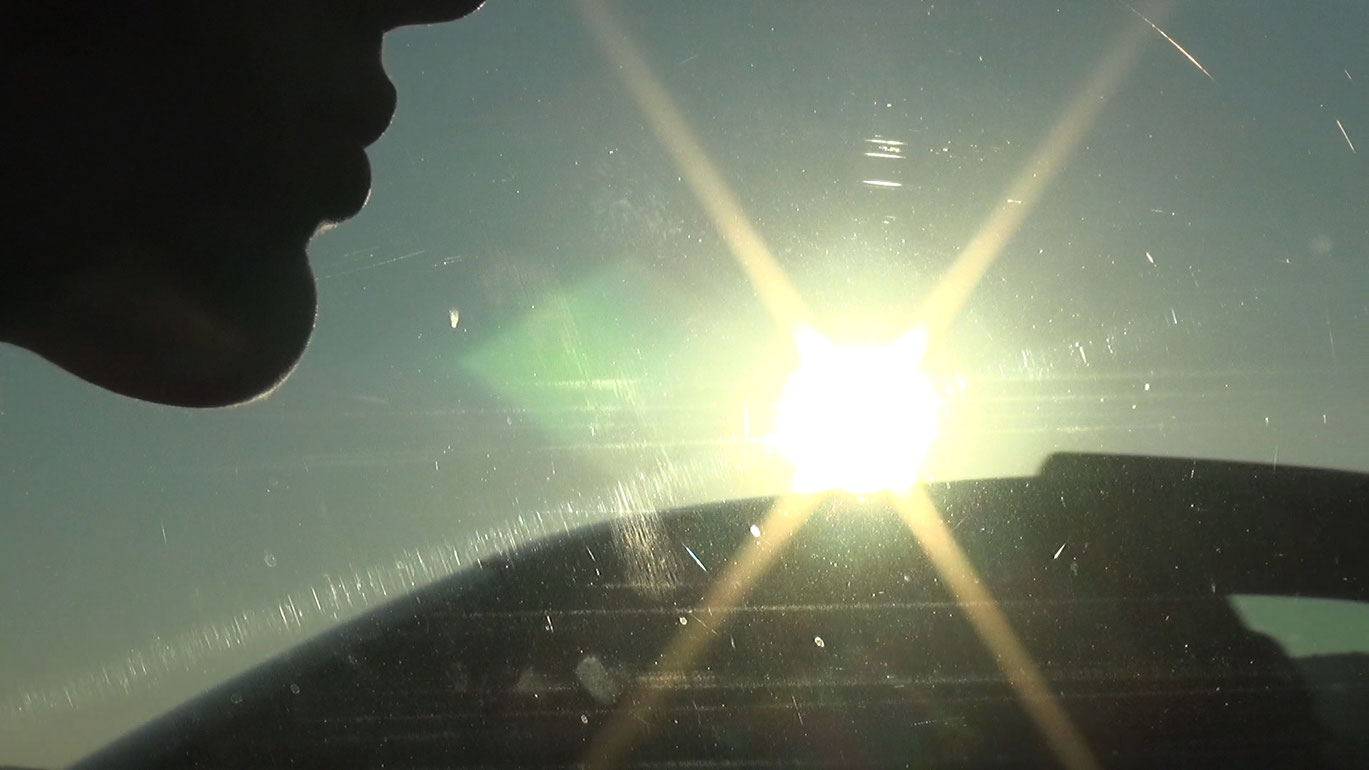 “It’s about a man and a woman who no longer speak the same language. The dog they take on walks intervenes and speaks. How I’m going to do it, I don’t know. But the rest is easy,” Godard once commented about his film Adieu au langage. Eerily enough, these sentences come to mind while viewing Imagine Language (Day_00, Day_03, Day_01). In the age-old polemic of film and language, are the terms “adieu” and “imagine” in greater symbiosis than previously considered? Imagine that Chantal Kaufmann’s film initially gets going after the farewell from language. Imagine that language has returned in the course of the work but has not been allowed to occupy its old explanatory role — thus the verbally indecipherable endows it with a sense of magic.

Three days, three parts. A stream of images, songs, sounds — and writing: first, hacked into the computer, then in subtitle format. The subject matter stays both open and hermetic: mistake, errors, a space kept allegedly unmeaningful, thus the comprehensive exchange occurs in the interactions between sound-, word-, and moving image gestures. Streams of thought become memories, associations lead in rapid cuts from the pigeon to the arm on the steering wheel, or from the pigeon’s eye to the human eye; tiredness, the pigeon’s eye buzzes, the camera zooms into the three letters RAT. As an image flashes, thoughts crystallize before the writing officially formalizes them.

Finally, the driver sits by the river; she busies herself with a rubber band, before turning to the camera with an unexpected gesture. When art gazes at the world, there is always the hope the world will return the gaze. Here it does: laughing, with mirrored glasses and fake vampire teeth made of date pits. A date and a rendezvous: imagine they’re the same thing says language, before it disappears again.