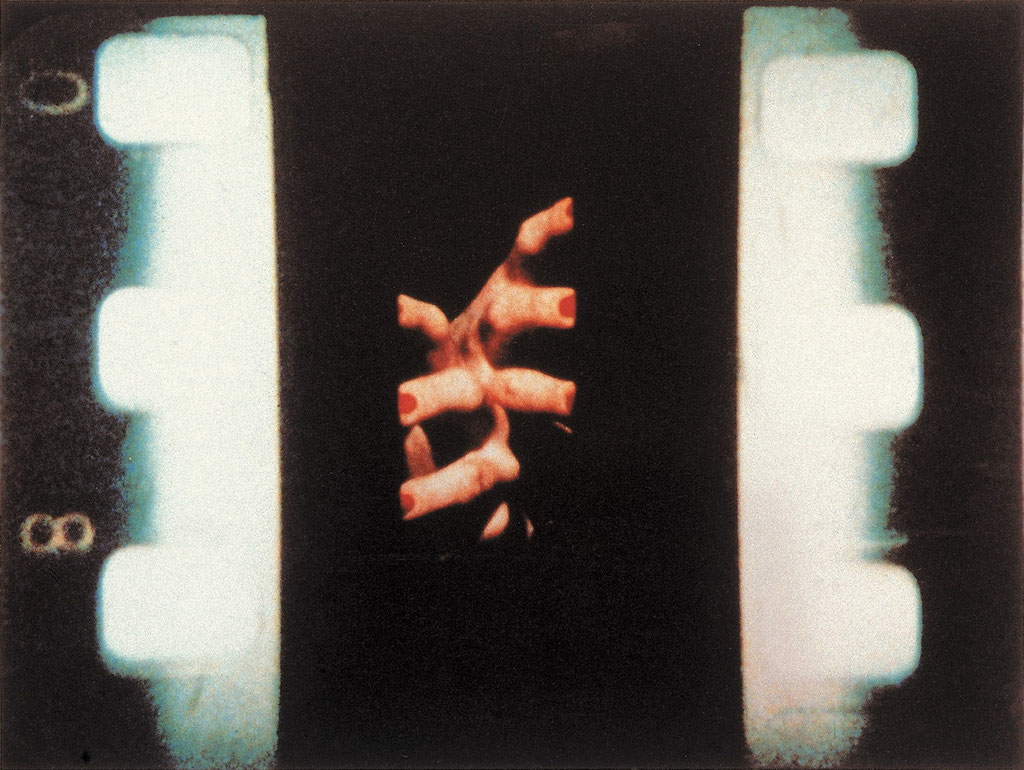 My work in the area of short film focuses on working out what is essential to a film, to define it as a self-sufficient and closed artistic system; so that I can make use of the single operators, such as image and sound and expand on their creative possibilities of association. The actual significant operators such as film strip, framing, image content, image construction, montage, movement of the camera, visual effects, the interaction of the visual with the audio, etc., are combined with the cultural codes to create a syntactic construction, out of which a film is born. Such thoughts also explain certain structures of my feature films. The film sequences themselves are real units, which are semantically related to one another. (V.E.)

The striking insistence in Syntagma on the fragmented body of the woman, mute for the most part, has a twofold and seemingly contradictory impact. Fragmentation first appears to be the repetition of a trauma until, finally its frenetic pace turns into deliberate composition. In the traumatic sense, fragmentation reflects the epitome of objectification, an itemization of the goods: arms, legs, shoulders, breasts, faces, the depersonalized review of the chattel’s grade. The point is that while women may be objectified, they do not necessarily become objects. (Roswitha Müller)