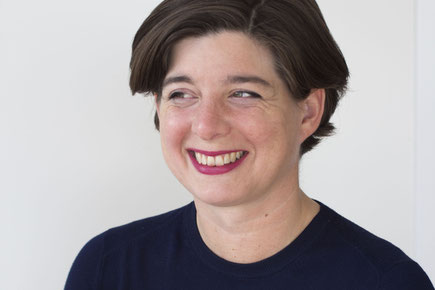 
Julia Lazarus (born 1971 in Berlin) is an Artist, Filmmaker and Curator. She studied at the University of the Arts, Berlin and at the California Institute of the Arts, Los Angeles. Her films and video works have been screened both on international film festivals and in the context of exhibitions. For her current documentary film “Northern Forests” she followed a group of ecological activists into the forests North of Istanbul to portray their mutual struggle against the gigantic infrastructural measures at the shores of the black sea. 2019 received a scholarship from the Tarabya Cultural Academy and co-organised the first Radical Film Network Meeting in Berlin, Germany. 2018 she founded the Salon Plastique, a space that aims to promote cooperation between artists and theorists. 2017 she participated at the Gegenkinofestival Leipzig, the IIPPE Conference, Berlin and the Radical Film Network Conference, Tolpuddle, UK. In 2016 she curated „Undisciplinary Learning - Remapping the aesthetics of resistance“ in cooperation with District Berlin. In 2014/15 she curated two other exhibitions to the subject of „the aesthetics of resistance“ by Peter Weiss in Vienna and in Berlin. And in 2006 Rip it! Reappropriate popular culture - International video art and music festival, funded by the HKF Awards. Further prizes and residencies include a research grant by the Berlin Senate (2016), Artist in Residence Istanbul, Berlin Senate (2015/16); Funding for catalogue, Berlin Senate (2011); Project funding from the Berlin Senate (2009); Documentary Film Award, Diagonale Graz (2005); Villa Aurora scholarship, Los Angeles (2003); Work grant from the Berlin Senate for Science, Research and Culture (2002). Julia Lazarus’ films are distributed by Sixpackfilm Vienna and e-flux Berlin / New York. She has been teaching at the UdK Berlin, TU Berlin, Leuphana University Lüneburg, Hochschule für Bildende Kunst Leipzig and at the Merz Akademie Stuttgart. She was a co-initiator of collaborative radio projects like TwenFM and rebootFM and promoted the interests of the visual artists in Berlin with „To Have and to Need“ and at the „Coalition of the Free Scene“. She lives and works in Berlin.