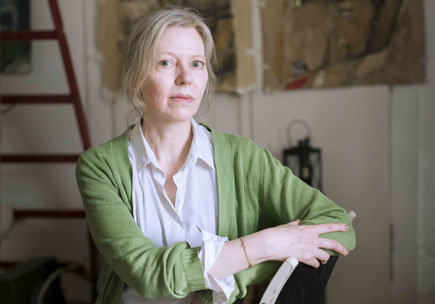 
Born 1961 in Kiel, Germany. She took her A-level in Art from Westonbirt School in Gloucestershire, England and, after her return to Kiel graduated from Ricarda-Huch-Schule in 1983. Soon after, she took up her studies of English Philology and Arts Education at the local Christian-Albrechts University and Muthesius Academy. In 1987 she relocated to Vienna and studied painting at the University of Applied Arts, "Masterclass for Experimental Design" (professors: Maria Lassnig, Christian Ludwig Attersee) and graduated in 1992. The following year she completed her training to become "Master Painter". 1995 her daughter Lena was born. In 2003 she was given the "Georg Eisler Preis" in Vienna. Aside from painting she creates comics (very uncommercial comix). 2003-7 together with filmmaker Daniel Suljic she made the animation short: "Kurzes Leben" ("Short Life") after her comic of the same name. It is her first film. She lives in Vienna and Kiel. 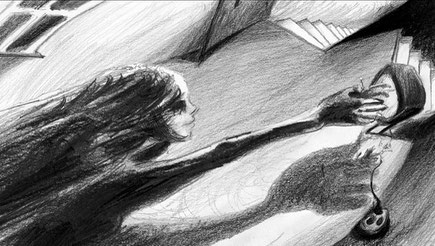