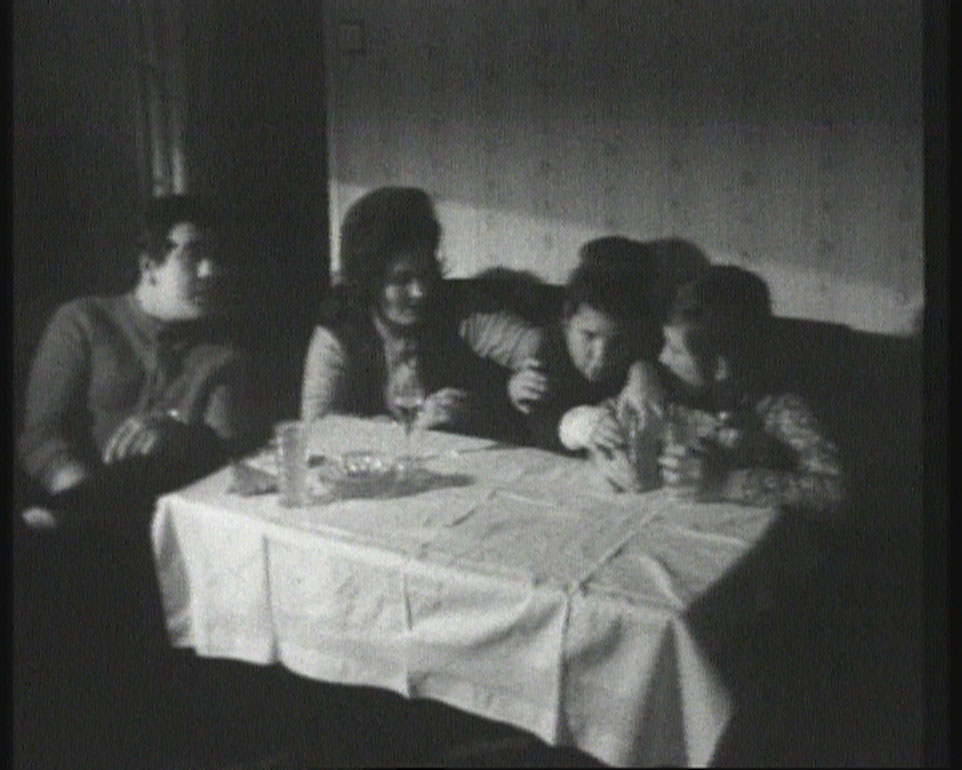 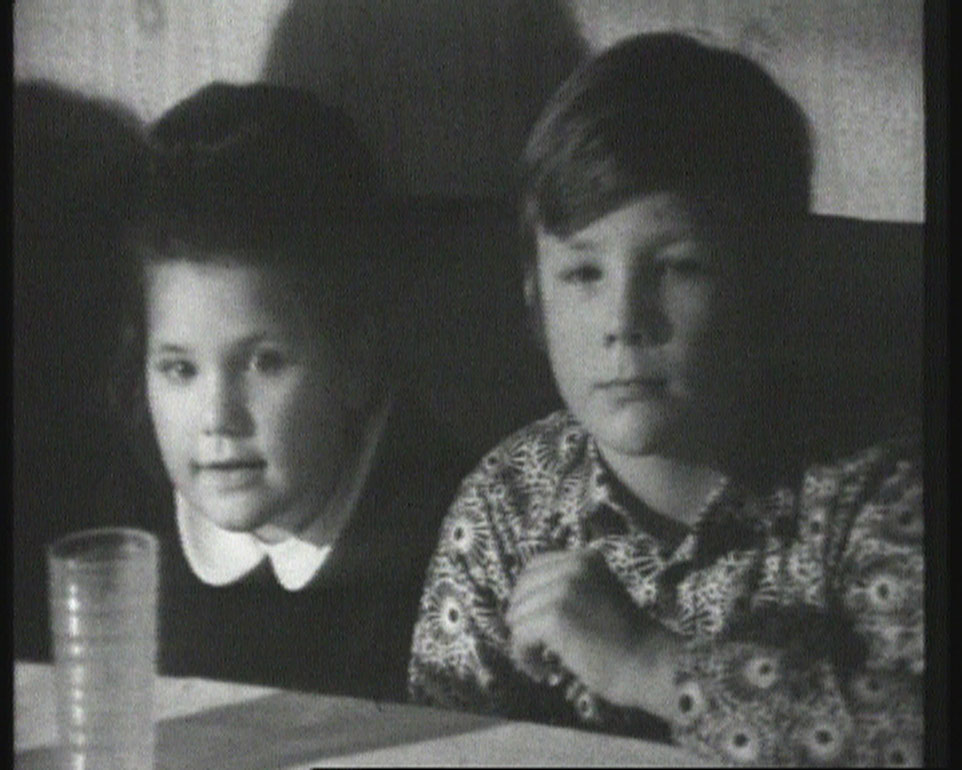 In Facing a Family, a family is observed watching television. The viewer becomes the object of the family´s gaze, as much as the family is the object of the viewer´s gaze. Writes Roswitha Mueller,"The electronic and the real gazes cross without interacting."
Facing a Family was originally broadcast on Austrian Network Television, February 2, 1971.


In the TV action Facing a Family, two families sit opposite each other. One is on TV, the other at home. A camera superimposes the reactions of the living room family onto the one on the screen, so that both families are not watching a show but rather the reactions of the other. In this work EXPORT is not only exploring the (re-)production of reality through and in the medium of television, but at a very early stage also incorporates the reactions of the audience in this process of constitution.


Facing a Family is a 5-minute video directed by VALIE EXPORT in 1971 for "Kontakte", an Austrian television programme.

After a short list of credits, a close shot of the faces of four people around a dinner table appears. A couple and their two children seem to finish eating, and their body positions indicate that they are watching television. They are acting without being aware of being filmed, as though the camera had disappeared.

Spectators of the video thus find themselves faced with a family of television viewers. VALIE EXPORT initially extends a mirror to the Austrian television viewers: "this is what you look like in front of this object known as television".

The flow of black and white images is disrupted at certain times: the images freeze or slow down. At other times, the sound cuts out. VALIE EXPORT manipulates the usually uninterrupted rhythm of television broadcasting.

From her previous experiences with “Expanded cinema” (literally, a form of cinema that extends beyond its limits) during the 1960s, VALIE EXPORT has acquired a taste for questioning the broadcast norms for moving images, and, with Facing A Family, she proposes the mise en abyme of an inchoate social code, that of the television viewer.

In the European cultural world, she is a pioneering figure with respect to interventions within the televisual world. In this sense, she is similar to an artist like Nam June Paik, who would subvert television, considering it as an object, in order to endow it with the status of sculpture.