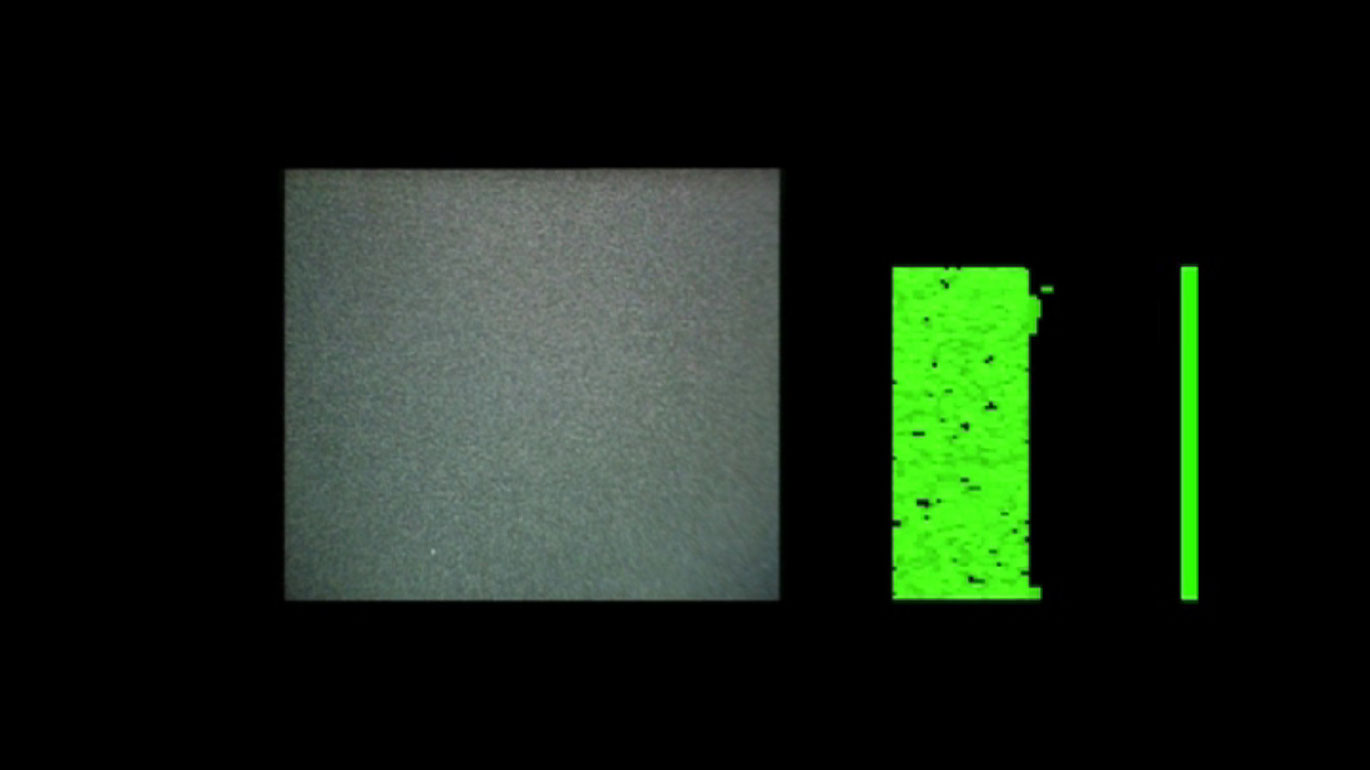 At the end of the 1990s, the time had come to desire something new to listen to. Rock and Techno had been modified for mass acceptance, zombified, and made boring or played to death through a certain virtuoso style. Both reduction and noise could now leave the academic space and move into living room clubs. Mego (a label), Phonotaktik (a festival), and rhiz (a club) were happening in Vienna and in the midst of it all, a young band of three, well-groomed and good-looking men: Radian (percussion, synthesizer, guitar, bass, and cable connection). The journalist Fritz Ostermayer from the legendary radio show "Im Sumpf" was enthusiastic and a Radian concert was a high mass of concentration while still being playful and light. No rock, no jazz, no digital music. The Chicago label Thrill Jockey, booked as so-called post-Rock, liked it and has been the band’s label ever since. Git Cut Noise, on Radian’s fifth album “chimeric” (2009), shows the aesthetic and discursive development that their work has taken and the potential of the band, which often steps back in order to allow the protagonists time for other projects. Lotte Schreiber, artist and filmmaker, has picked up the threads and designed a music clip for Git Cut Noise that seems to capture what has been “burning” in Vienna since 1996. Disturbing, almost blinding rhythm-driven rectangles flare up geometrically; added to that, the noise of the band. But what is it? Is that a foot pedal? Only when looking a bit more carefully, it is the Riesenrad, Vienna’s famous Ferris wheel. Here, Rock is also transferred back to the film’s original context and the sensation, a paradise for lots of children—Vienna’s amusement park, Prater. The huge gorilla from the haunted house says hello and the great reaper is already eying the carousel riders who spin at dizzying heights. In the video, Schreiber succeeds in capturing moments and images of the band where everything seems to fit. Every detail in the sound, every breath of calm, and every explosion appears precisely set without seeming sterile. The guitar distorts—Git, a short pause—Cut, and it has to break away—Noise.
(Christina Nemec)