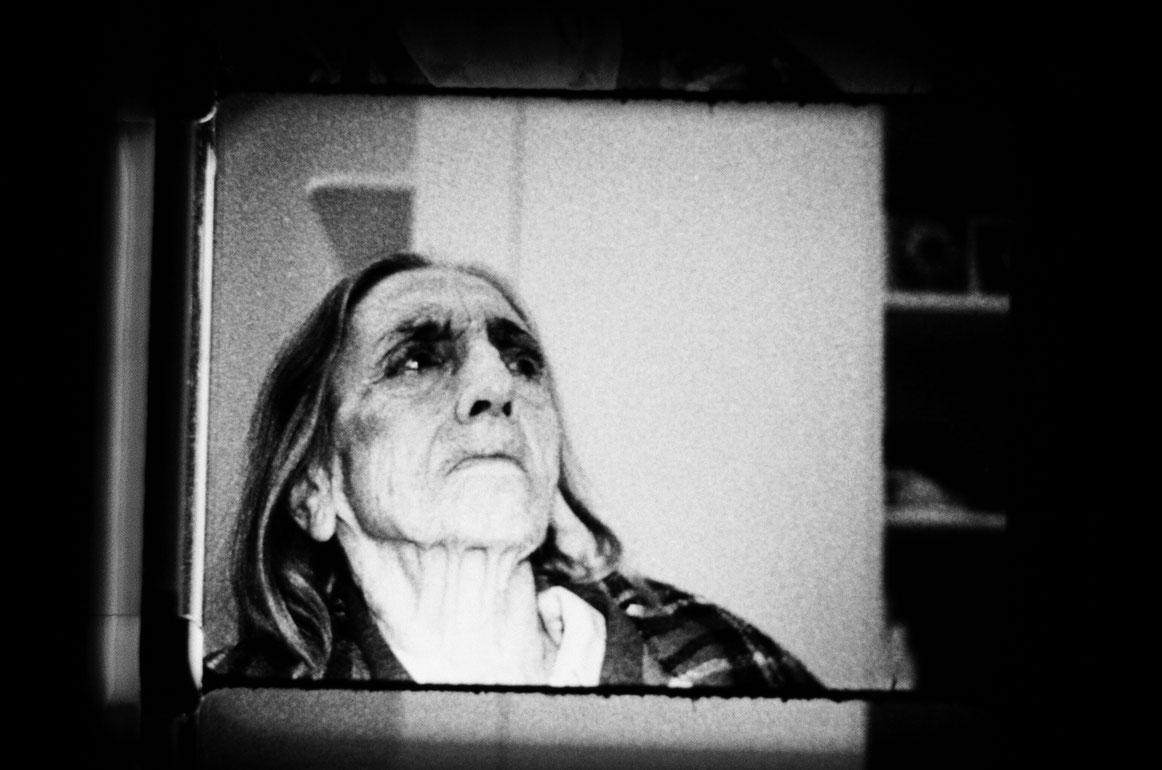 NEC SPE, NEC METU follows upon Gutes Ende (Bliss) and Ich auch, auch, ich auch (Me too, too, me too), and it is the third film of Friedl vom Gröller to record visits to her mother in a nursing home. Each film was released approximately within one year´s time, and each charts an escalation enroute to nothingness and death. Like the life of her mother, the film itself is consumed by an involuntary force accelerating like a spiral heading toward the end.

In NEC SPE, NEC METU we always see the mother seated, and we only ever see her head or her upper body. She eats, she speaks, she looks through and beyond others, she chews, lost and forgotten, she falls asleep, sinking down into herself. The film is silent while the expressiveness of the mother´s face speaks volumes. Her eyes are wide, not sure of what they are seeing. The neck supporting the face is pure structure, skin alone covering the skeleton and resembling the bark encasing the roots of a thousand-year-old tree eroding from out of the earth. The father sits motionlessly at a table, the camera descends with his blank stare, across and away from the table. Everything is headed downward, to the floor, toward that earth; the end will be the beginning. A child´s arm reaches across the frame – again, moving involuntarily – blocking the sight of a man laying asleep on a bed – it does not cancel him out but perhaps provides a counterpoint to him. Light streaks across the image from which heads emerge and disappear, like ghosts or abstractions. The camera is the center of instability, sometimes shaken by a sudden jolt or twitch.

The last head that is seen belongs to a Greek statue, and with it everything briefly comes to a standstill. Half of the face is in shadow, the other half in light. NEC SPE, NEC METU, a face unmoved and untouched by all the involuntary mechanics of life to which we are subject – it is sublime, beautiful. Even if only for an instant.