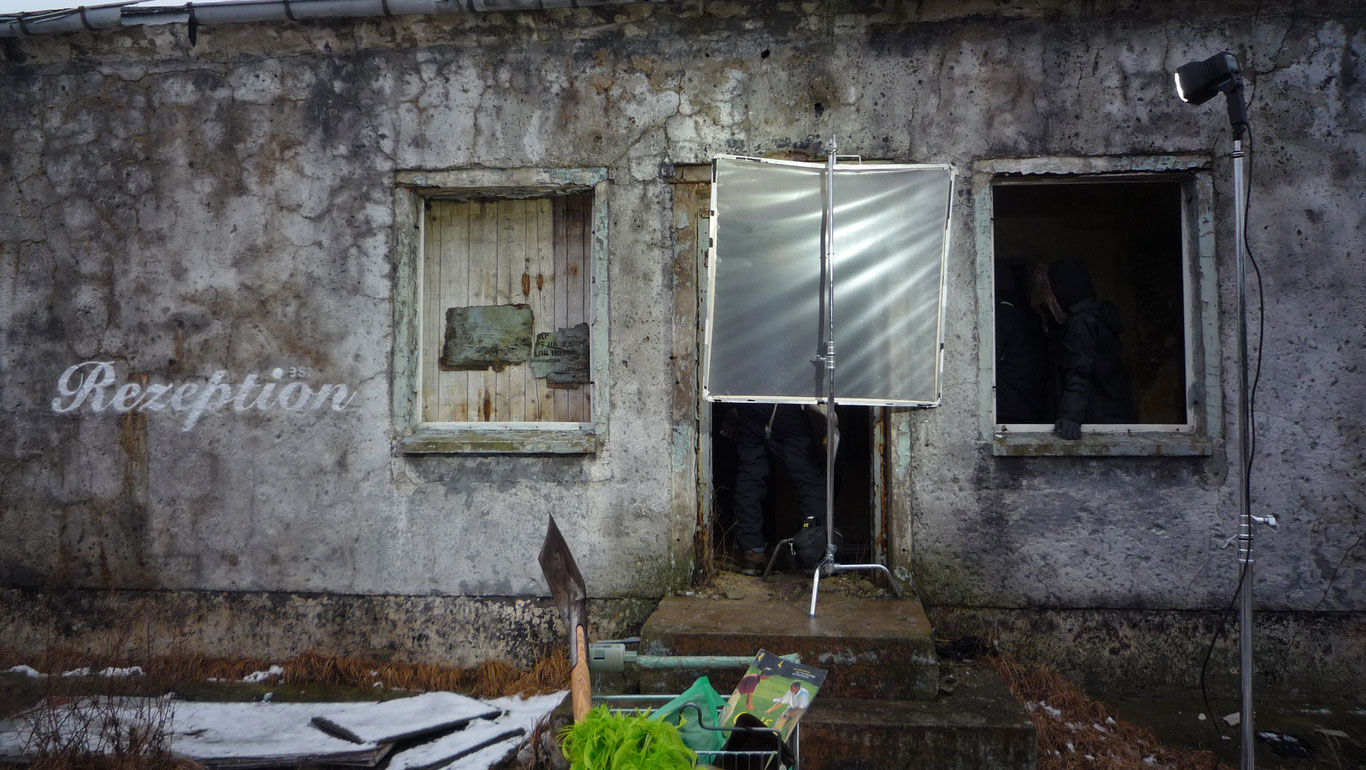 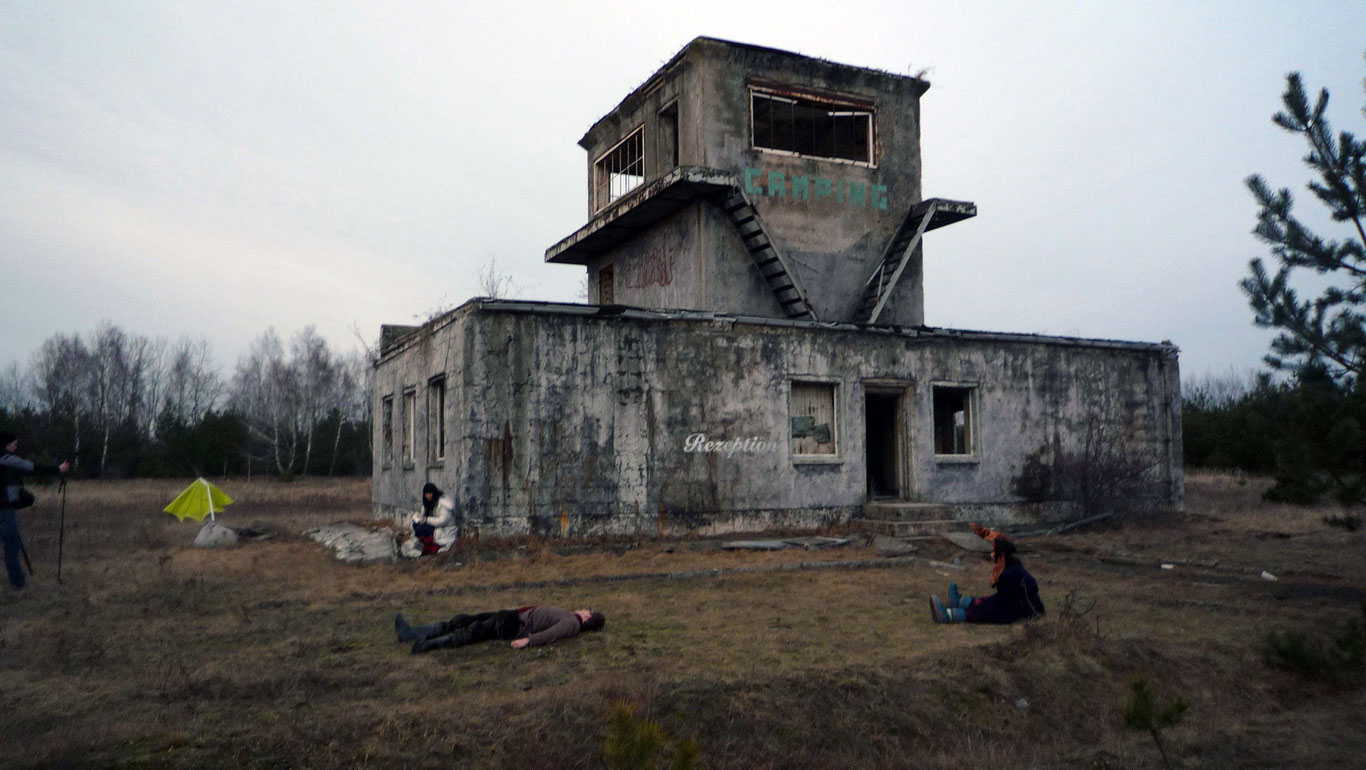 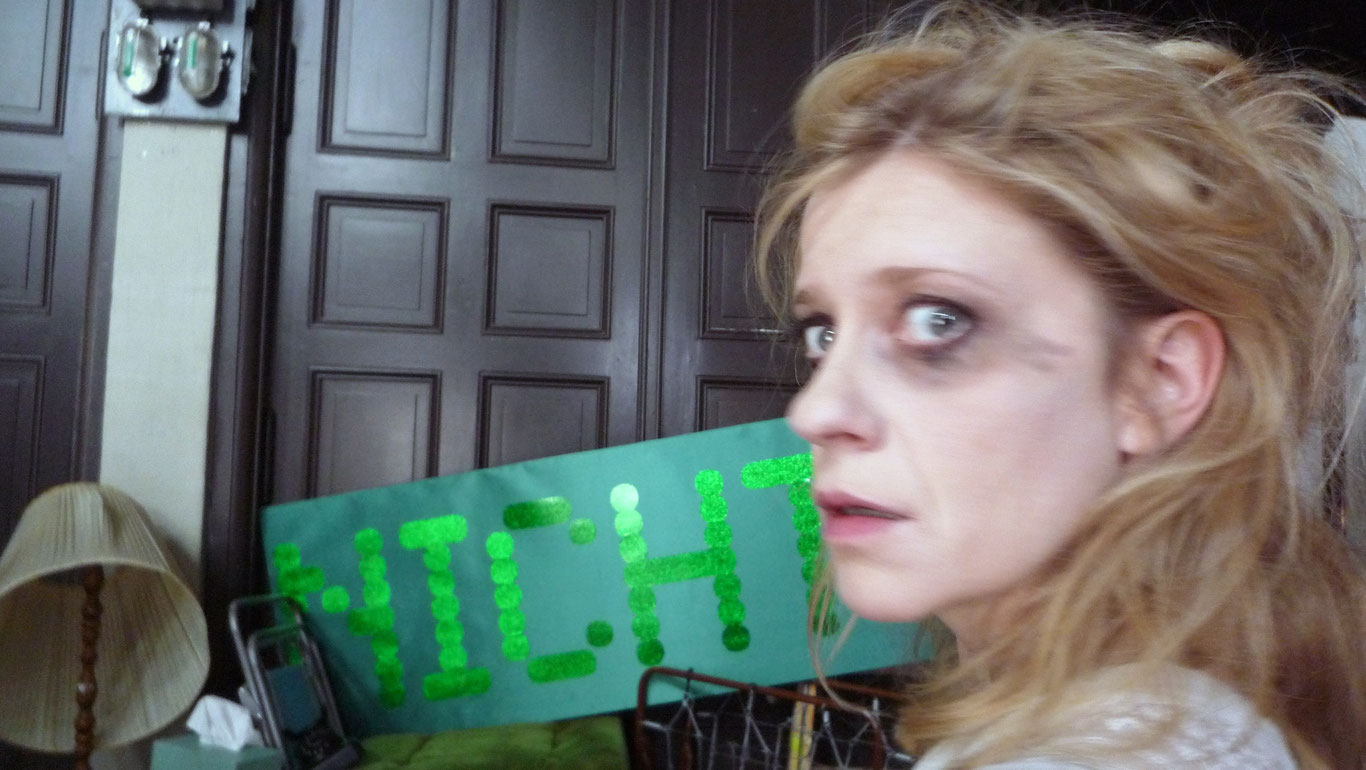 Kalte Probe or cold rehearsal is the counterpart to a hot rehearsal or a walk through; no technology is used and rather than “live,” it´s “dead,” as the dead figures live on! Cold Rehearsal by Constanze Ruhm and Christine Lang presents the start of a new series following “X Characters” in which they arrange the serial as a hilarious pile of corpses from film history and in doing so, deal with real production conditions. Ruhm & Lang send the once significant director Hans Lucas (of course Jean-Luc Godard) as an annoyed cleaning man, who rummages in the trash (the figures, the sets, his past fame), on the stage, and in history until the bitter end—his death; for while he hopes that his time will come again, they have long embroiled him in a complot that will cost him his life: “But there is no death, there is only murder!” (Hans´ mother). Cold Rehearsal is thus also a feminist fantasy of taking revenge on the man-director that projects its women correctly as characters and when love fails, is even happier than before. Here, the (female) stage direction takes over; the actresses discuss subject-object relations and as a narrative constellation blend into the triad, this identity-enforcing-machine, which they most definitely destroy.

Like in past works, here, too, recursive processes are skillfully deployed (what is new is the central element of the point—like always, as signified and signifier, here, for example, as plot point or as ironical joke, to which Hans is degraded right from the start), whereby the plot does not simply unfold as a projection on the screen with all playing along, but instead, the arrangement and the relations all become so seriously entangled until the events, the reception (here also, of course, literally, and the (film)screening have become so greatly interwoven that the characters on and in this staircase-plissé get the story rolling (stumbling, falling, giggling), are moderated into a void, miss their entrances, become locked up, to then ultimately dig themselves free, and at the same time, their own grave.
Cold Rehearsal is thereby film analysis (or analysis as film) as well as film entertainment, comedy and love story, acting study and revolt of the characters, an homage to the comeback and thereby a further rousing serial arrangement of one of today´s most unusual and intelligent filmmakers.
Nanna Heidenreich