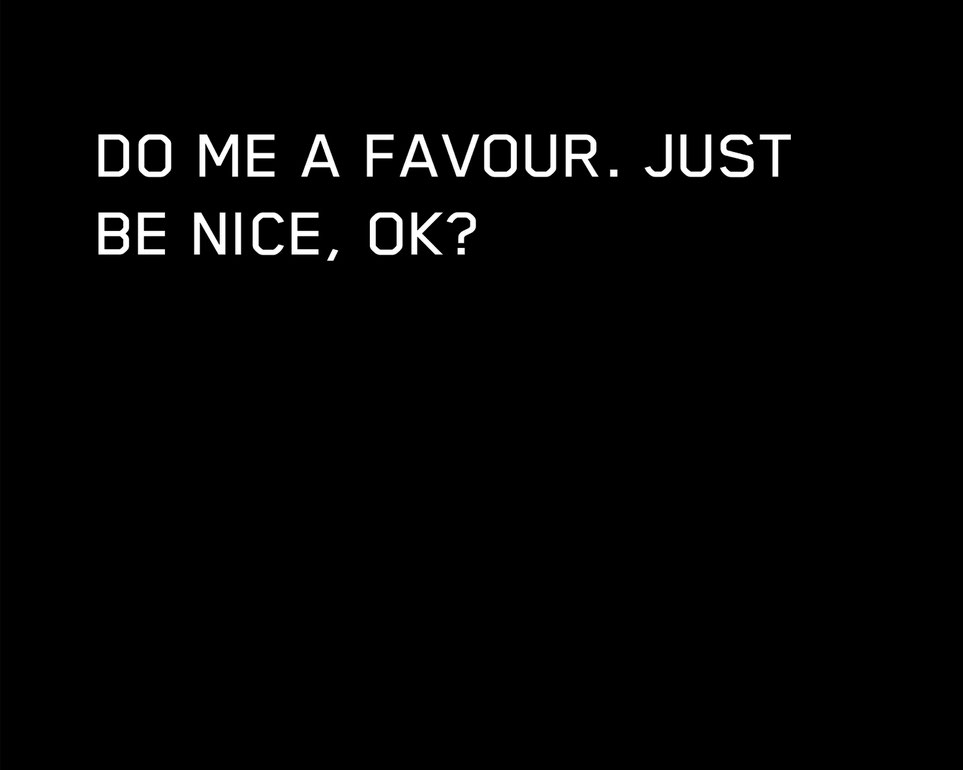 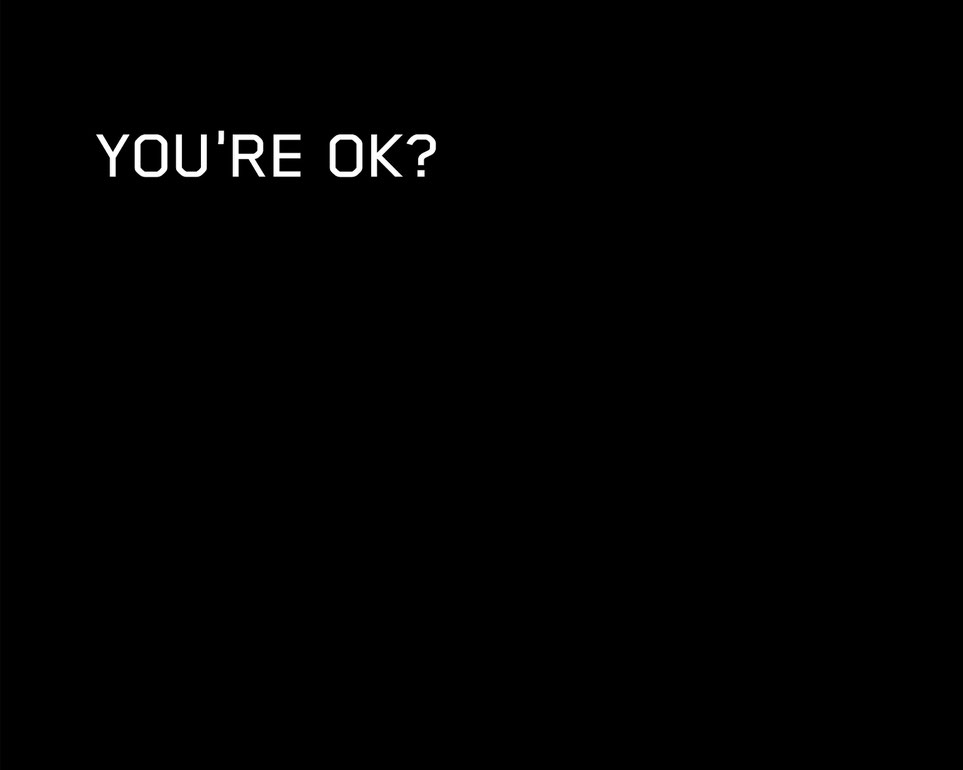 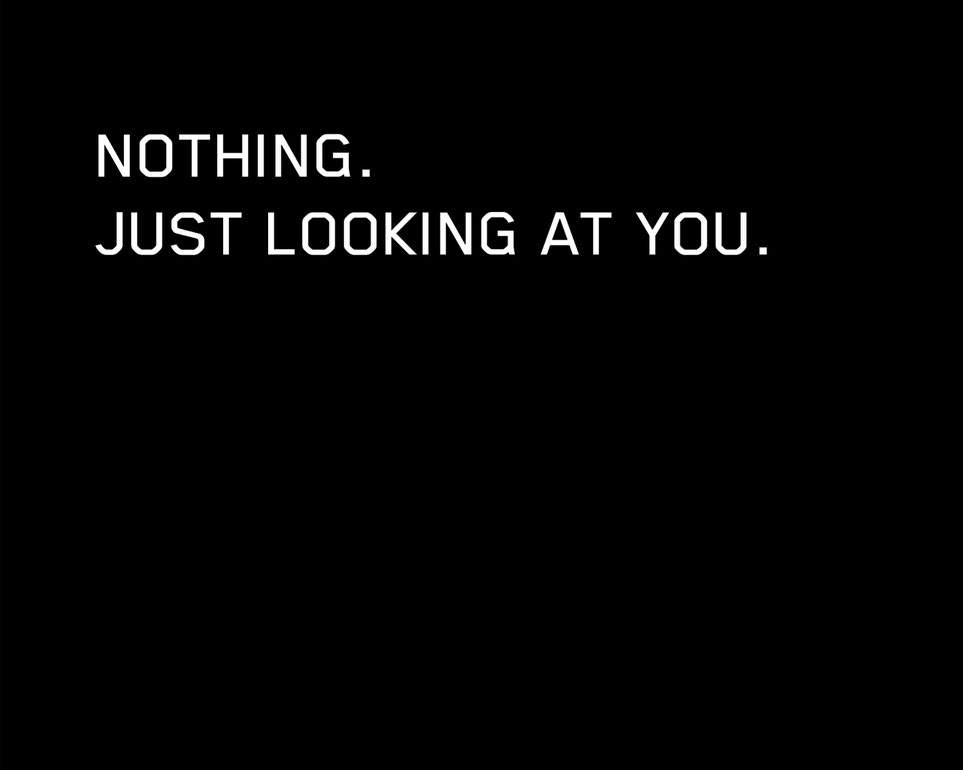 What’s the matter?
Nothing. Just looking at you.
You’re angry I left without a good-bye?
No, I was furious because I was sad.


A dialogue from a relationship, perhaps even a love affair, sometimes tenderly playful sentences, sometimes incidental comments aimed at a trusted “partner,” sometimes with overtones of jealousy. There are strange shifts in the speech. Occasionally, the utterances do not fit one another properly. At the same time some things sound familiar, as if they had already been heard somewhere.
What appears to represent something approaching a conversation in Prologue later unfolds solely on boards of text in white lettering on a black background. There are no sounds to be heard, no speakers’ voices. There is no acoustic or visual space of reference to define this dialogue beyond its typographical representation.
The sentences are “found footage,” so to speak, elements of dialogue that Annja Krautgasser has taken from a series of classic films, especially films by Godard or Antonioni, transferred into English and then arranged in a “fictive” spoken collage. Her selection concentrates on passages where the original protagonists were walking alongside one another, i.e. were moving, crossing a room. Precisely this decisive aspect of the excerpted text is entirely blended out in Prologue, which is reduced to only the language.
Not only is it this new montage of the dialogues in boards of text that creates the gaps responsible for the irritation, it is primarily the lack of a photographic or filmic point of reference.
Leaving out the appropriate images makes the dialogues less apparently taken from film scripts, as if taken from the isolated text-based world of the online (virtual) chatroom.


In prologue dialogue sequences taken from film classics made since the 1960s are quoted and arranged in new ways. The dialogues were selected from scenes in which the characters walk and talk at the same time, engaging in different kinds of conversations from casual to highly concentrated.