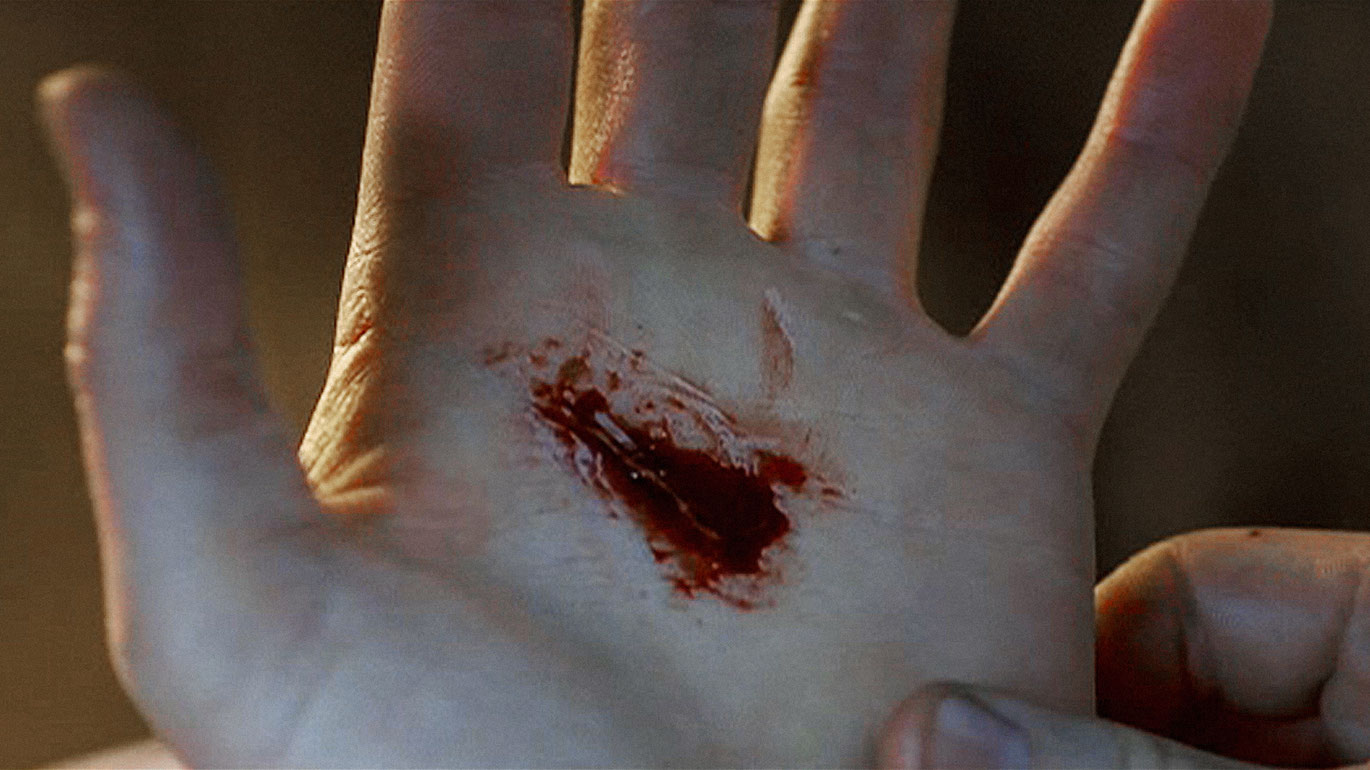 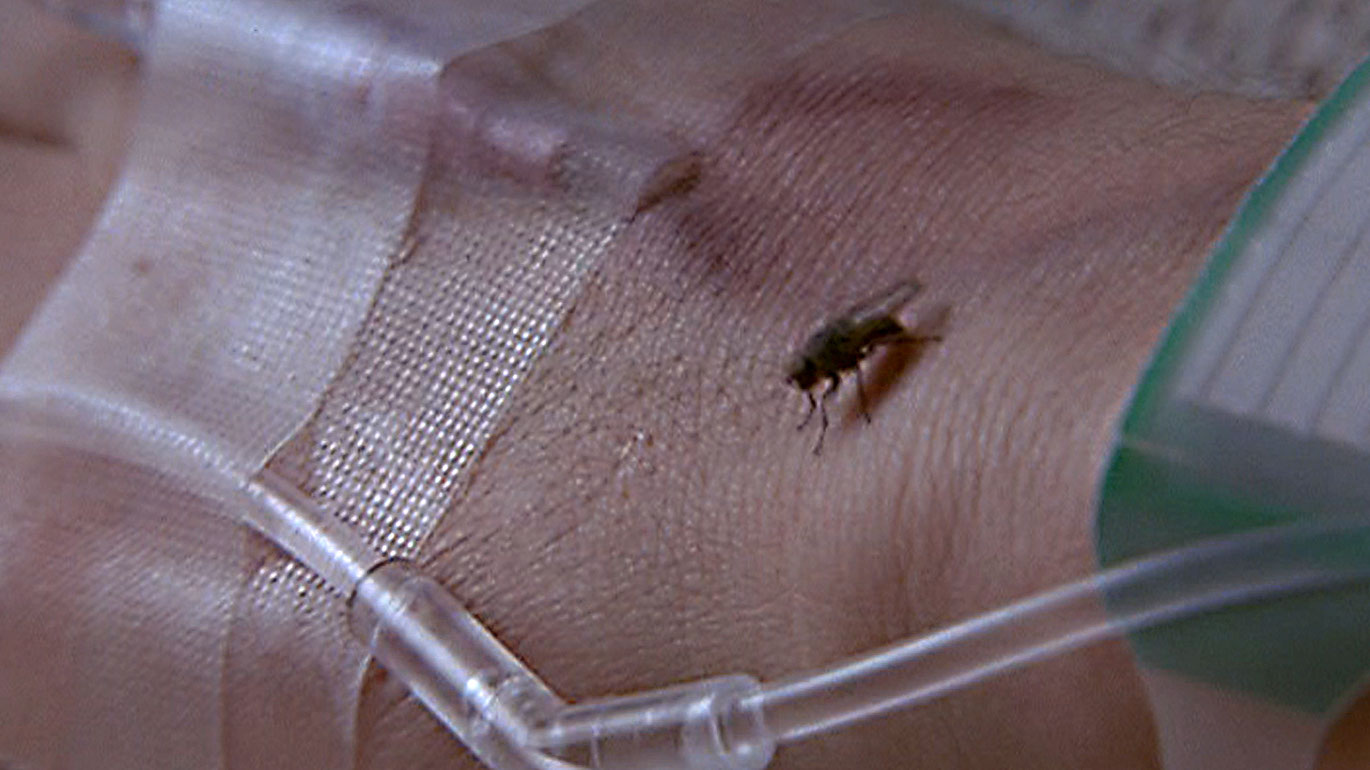 The body as a wound that never heals. (Girardet, Müller)


"Mehrnaz Saeed-Vafa´s essay film self-portrait (...) JERRY AND ME suggests that all of the world´s images are available for each and every individual´s subjective filtration and equally valid interpretation: infinity as the pluralistic democracy of access to global mass media. The most minute but to my mind the best example of this at the Viennale is Christoph Girardet and Matthias Müller´s short film Cut. A video record of material objects in film related to cinema´s fascination with real and illusory lacerations of the body, the film is a pseudo-cyclic free association narrative linking insert shots of actual cuts —arms, knifes, piercings, scars, stitches, surgery, flowing blood—the proximate sites and objects "located" nearby—dripping faucets, torn stockings, sink basins—and similar suggestive entities. The film sources range from the late 1940s to 2010s but are homogenized in aspect ratio cropping and palette choices to nearly unify them as coming from an imaginary mid-70s territory reigned over by Chabrol-Argento genre films. It reveals a trans-filmic obsession with, and secret narrative of, bodily destruction and the myth-like power of isolated objects rendered as talismans, fetishes, and oracles hinting at or revealing the dangers for the flesh that exist across cinema."
(Daniel Kasman, The 21st Century Infinite – The Multiplicity of Images, http://mubi.com/notebook/posts/viennale-2013-infinity-complex)


(…) Throughout, there is an obsessive interest in the physicality of the body, and the effect that awareness of its fragility has on us as viewers. The artists focus on the abjection of the body: the barrier between inside and outside becomes perverted through organic material like blood, hair clippings, and peeled skin – or through penetration, both surgical and sexual. Wounds may break the body, but they also are a reminder of health, as indicated in time lapses of bruises and burns healing. The action of a cut is then ambivalent, acting both to sever, but also to create a site for future reunion. This dual meaning is mirrored in the work´s engagement with film history. Film operates by bringing discrete parts together, both at the level of single stills played back rapidly to produce the illusion of movement – motion pictures – as well as through the editing process. A cut is the means by which clips are joined together, and the video is produced entirely through cuts between clips and cuts to black. Girardet and Müller´s Cut performs an act of both violence and creativity: it repels its viewers with its mangled forms, while at the same time engendering a process of identification between the viewer´s body and the filmic body. (…)
(Samuel Draxler, Thomas Erben Gallery, New York, press release, March 2016)