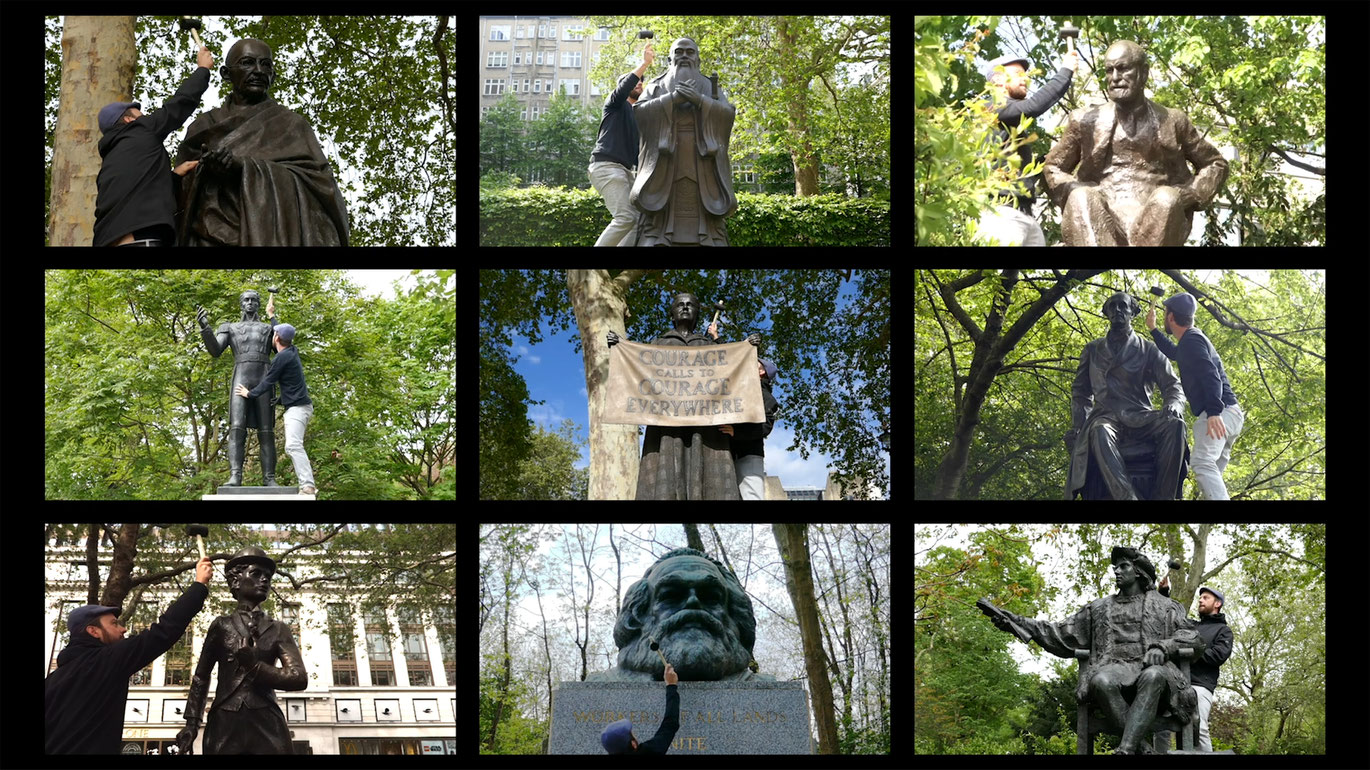 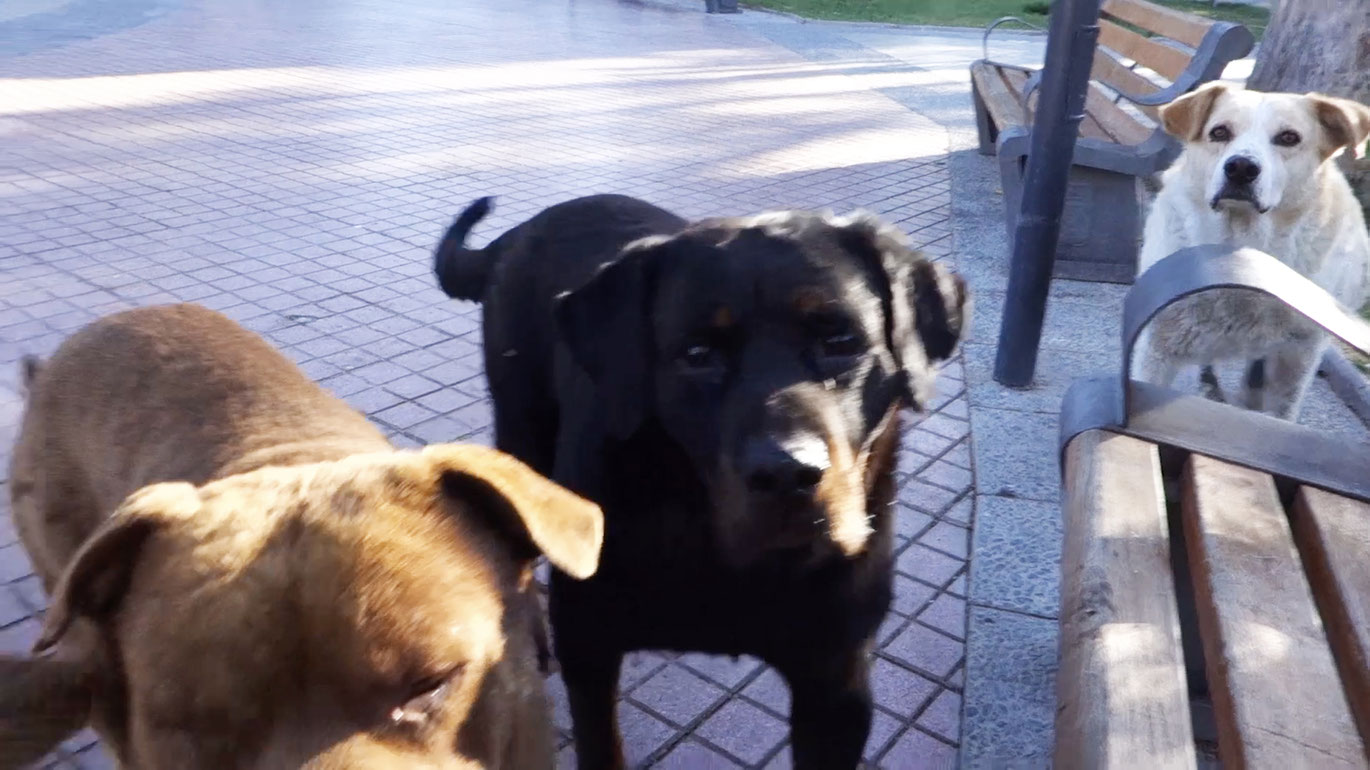 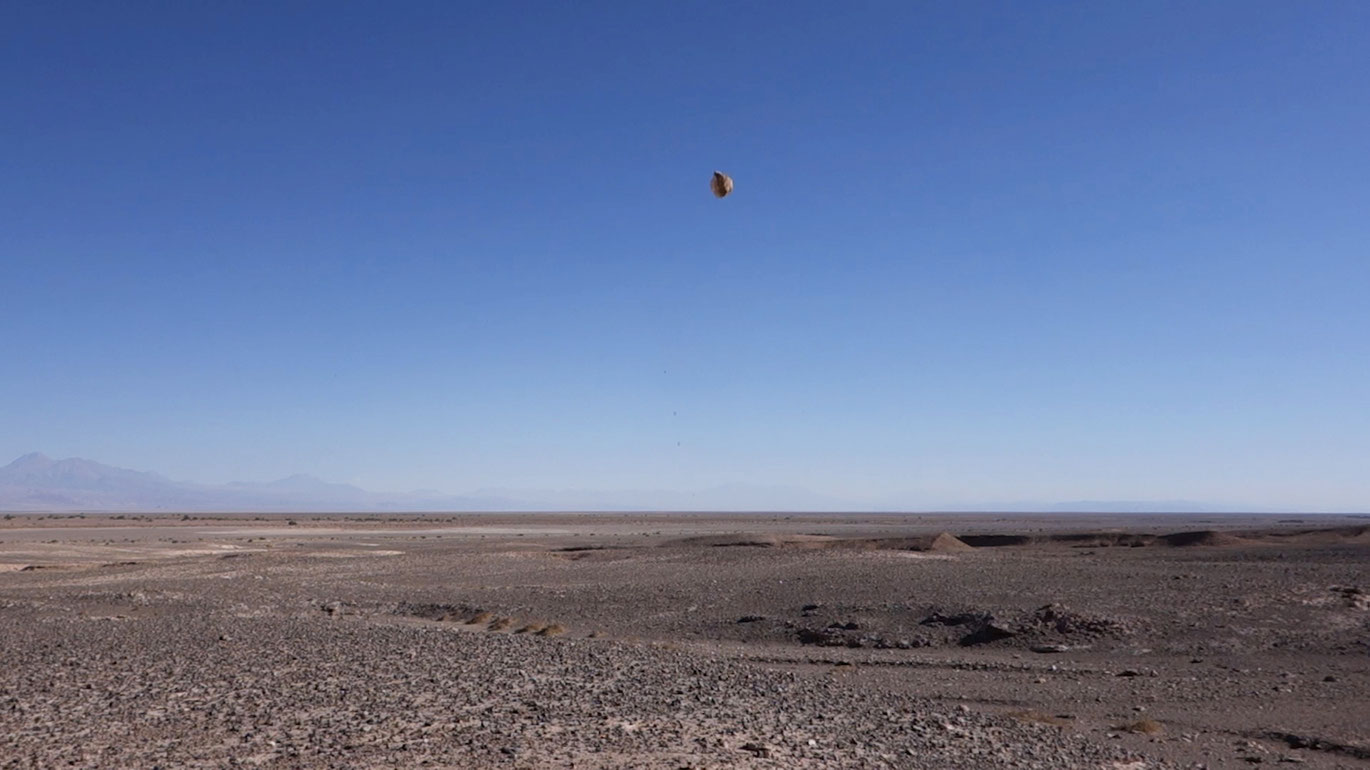 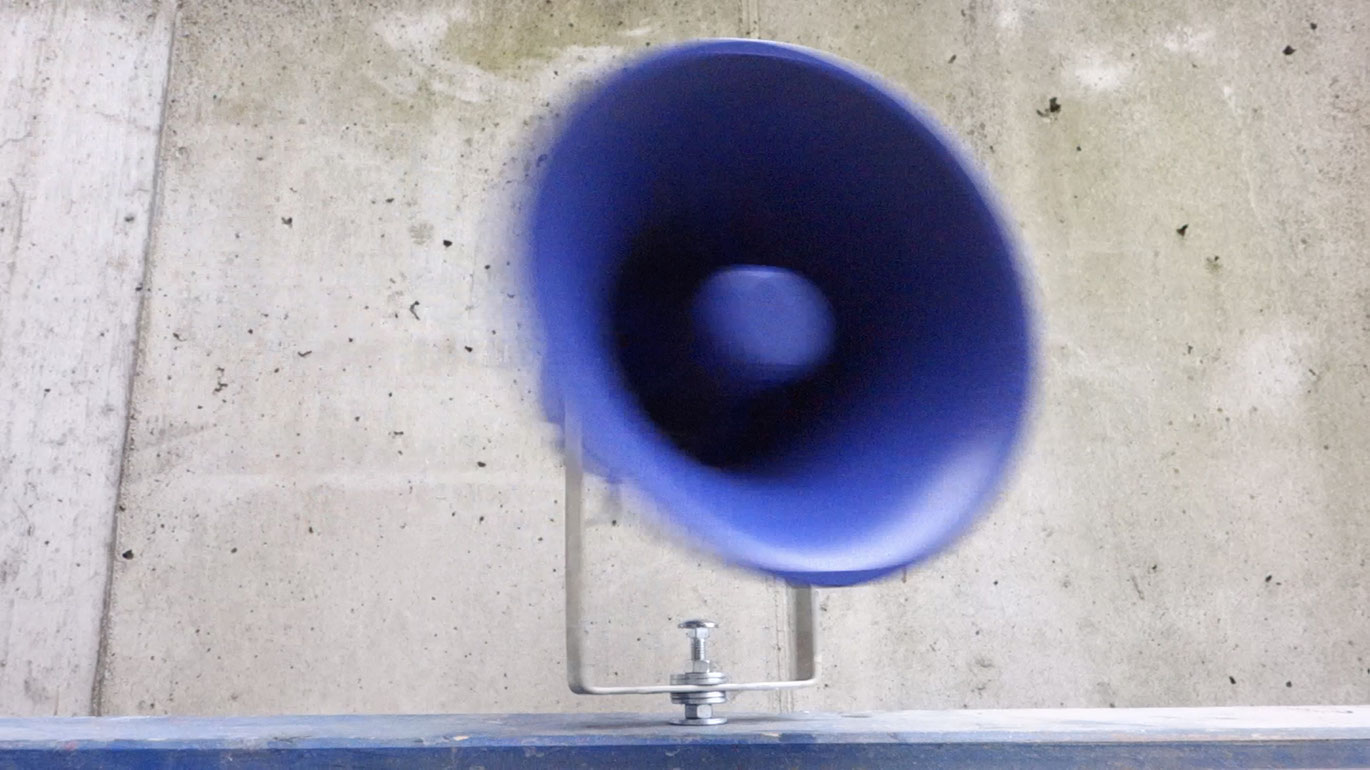 Michael Heindl is always ready for an intervention. He does not require lengthy preparation or elaborate props. He "hits" his mark without warning, like the heads he strikes of nine statues representing famous men and women for his video Hard-Headed Harmony. Likewise, eight images are displayed on a split screen, close-ups are shown of Mahatma Ghandi, Sigmund Freud, Simón Bolivar, Millicent Garrett Fawcett, Charlie Chaplin and Karl Marx.Each appears at calm rest in a public space in London, until their solemn dignity is irritated by Heindl's synchronized hammer blow to their metal heads.
Naturally Heindl has to act quickly to avoid being prevented from carrying out his acts, as when he scrambles up the bodies of statues or when he throws a stone to measure the world. At first his action Stones seems relatively harmless, when it takes place in the middle of the desert – comparable to a land art project. He ruptures the endless expanse by throwing a stone. But subsequent variations on this action lead him ever deeper into the city. The stone strikes the fencing of a construction site, a back-hoe excavator, a well. The stone flies into a ditch, loudly smashes against a package of laundry detergent or displaces the perspective of a public surveillance camera.
What initially seems poetic and often humorous reaches a subversive moment through the objects struck, precisely characterizing what is unique about Heindl's miniatures. This includes Anti-Clockwise which sets everything in motion that is not nailed down: from a loose screw, an advertising pillar, a statue of Mary in a cemetery, a flower pot, and a loud speaker, all the way to MUMOK's revolving doors. There Heindl first makes clear that the filming of such images always harbors the danger of being caught.
In In Times of Deception Heindl stages several small and nasty deceptive maneuvers. Among other things, a crab is seen crawling into hiding the moment a digital display in the sand presents the image of a fellow crab, or Heindl uses a laser pointer to manipulate cats in a parking garage who appear to be led on an invisible leash. (Christa Benzer)

Michael Heindl is a joker – a conceptual joker. His short works are each constructed on a series of repeated actions, or variations on a theme. The method is minimalistic, but the technique of accumulation is droll, rhythmic, and sometimes leads to surprising conclusions. Heindl’s artworks simultaneously reflect the strict regimentation of our societies, and find playful ways to subvert their paths of order or utility. In HARD-HEADED HARMONY nine bronze statutes in London of historic figures ranging from Marx to Charles Chaplin are arranged on a single screen; Heindl climbs them all to create a synchronised tone with a hammer. LINKSHERUM is a linear montage devoted to the haphazard project of setting all manner of urban objects spinning in the same useless, anti-functional direction, climaxing in the sight of a typical revolving door. STONES takes us from a stone thrown in vain (from off-camera) in the midst of a desert or a forest to the joyous anarchy of hitting and knocking down functional objects in city spaces. Finally, In TIMES OF DECEPTION turns the “media lies” of our world against hapless animals, who chase projected or screened illusions, as do we all.
(Adrian Martin, VIENNALE 2019)