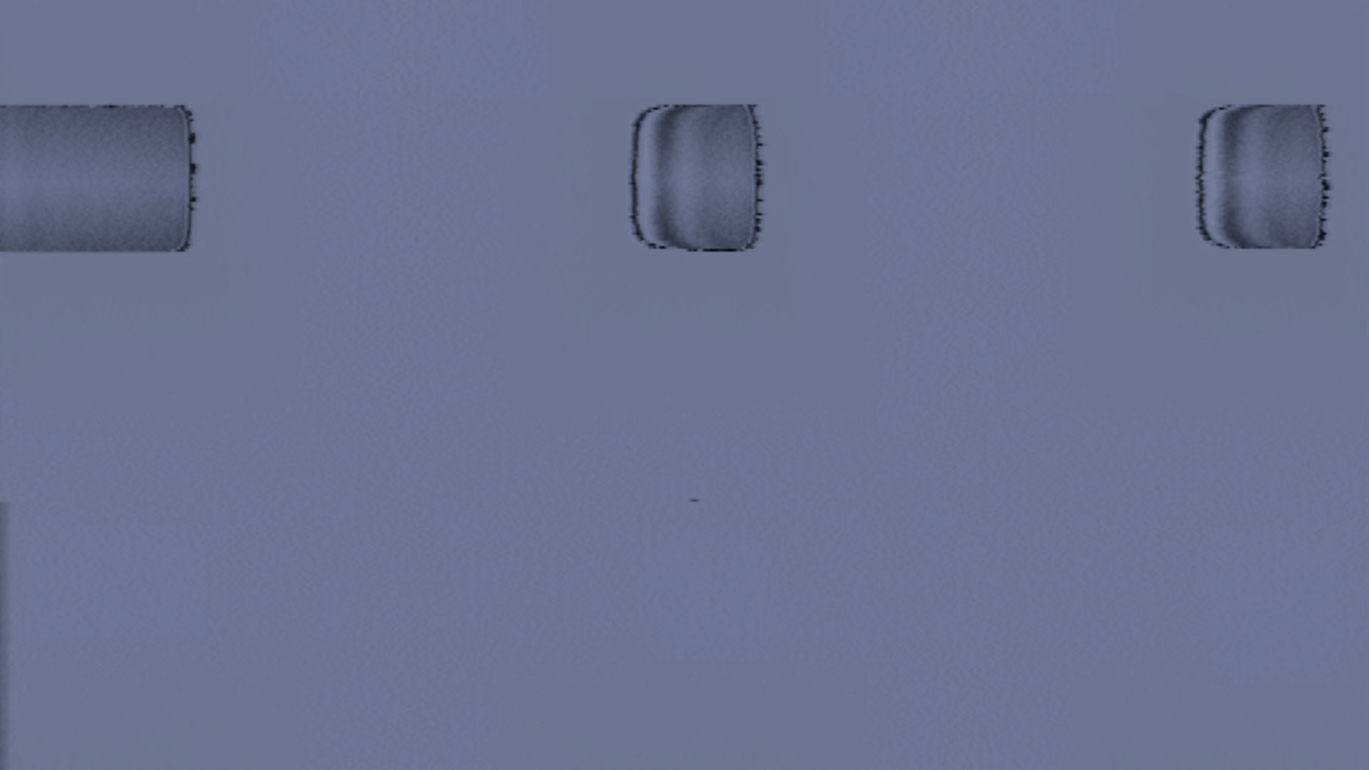 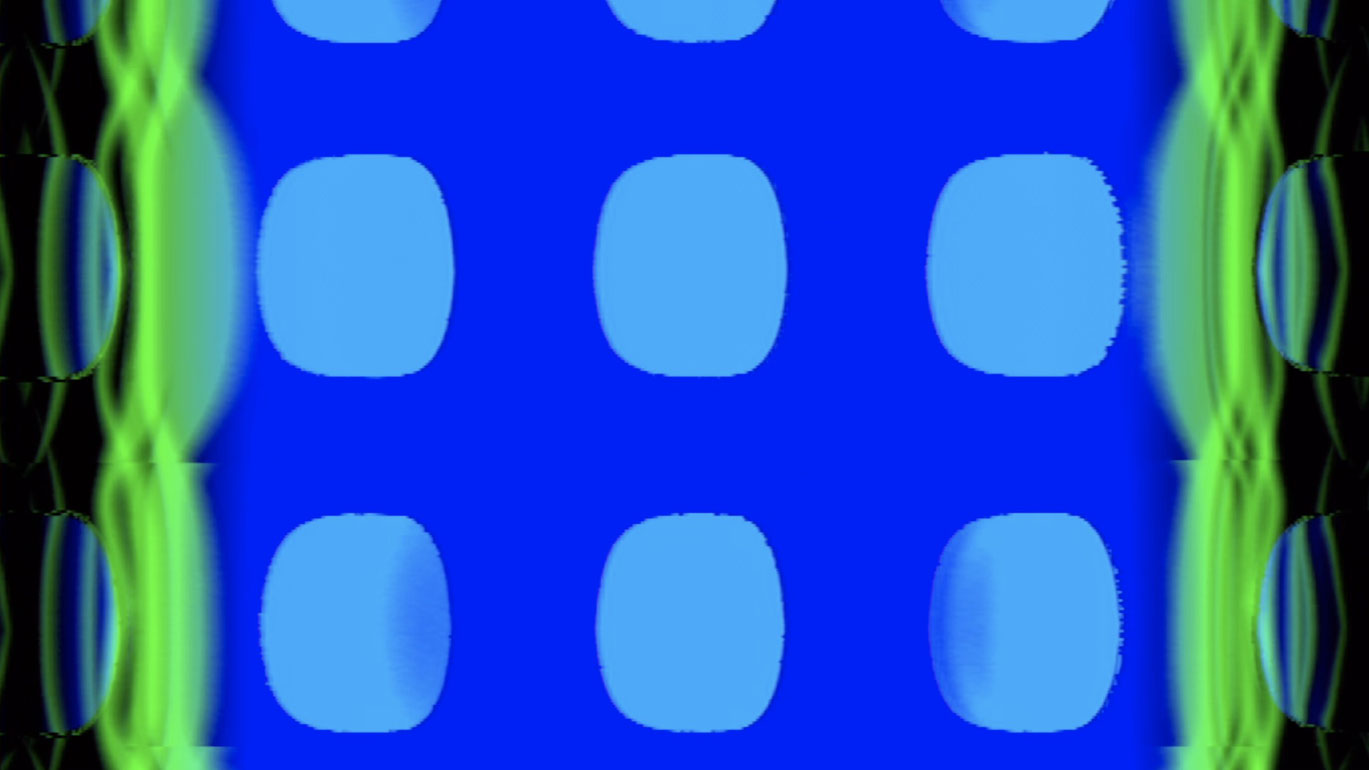 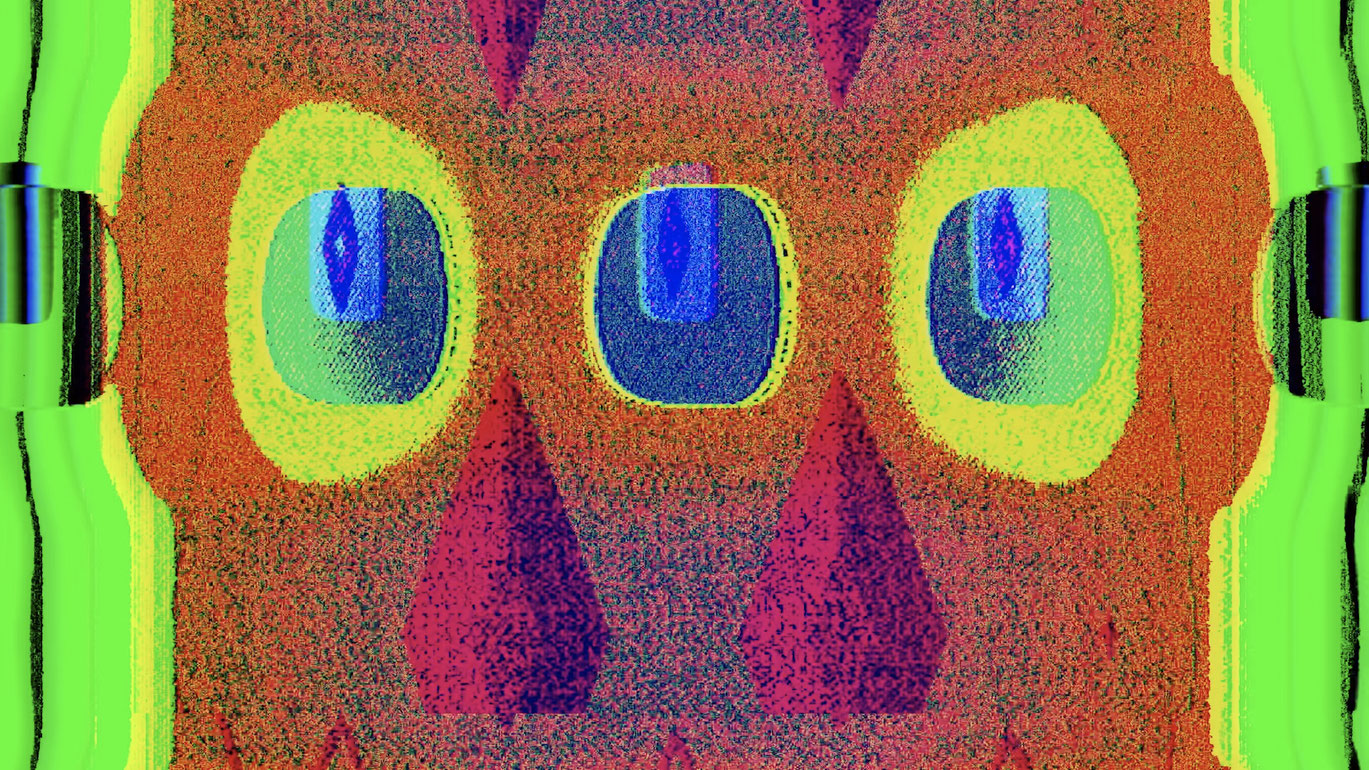 Peter Rehberg’s track “Frozen Jumper” begins in hit-and-run style with a pulsating noise texture. Flickering, nearly rectangular patterns join in on the image plane, at first in black-and-white, bringing to mind the sprocket holes in celluloid film and, no least due to the lack of geometric precision, giving the impression of having a pre-digital origin. As the soundtrack rattles on in a rather minimalistic way, the pattern’s twitchy dance is submerged in various warm hues such as yellow, pink, light green, and light blue, which in a different rhythm and to a more agreeable music could be perceived as the signature of slightly psychedelic retro ambitions. Just about halfway through Tina Frank’s short film Frozen Jumper, the soundtrack pauses for a moment. As though to catch its breath, the image leaves the rapid succession of colors and forms and changes to black-and-white again. Hissing, distorted, and in part high-frequency interfering sounds then pile up over the reinstating rhythm structure, while the images now definitively distance themselves from their—obviously intentionally waylaid—legibility as video about the medium of film. The algorithmically generated digital patterns mutate and overlap, crash into the eyes of the beholder as a flow of images steadily “contaminated” by abnormalities, thus actually bringing to mind phosphene, light perceptions not evoked by light, but through external pressure on the closed eye. In contrast to the pattern recognition of data-processing systems, this pattern recognition remains without a simple, exhaustible sense. Towards the end, the colors have more of a toxic and thin effect, before the film comes to an end after roughly six and a half minutes in feverish black-and-white vibrations. (Thomas Edlinger)