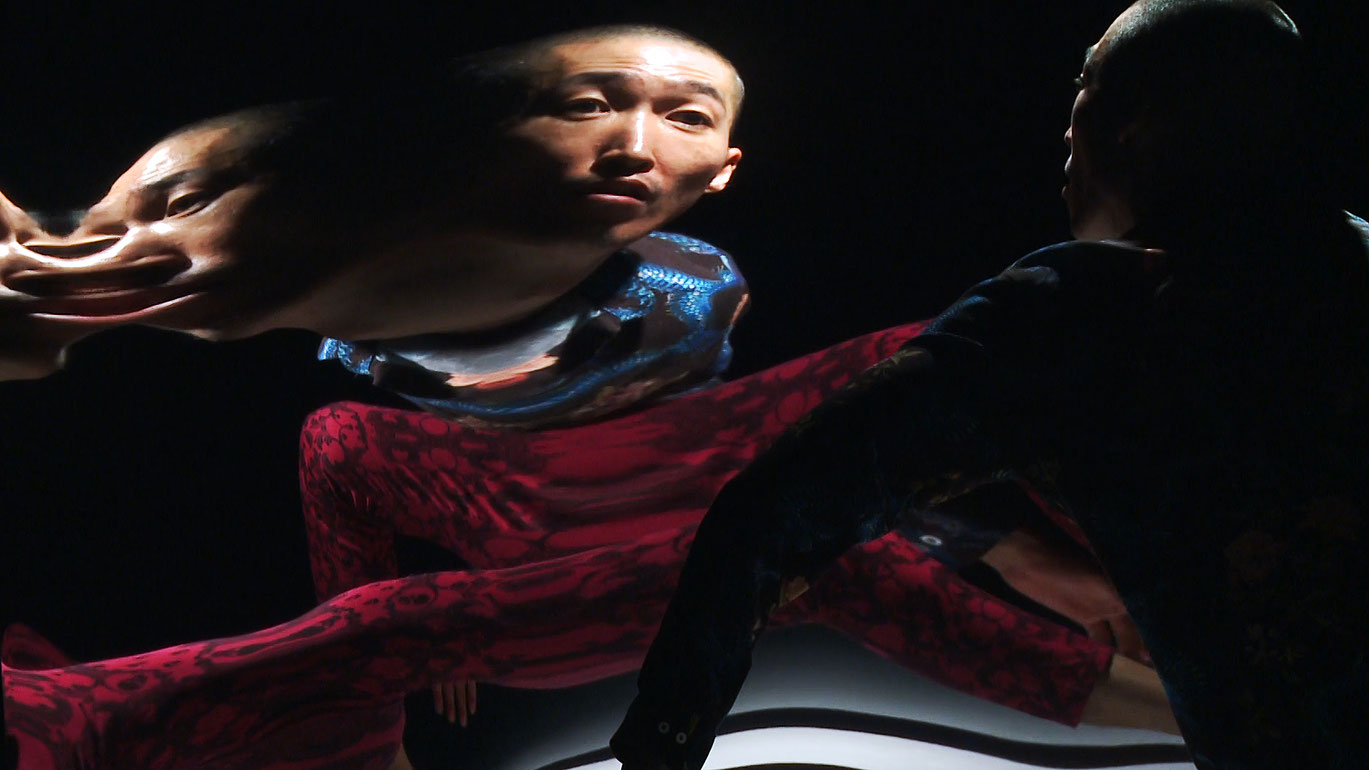 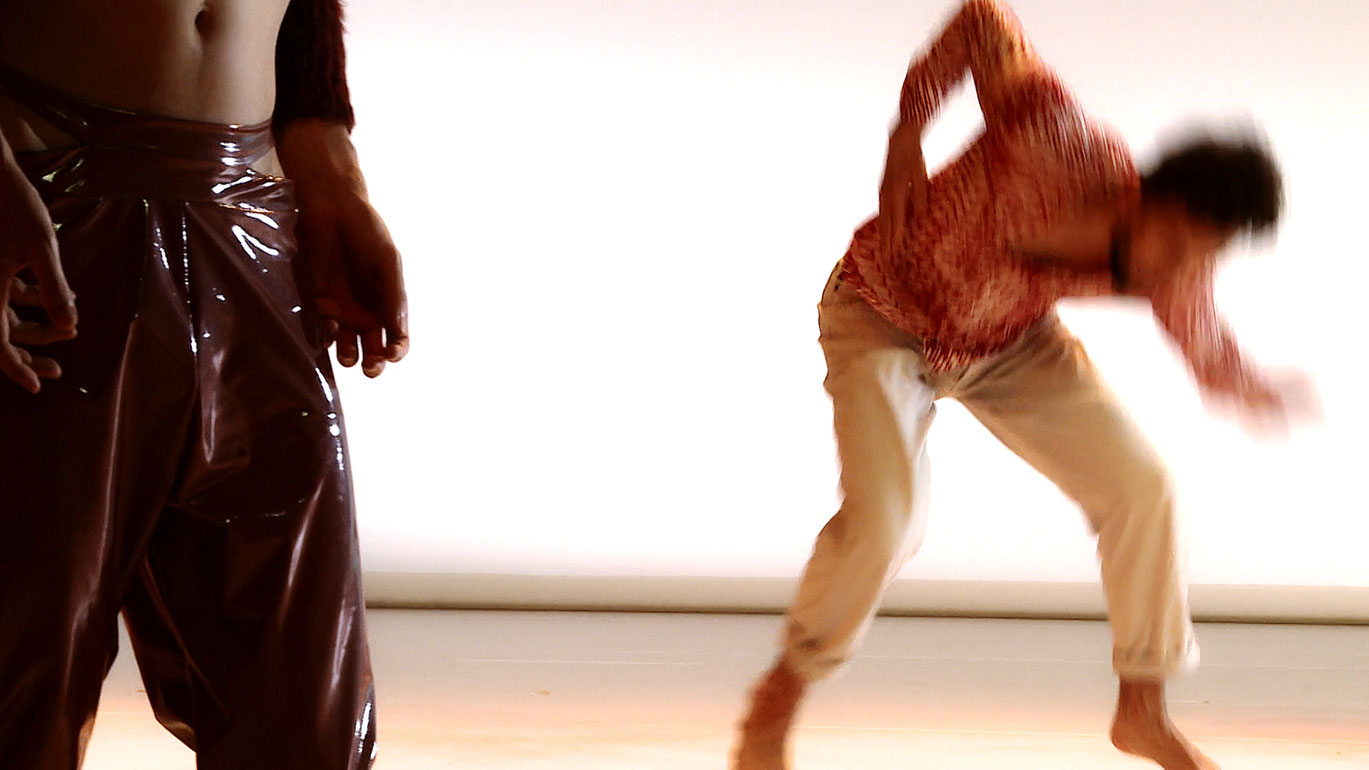 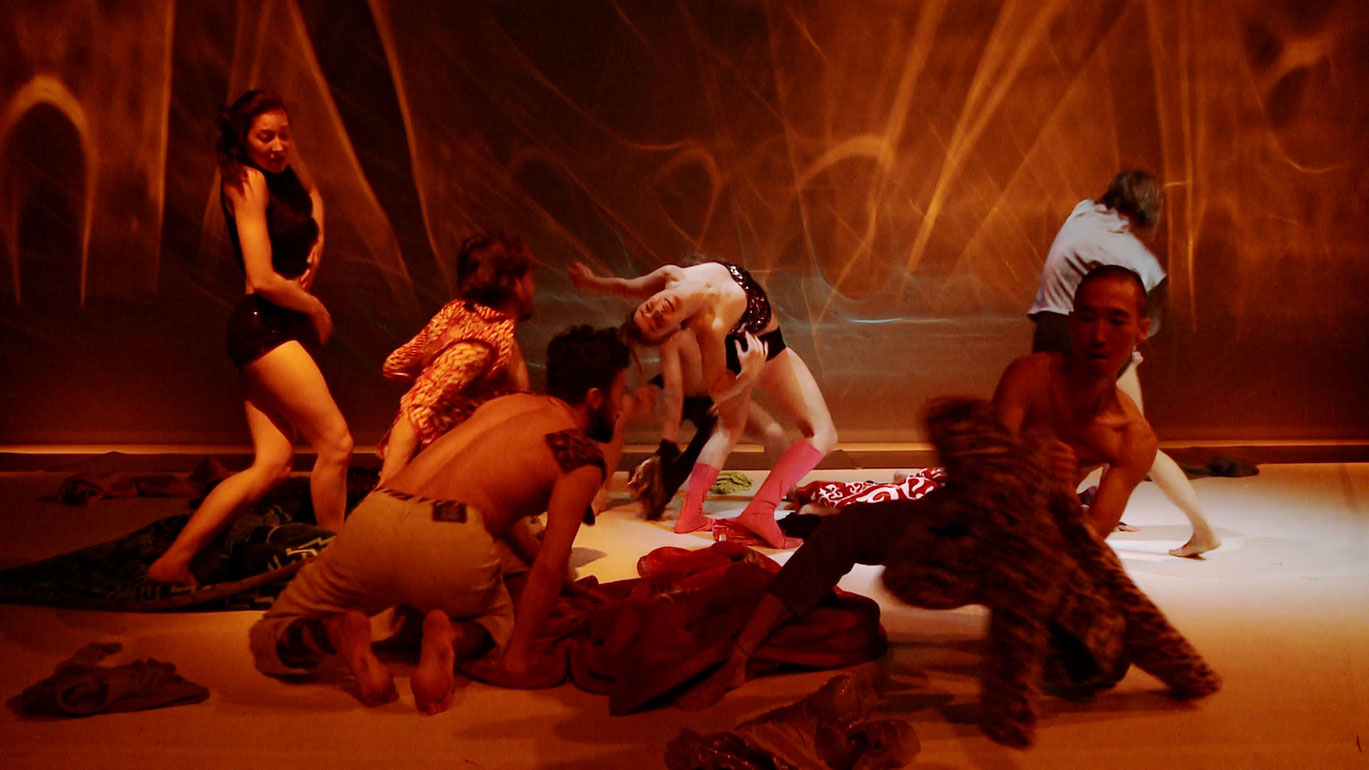 This hybrid, subtle, futuristic chamber play for eight performers and an investigative camera has little in common aesthetically with Jim Jarmusch’s 1980s indie classic Stranger Than Paradise. Nonetheless, the cinema has been a type of communicating vessel for Chris Haring and his avant-garde dance project Liquid Loft since its founding in 2005: not only has Liquid Loft worked out several choreographies for special cinematic meditations in collaboration with the filmmaker Mara Mattuschka (from Legal Errorist, 2005, to Burning Palace, 2014), but also appearing throughout the compagnie’s output are allusions to maverick directors, such as Andy Warhol (in the Imploding Portraits Inevitable trilogy, 2015/16), Alain Resnais (in Blue Moon you saw ..., 2020), and David Lynch (in nearly all of their productions). The mobile mirror is the main cinematic metaphor in Stranger Than Paradise; it produces manneristic distorted images, and also the longing to dive into its dark wonderland as Lewis Carroll’s Alice once did, or Jean Cocteau’s death-yearning poet. Colors and forms blur picturesquely in the critical self-reflection.

The work, which revolves around body and spirit, extension and contraction, animalistic and artificial intelligence, operates with minimal equipment but in return, radically expands its associative potential. Along with the costumes, the identities fluctuate by the minute, one comes and goes, remains entirely to oneself, and yet in the group, draws invisible signs in the air and on the ground, the body itself is moving script that must first be decoded. Animal-human machines are what appear here, driven by hypnotic music, by trance-like slowed-down songs, which penetrate into the glistening white of the stage scenery, later also into the darkroom atmosphere. Paradise is lost, the strangeness remains. (Stefan Grissemann)