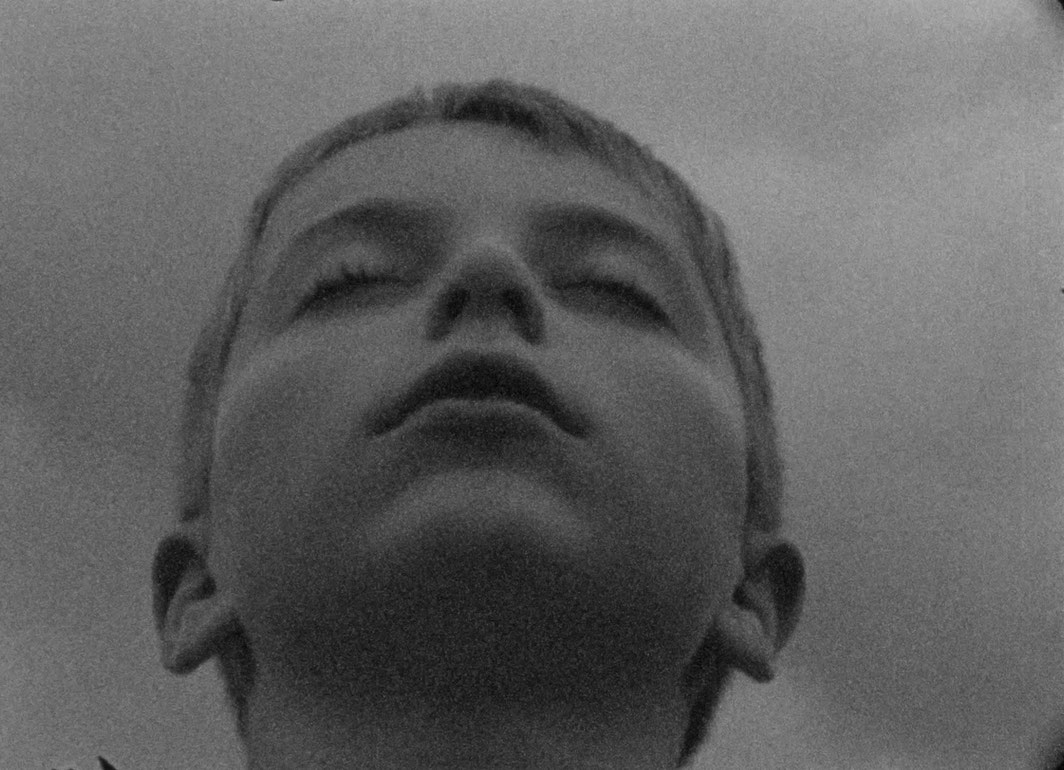 A film in 26 shots dreams about the captivating rotations of 17 cartwheels executed by a young girl. Friedl vom Gröller condenses children’s literally active fantasies into just a few seconds and searches for their counterpart in the movements of her S-8 camera.
Starting with a boy asleep and dreaming, the images come thick and fast: cloud-covered hills, wild cats of prey, glances swallowed up by the approaching night, mysterious objects and again and again the cartwheeling girl, who flies through the pictures and suddenly lands in bed next to the boy. Everyone dreams, everyone lives! And anyone who thought that film couldn’t play with words will be proven wrong by the final shot of a car wheel, rather than a cartwheel.
The camera and filmmaker seem to learn more and more from the young protagonists. First they experience the necessity of dreams in the world, which they find between the images and in everything captured on film that tells of another life. Then they’re ready to take on the cartwheel’s tumble and flip, which was first documented in antiquity. Camera pans and rotations and upside-down images perform the feat, and constitute far more than mere gimmickry. All this is a reminder of freedom and what should really matter.
Das Rad is a film based on analogue analogies: fantasy, children, dreams, movement, cartwheels, and film. Suddenly it becomes clear that all of cinema is inspired by gymnastics: film reels, jump cuts, and the fine balancing act between reality and unreality. Rotating in the spirit of imagination and movement, the cartwheels and the film fulfill the dreams of cinema. (Patrick Holzapfel)

At the same time that politicians, corporations, stocks are beating their wheels, a pleasurable, playful wheel-beating is taking place. Falling asleep, dreaming, waking up, floating clouds and dusky hills are also part of the rhythm that belongs to another world. Let's not forget it. (Friedl vom Gröller, Sept. 2021)