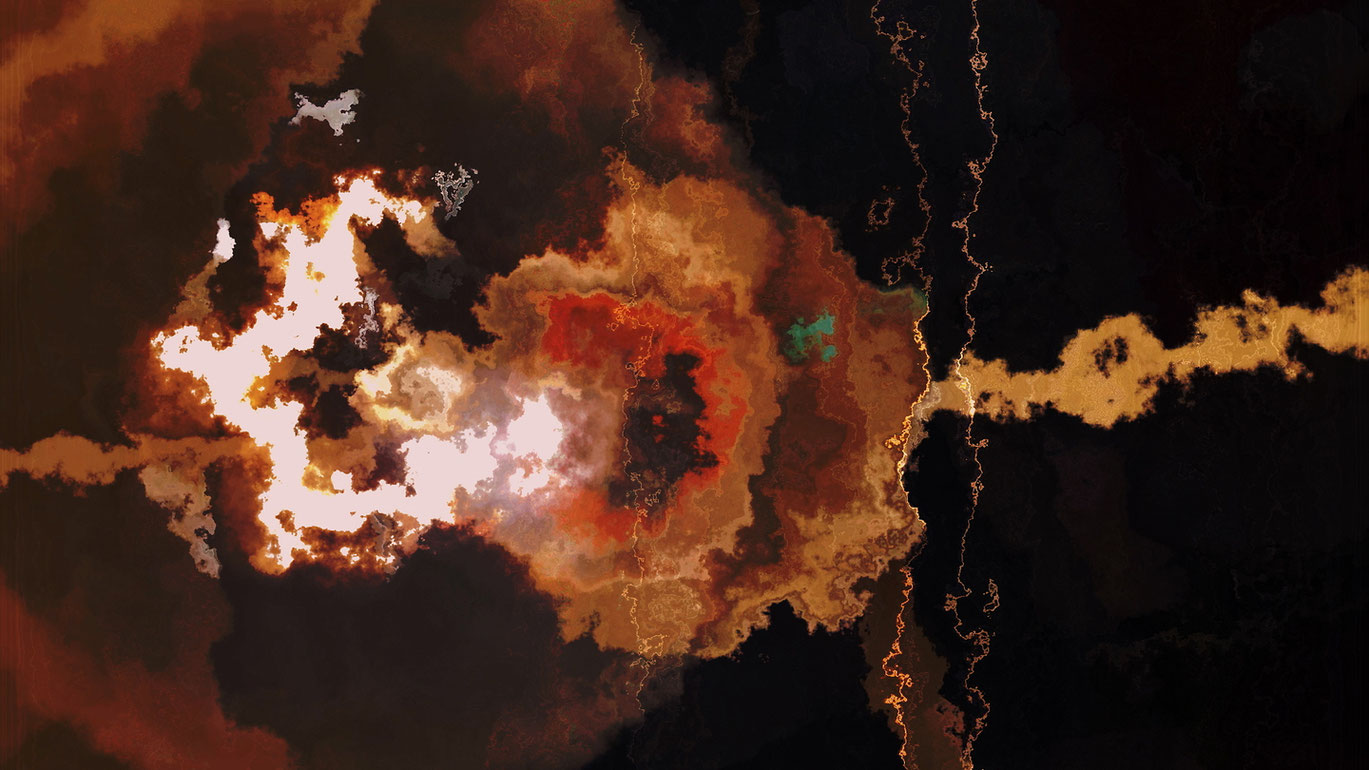 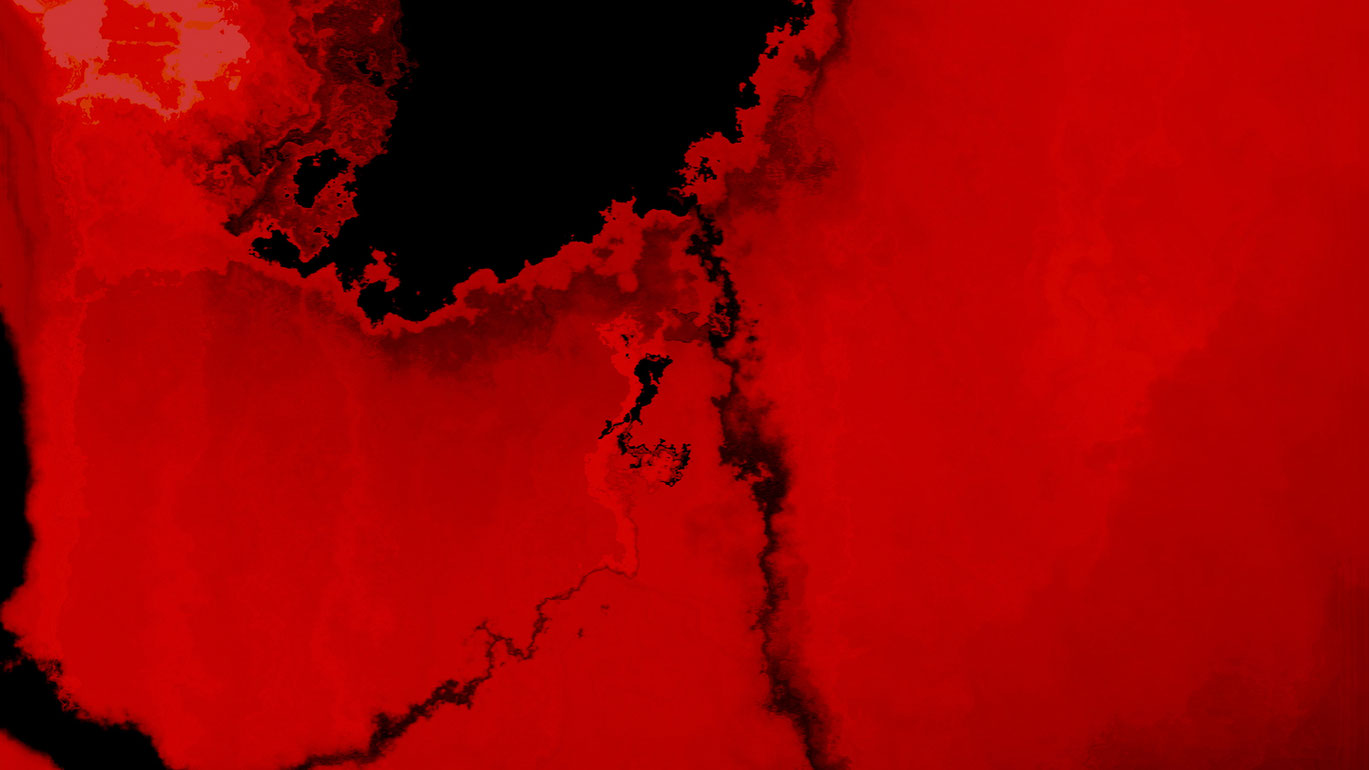 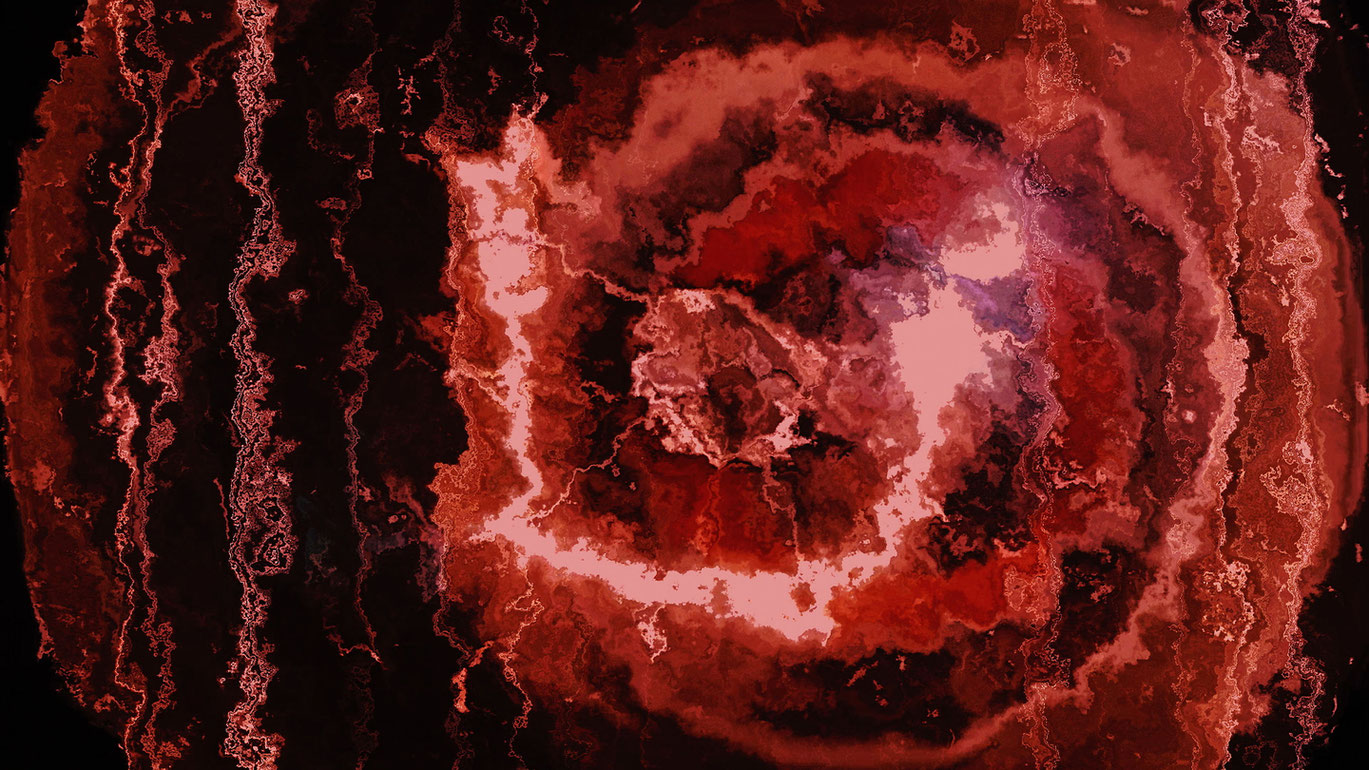 In pliiii, the extinguishing of a light source becomes the starting point for a brief abstract movement — a visual reflection as an homage to a deceased friend. To do this, video artist Tina Frank uses a camera phone to record the flickering on and off of an LED lamp and alienates the recording through various image processing methods. She zooms in and out, speeds it up and slows it down, and works with color filters until organic, sometimes dizzying patterns in shades of yellow and red begin to appear. Similar to the images from a thermal imaging camera, glowing areas emerge in some places, which pull down into depths and break through the otherwise prevailing two-dimensionality. Again and again what the viewer sees awakens associations: of a pupil, a retinal image, a cone of light, the sun. However, the attempt to categorize the enigmatic image fails, and instead we detect energy states, electrical currents and intensities, light emissions. A nervous shimmering holds the assembled phases together, which on the acoustic level are accompanied by persistent electronic signals, noisy soundscapes that rise and fall in pitch. There’s an erratic shimmering until the sounds move upward in undulating movements, swell up, and then fade, only to rise yet again.

Tina Frank, a close collaborator of musician Peter Rehberg, who passed away in 2021, has continued iii, their joint work from 1996, with pliiii. The audio portion comes from General Magic, Rehberg’s colleagues. With the acoustic source material consisting of the high-frequency sounds of the LED lamp, the exploration of the intrinsic life of an everyday object is reminiscent of the legendary project Fridge Tracks, created in collaboration with Rehberg, in which the humming of refrigerators was declared to be music. (Shilla Strelka)