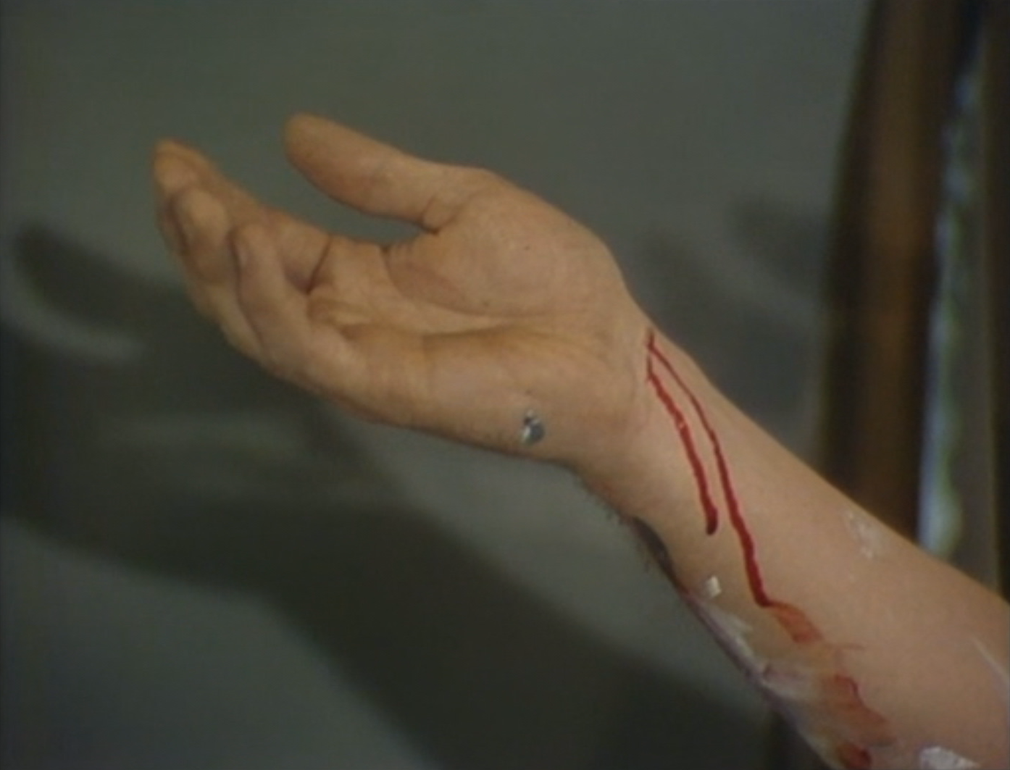 Nobody dies more beautifully than Udo Kier. In Jan Soldat’s Staging Death, via lively montage Kier’s multifarious passing away in several dozen roles becomes a frantic gallop through five decades of film and television history and a comprehensive tribute to this fearless actor, who has surfed between (ostensibly) noble art and the most sacred trash. Kier's highly individual performances ooze an idiosyncratic physicality that is at its clearest, purest, and most beautiful in the moments of his on-screen death. His legendary blue eyes are sometimes open, sometimes closed, his mouth wide open for one final scream, sometimes distorted in pain, sometimes smiling almost peacefully. The body, not quite yet a corpse, twitches or rests or is shot at and torn apart. With each blink of an eye, another new cosmos opens up in Jan Soldat’s artistically playful condensation of this unprecedented career. Each individual film, through its texture and atmosphere, suggests different production values and contexts: from auteur films to video store fodder, from sexploitation to children’s TV shows, from blockbusters to the avant-garde. Seen in this way, Staging Death is also the delightful distillation of a worthy research project that covers 170 feature films and 50 short films as well as 120 episodes of television series. Out of all the dead Udos grew this homage, as an essay and work of found footage, a supercut as indeterminate, indefinable and effortlessly cool as its star. In the middle of it all, as the climax and key moment, is a scene from John Carpenter’s masterful one-hour film Cigarette Burns: Udo Kier does himself in and threads his intestines into a film projector. “I made my own movie,” he says into the camera, as if he doesn't know that he’s always done this, that it’s always been this way.
(Markus Keuschnigg)

Udo Kier dies his way through film history. He screams, falls, lies, is chopped up, shot or takes his own life. Again and again his empty gaze, again and again his rigid body. In 54 years of acting career Udo Kier played in more than 170 feature films, 120 series episodes and 50 short films. More than 70 times Udo Kier tried to give an expression to dying and death. In Staging Death these representations of death merge into a montage of the most diverse shot sizes, film formats, special effects and sound designs. European auteur cinema, Hollywood blockbuster, independent trash, art installation, television film, commercial, music video and children's series: in Udo Kier's oeuvre, everything becomes one. In this sense, "Staging Death" also moves between document, essay, found footage, supercut and Youtube clip. (production note, Jan Soldat)