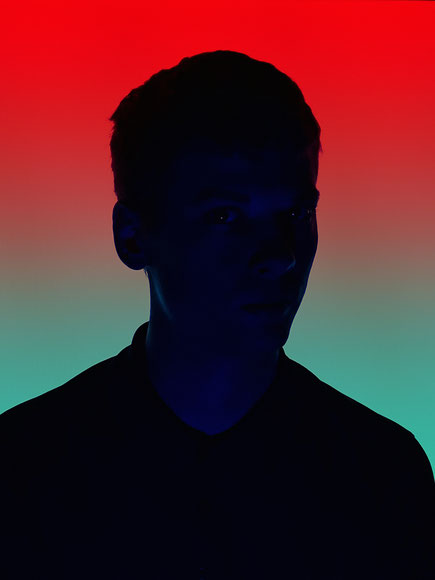 Born 1985 in Austria, works and lives in Vienna.
Jung An Tagen is one of many pseudonyms of the musician and artist Stefan Juster, who lives in Vienna. Early on, he was a part of the post-noise tape scene. As Cruise Family, Stefan Kushima and other pseudonyms, he has published a series of releases on different labels.
In 2016, under the pseudonym Jung An Tagen, he started to release on the influential Editions Mego. His LPs combine influences from early Detroit techno, trance, electroacoustic music à la Parmegiani, and high-end sound. The visual part of his work is aesthetically close to his music. Juster works with digital media and video, where reduced, quasi-geometric forms move over the screen in aleatoric patterns and form a synesthetic connection with the sound.