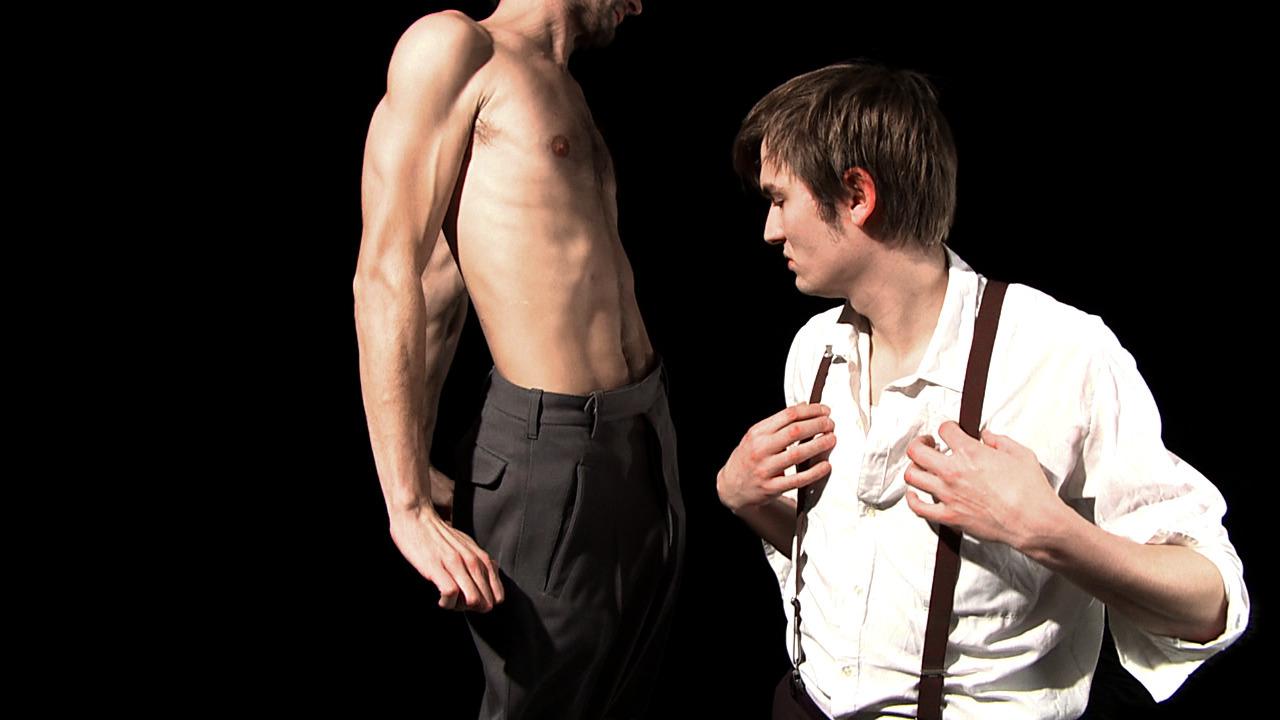 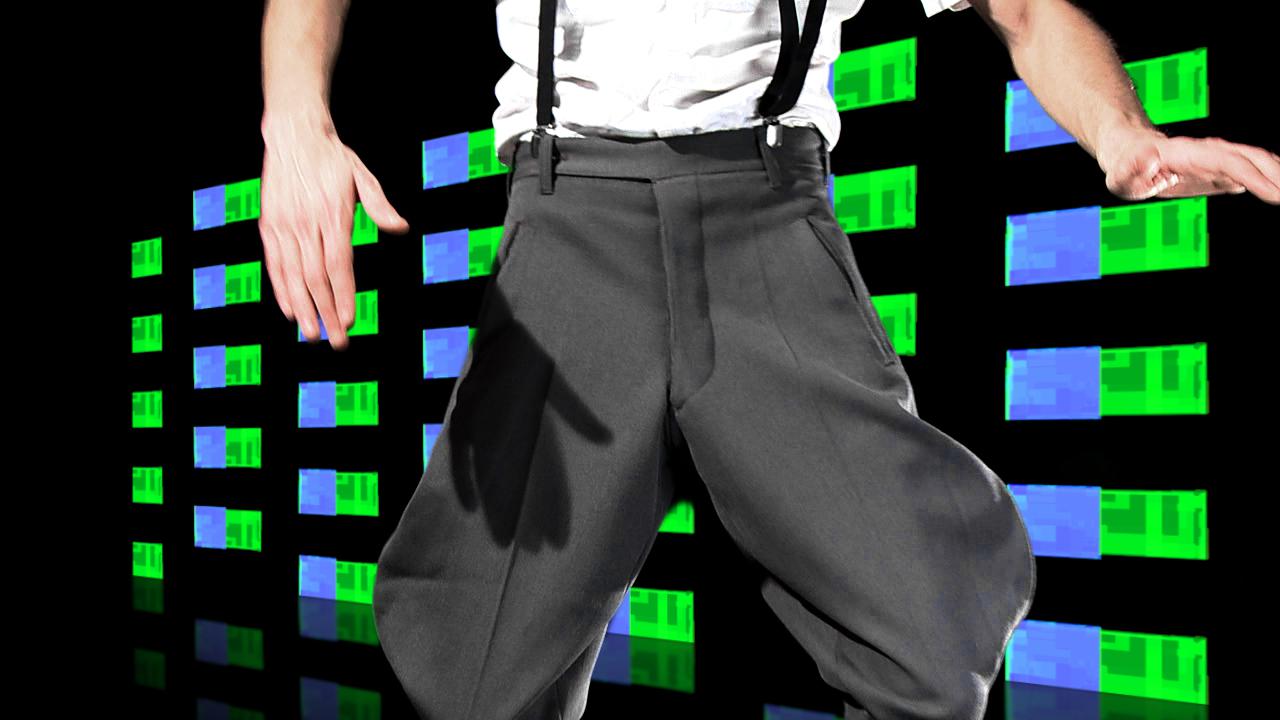 A male mating ritual or just cool posing? Both and neither. Young men, dressed smartly in white shirts with suspenders - which they will soon remove - dance to the hammering beat of a classic house track. In it a woman´s voice, somewhat distorted, assertively ends a fizzled relationship: "... and I don´t hesitate to say it´s over, boy!" But before it´s "over" the men assume various poses in front of a background occasionally reminiscent of discotheques and their light shows: They jump up and bump their chests together, coolly run their hands through their hair, dance to the music, spray sweat and Champagne, and shoot off a mini fireworks show. While these rituals are not unknown, they alternate between being familiar and somehow disturbing because of the setting. Just another music clip? Only if we let the editing and framing, which match the music perfectly, fool us.
The male bodies on display here tell a different history: Neither muscular nor tanned, on the contrary, they are puny, pasty, somewhat flabby, their shoulders hang and they shuffle when they walk. At the same time, they occupy their own place in a subculture that celebrates the bodies of boys about to become men, so that even designers in their seventies want to fit into tight jeans again. These bodies are not threatening, they need not be pursued, as they just hang around. Apart from clichés relating to the (hyper)sexualization of certain musical styles, they can tell us something about the varied nature of a possible desire, or the niches of a desire that can manifest itself in a number of different symbols: David Beckham´s sixpack produces the same effect on some people as severe black-framed glasses on others, and for some a skin-tight tank top is for others like simple gray uniform jodhpurs. With suspenders.