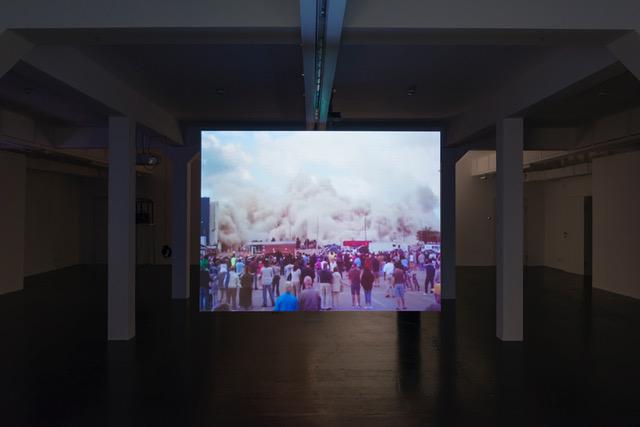 The program will be accompanied by a conversation between Viktoria Schmid and Dietmar Schwärzler.

Talking Screen aims to explore the various forms of presentation of films in an exhibition context, but also the cross-media interferences with other artistic practices. The presentation formats, conceived jointly with the guests, are deliberately kept open; they are intended to include multifaceted varieties of (performative) self-presentation and enable critical discourse on film formats and forms. The setting will be an evening consisting of a combination of films, conversation, and micro-exhibition.   In Viktorias Schmid’s artistic work, cinematographic elements are utilized: film formats, historical color film processes, light and shadow plays, paraphernalia of cinema such as movie tickets, and also quotes from film and cinema history. In her series “A Proposal to Project” she creates canvases of different sizes (corresponding to the cinema screen, but also formats that she herself has devised) and places them in natural settings: for example, in the sculpture park of the Djerassi Resident Artists Program in Northern California, and the light-flooded landscape of the Curonian Spit in Lithuania. Ephemeral moments and time sequences, determined by the strength of the sunlight and time of day, also come into play in her cyanotypes: in this photographic process, daylight is used for exposure, resulting in negative images of the original forms and shadows. Talking Screen presents a selection of Schmid’s various artistic practices that are united by her love for cinema and film. We will lead you through the evening with a guided tour. (Dietmar Schwärzler)

An event presented as part of Vienna Art Week (November 12 to 19, 2021) on the topic “Losing Control”, in cooperation with Künstlerhaus Wien and sixpackfilm.