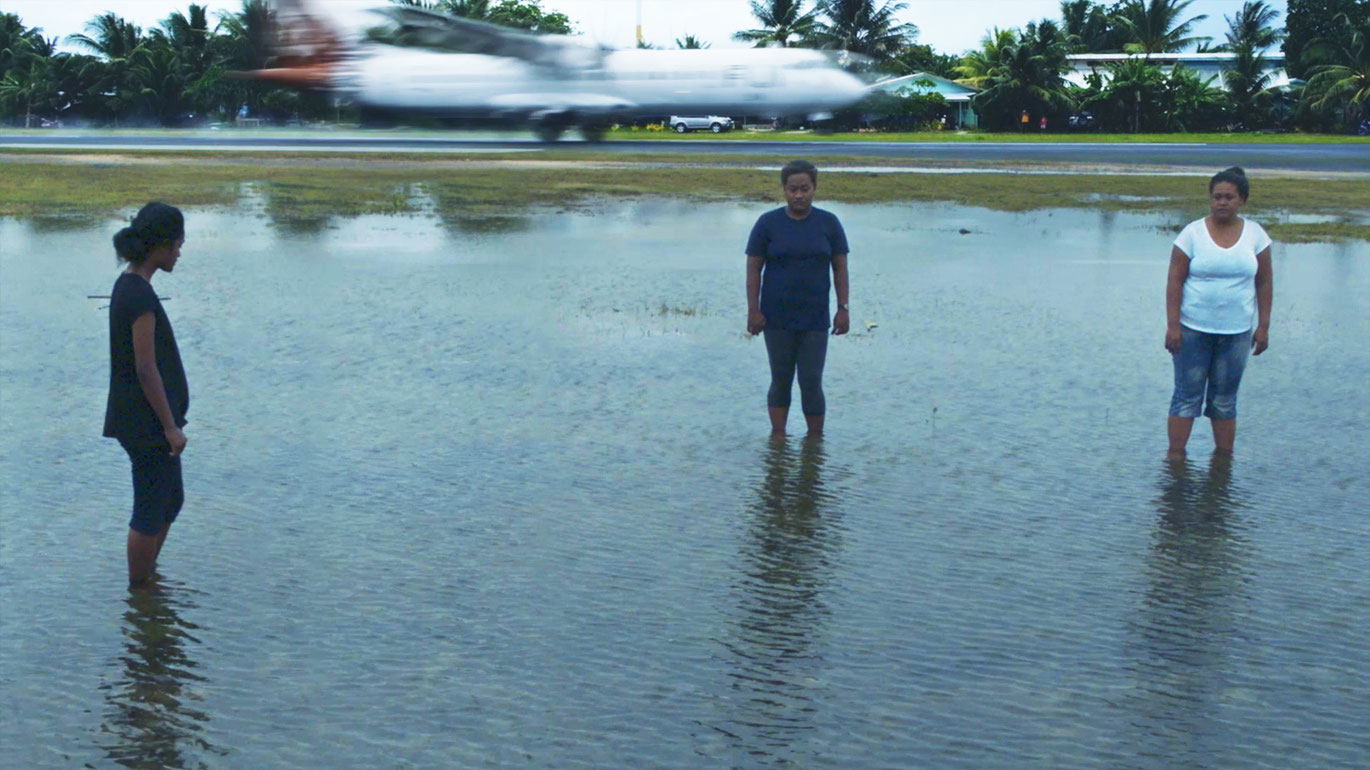 Flatform calls itself a "collective artist" rather than an "artists collective", all steps in the development and production of new projects are defined as collaborative work. Flatform was founded in 2006 by originally three media artists in Milan, today the core consists of Annamaria Martena and Roberto Taroni with changing collaborators.

In their often playful but precisely composed films, Flatform puts in question familiar perceptions of landscapes but also of experiences of natural laws (such as the passage of the times of day).
The works could be described as through-choreographed landscape portraits. On the one hand, in reference to the people moving through the images, but also choreographed are the landscapes themselves or their components, which seem to disengage from habitual continuities of space and/or time.
Flatform's method is a process of permanent "displacement" in order to explore different possibilities of the potentials of the "explored" landscapes, but also to formulate bio-political questions from them. (Gerald Weber)

As in an artist’s workbook, drawings, texts, diary entries, layers, frames, alternative sequences, and installation renderings intersect with Flatform’s video productions in a poetic and non-mimetic exercise of their cinematographic techniques.
Having no cover, the book suggests that something begins – or ends – elsewhere, offscreen, thanks also to the gradually shifting book sections that mirror the circularity conveyed by the work of Flatform.