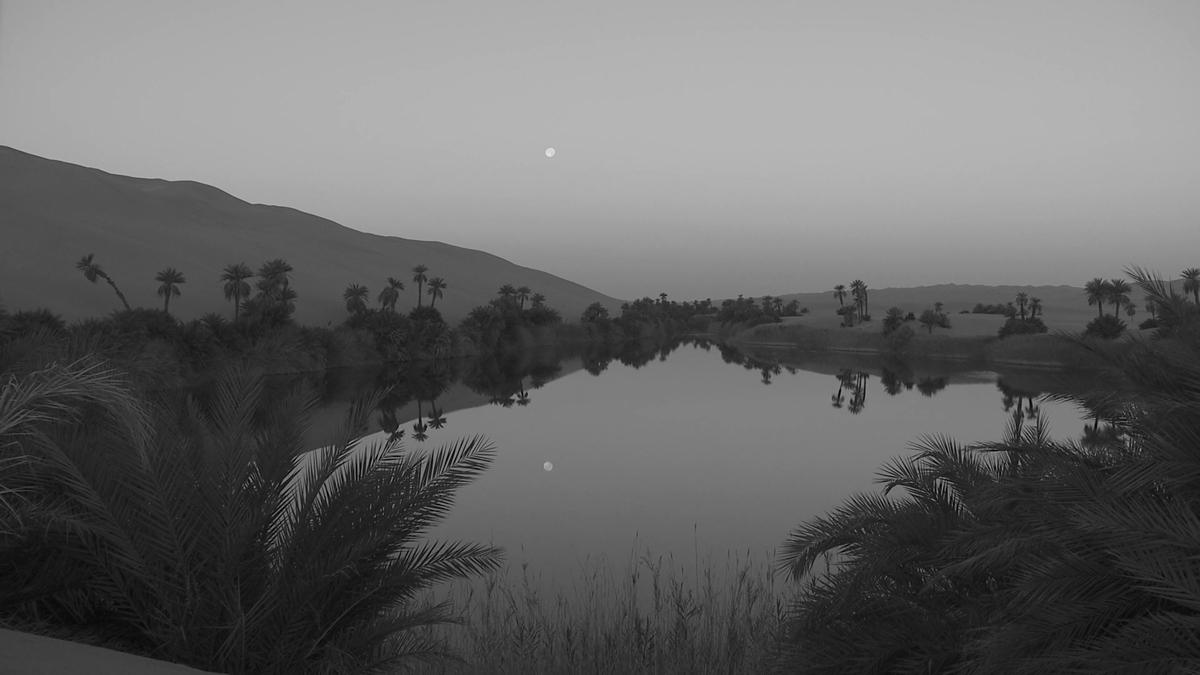 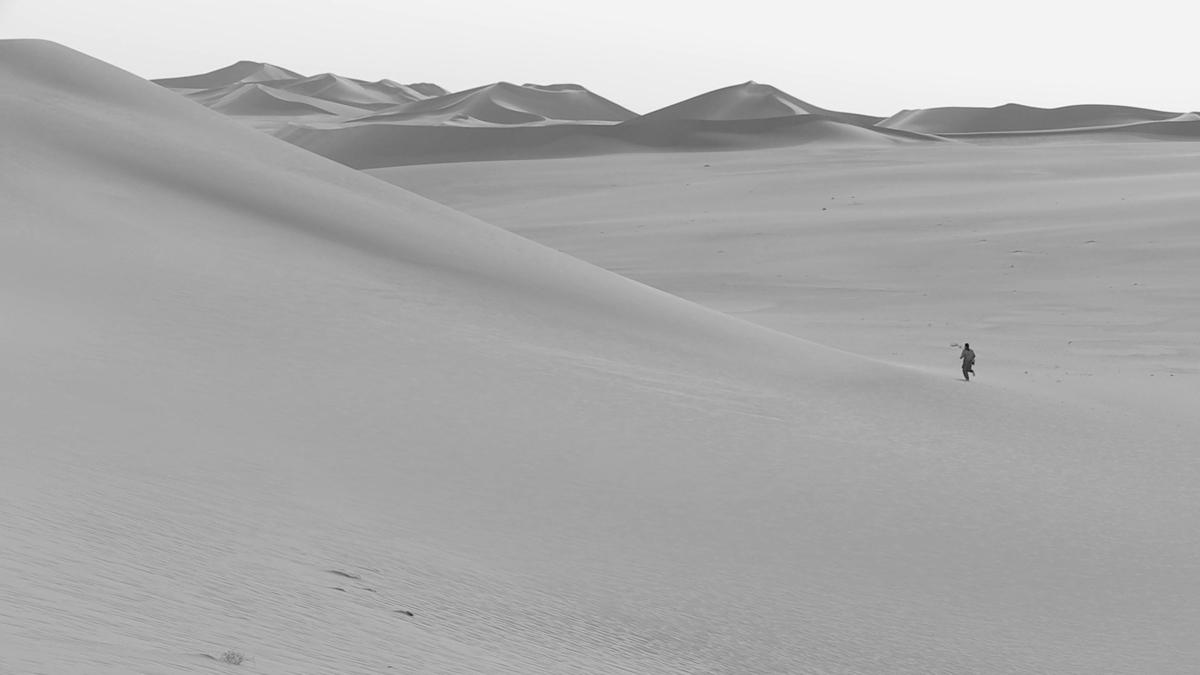 (...) I couldn`t have followed this earthily oneiric short with more direct continuity than with another experimenter transporting what is before a camera to a grander, broader plane, one even more splintered from a recognizable world. Austrian filmmaker Peter Schreiner`s Fata Morgana, suffuse in its every digital pixel with impassioned anguish, abstracts a relationship between two actors into an experience, resolutely painful and searching, of two souls. Two humans fill the frames, both seemingly of the same craggy later middle age, but the woman aged physically beyond her years, and her ticks, her halting words, and most especially her eyes tell expansive but enshrouded stories of a personal history of endless crestfalls and hurt. Realism here is only digital: faces as big as landscapes, details of beard bristle and eye wrinkle beyond comparison, and landscapes themselves–German interiors, Libyan exteriors–voidlike negative space.

There is no realism in the dramaturgy, no plot, no everydayness. A rare scene of the man eating food seems a shock in a film where people don`t eat, sleep, work, do–they exist, serch within, ricochet glances out to search the other before turning, again, inside themselve, asking silent questions, voicing rare, fragmented thoughts. It is the strongest cinematic expression of ghost and ghostly existence I have seen. All is held, all is almost. Sentences are not completed; exchanges search for words, always abstract, to describe a real life experience and feeling that could not possibly have happened here, in the digital sheen, like an unfurling silver nitrate photography, of Schreiner`s filmworld. This world is elsewhere, as are its two inhabitants.

Most powerful of all is that these sole survivors (only one other person is visible in the film, an unexplained presence in the Libyan desert) bespeak of an intimacy between the two that is deep and profound and loving–but a mystery. It is one which invokes a foreboding sense of documentary, especially because the man has a caretaker aspect to him, a difference and a kindness, in his way of of looking after the woman that is not returned in measure, and that which ties the film back to Loznitsa`s Letter and infirmity... and exile. The level of dramatic abstraction feeds into this as well, evoking a piercingly vague non–concreteness to dialog, exchanges, moments, evoking dementia, trauma, amnesia. Yet this psychic–emotional–mindful/lessness shares equal time and space with the textures of faces and hands, the sharpness or whispiness of irises, the satin digital pattern of a house or a landscape. It evoked for me two distinct and different digital portraits of age, distance, and loneliness from 2012, Stephen Dwoskin`s final film, Age Is... and Jean–Claude Rousseau`s Saudade, taken into outer space–or perhaps no space, taken into a very psychic and intimately physical netherworld.