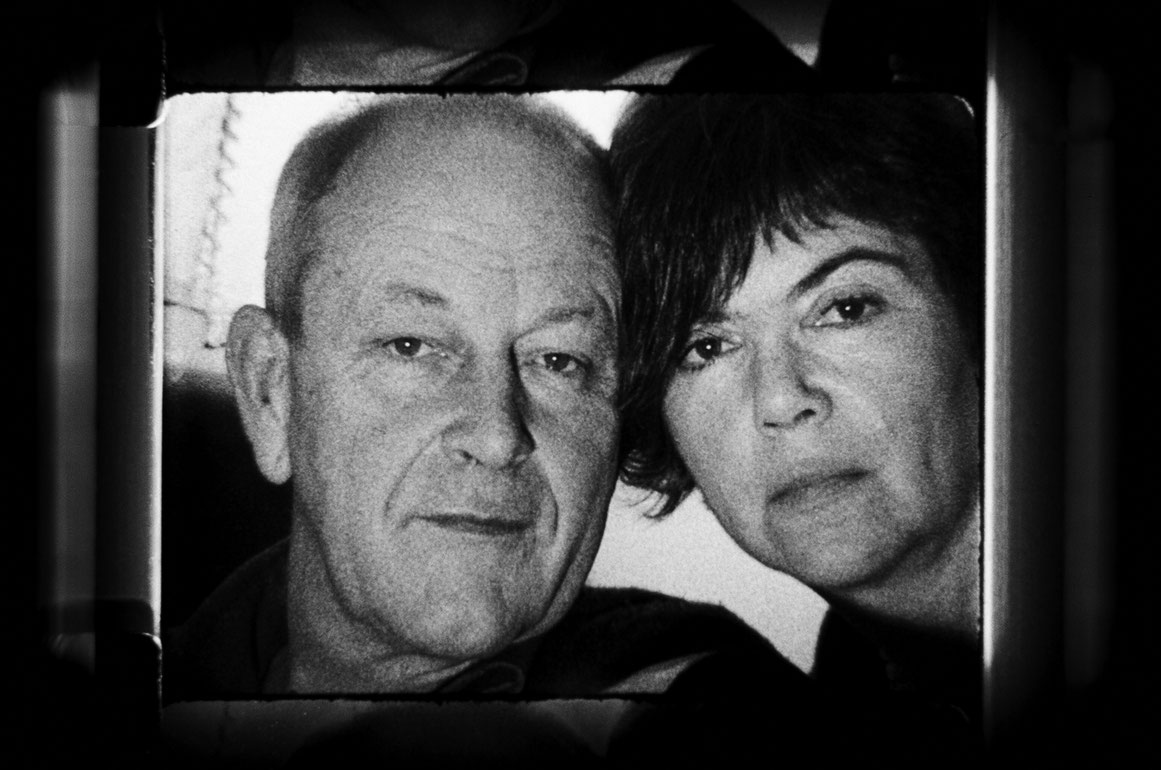 Wedding is a meta-amateur film, a reflection and a condensation of its form: black and white, silent, 16mm, and only two minutes long. A married couple expose themselves to a camera´s objective gaze, while at the same time face it with their own, resolute gaze-and the riddle of a fragmentary plot. The staging thematizes the material it uses through minor errors in the image, like those that appear at the beginning and end of every 16mm film reel, and "bad" cuts, ghostly in between frames. What happens between the images?

The filmmaker appears from off screen, late, three times. The double role that she plays as author and portrayed person, as subject and object is made obvious by her swinging back and forth. Her wedding is completed at the Justice of the Peace, sealed with a kiss. Scene two shows the husband, upper body naked, gazing resolutely into the camera. His wife sits down next to him, she, too, is naked. The couple´s gaze is fixed, blinking slightly, the lens. A shot of nature follows: a river that flows languidly, sparkling silver through the gray landscape. Back inside the husband conducts a psychoanalysis session. A man is lying on the couch, turned away from him; the wife examines contact prints of her photographs; in a kitchen, an oily fluid is transferred. A woman´s hand, (with wedding ring) holds three fingers between the neck of the bottle and the funnel, feels out the viscous consistency of the oil. The faces of the couple appear once again, this time in close-up. In the final scene, the now mobile camera enters a living room, bringing the tripod and spotlight into view. The image pales, is entwined and dissolved by white light. Love, work, life: Wedding is about cinema and the notion of a private sphere. They have something to do with one another.