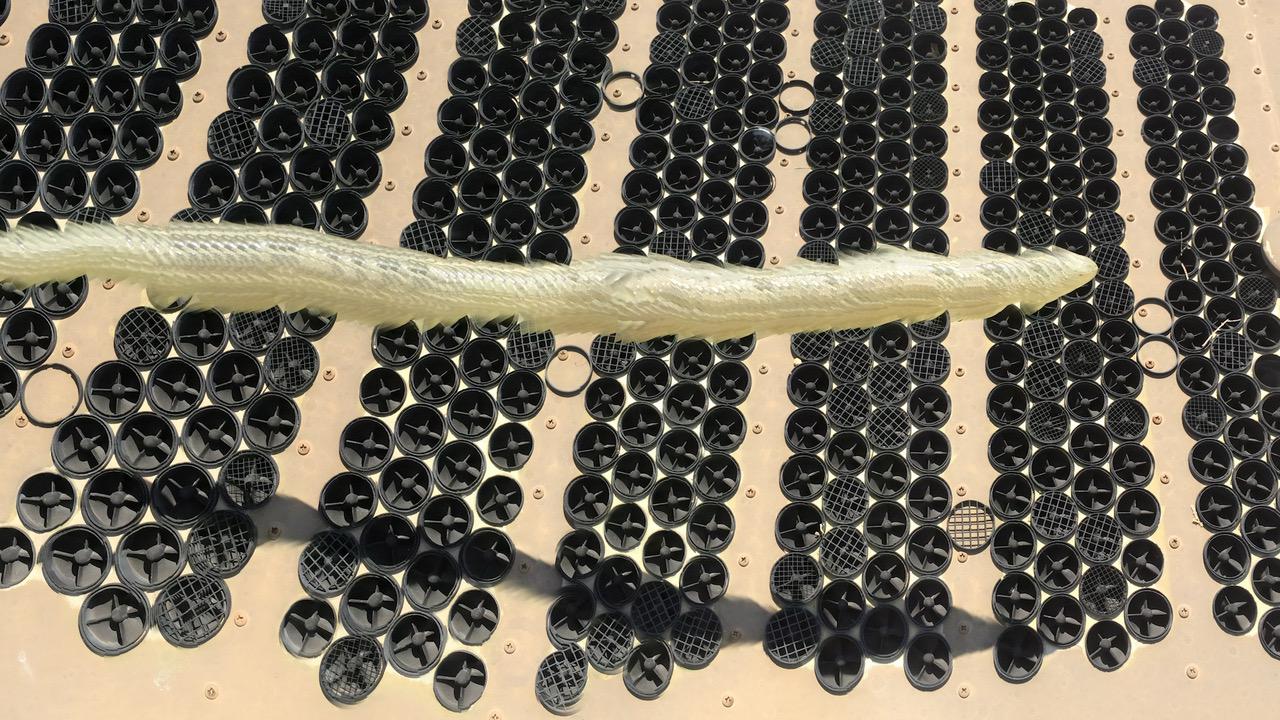 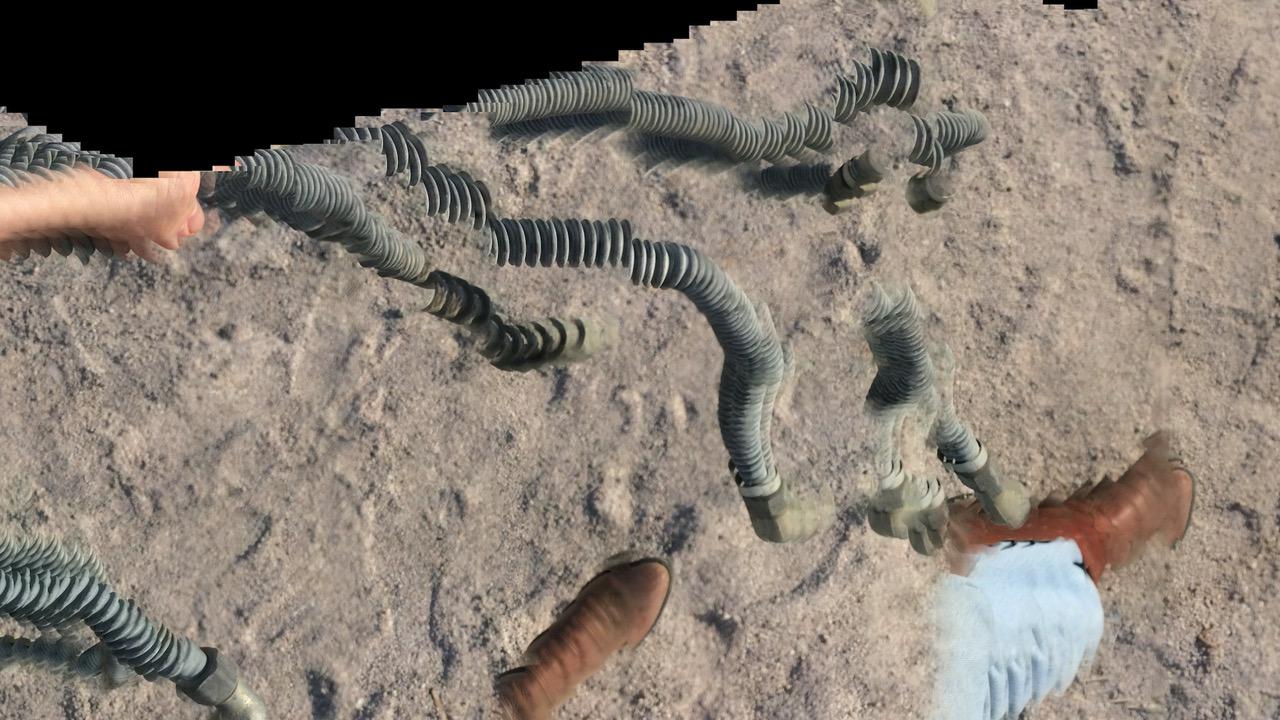 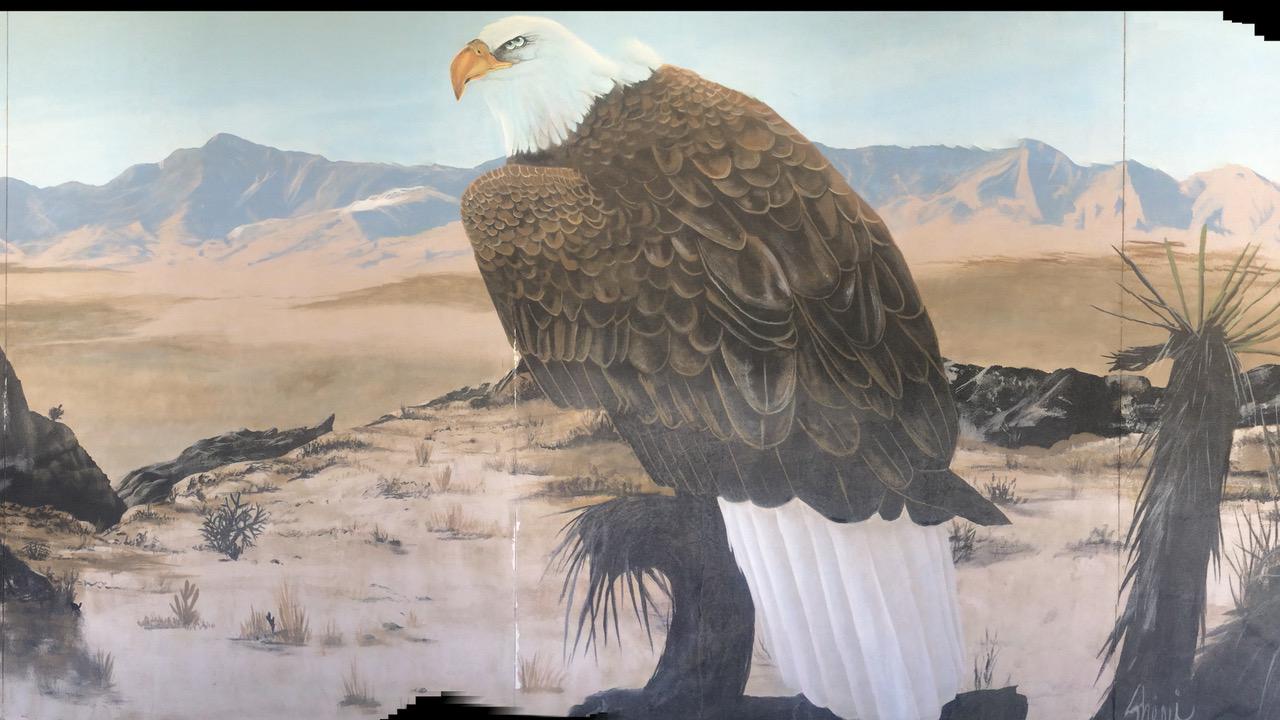 45 miles long, 20 miles wide, and, at its highest level, 76 feet deep in the sink‘s center Salton Sea was the largest inland lake in California. The U.S. Navy started using the Salton Sea in 1939 as a site for evaluating the performance of seaplanes; in 1942, they opened the wartime Salton Sea Test Base on the southwest shore. In late 1944, the 509th Composite Squadron from Wendover Army Air Field began dropping the first out of over 150 test atomic bombs into the Salton Sea. (voice over/ excerpt)

Finding access to the deeper levels and truths of a stretch of land via the surreal, the digitally alienated. Thus is the aim behind Lukas Marxt’s Imperial Irrigation, whereby digital surrealism is anchored in an experimental documentary intent, while text and sound levels snarl the multiple layers of action thus continually decentering the narrative. Starting point for this complex and vibrant territorial study is California’s Salton Sea; close to where Marxt’s Imperial Valley (cultivated run-off) already led. The visual approach to this slowly drying up lake and its highly checkered past takes place through various types of images—most of which have been implanted with elaborately placed, willful moments of alienation. As though the intangibility of the scenery offered could not possibly be encountered via veristic means, the shots are digitally chopped, extended by time stops, permeated by undefinable MacGuffins—and tremble erratically owing to air reflections that arise when filming from a great distance.
Marxt does not exclude himself from this quasi-colonial inspection of a landscape. His cowboy boots, his snakeskin hat, and his hanging out at slot machines or in the car repeatedly intervene as idiosyncratic presences in the flow of images. The artist Julia Scher emphatically narrates a history of Salton Sea based on a text by William L. Fox recapitulating various discursive anchoring moments. At the same time, subtly woven sound elements, most notably insistent passages by the musician Jung An Tagen, for their part, “alter-medially” outdo the “insane sense” of the events. What emerges is a disturbing portrait of a bit of the Anthropocene, whose ongoing catastrophic course, the film sums up nicely. (Christian Höller)