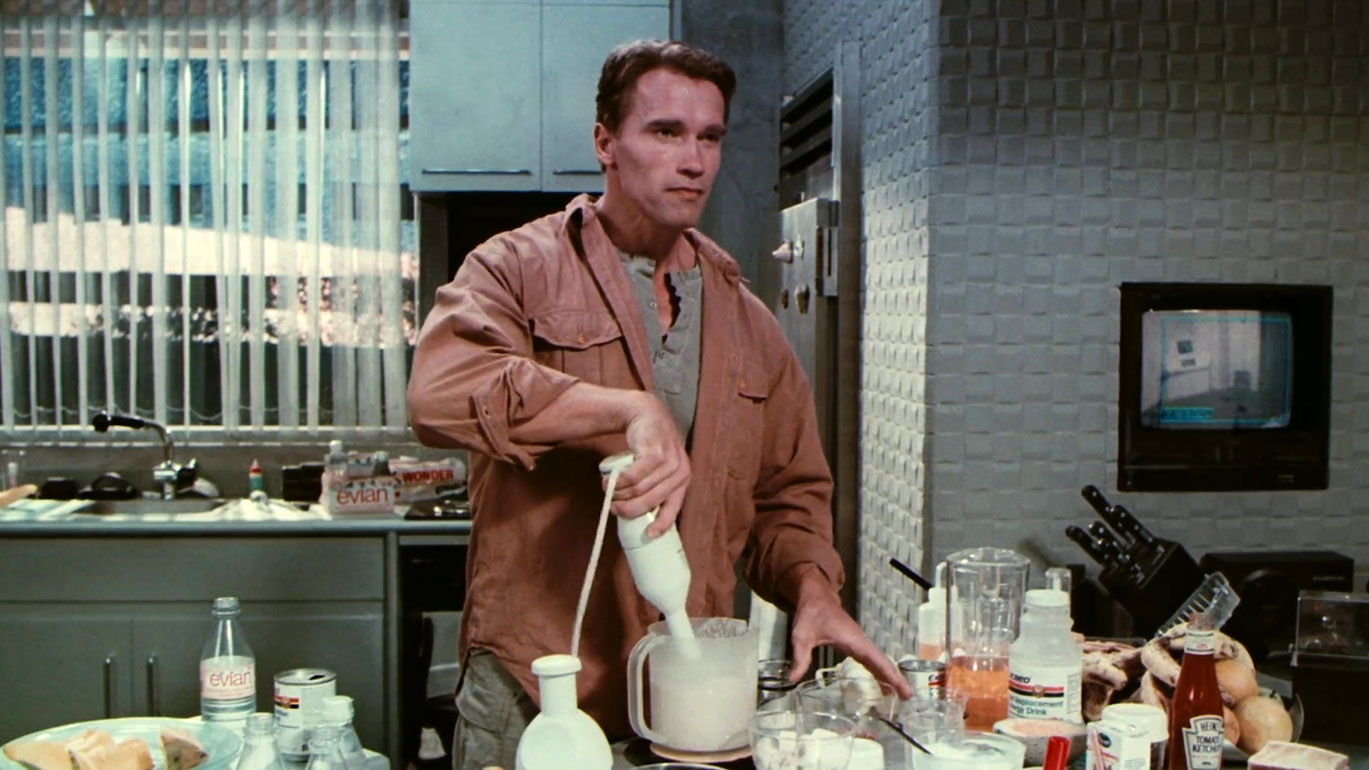 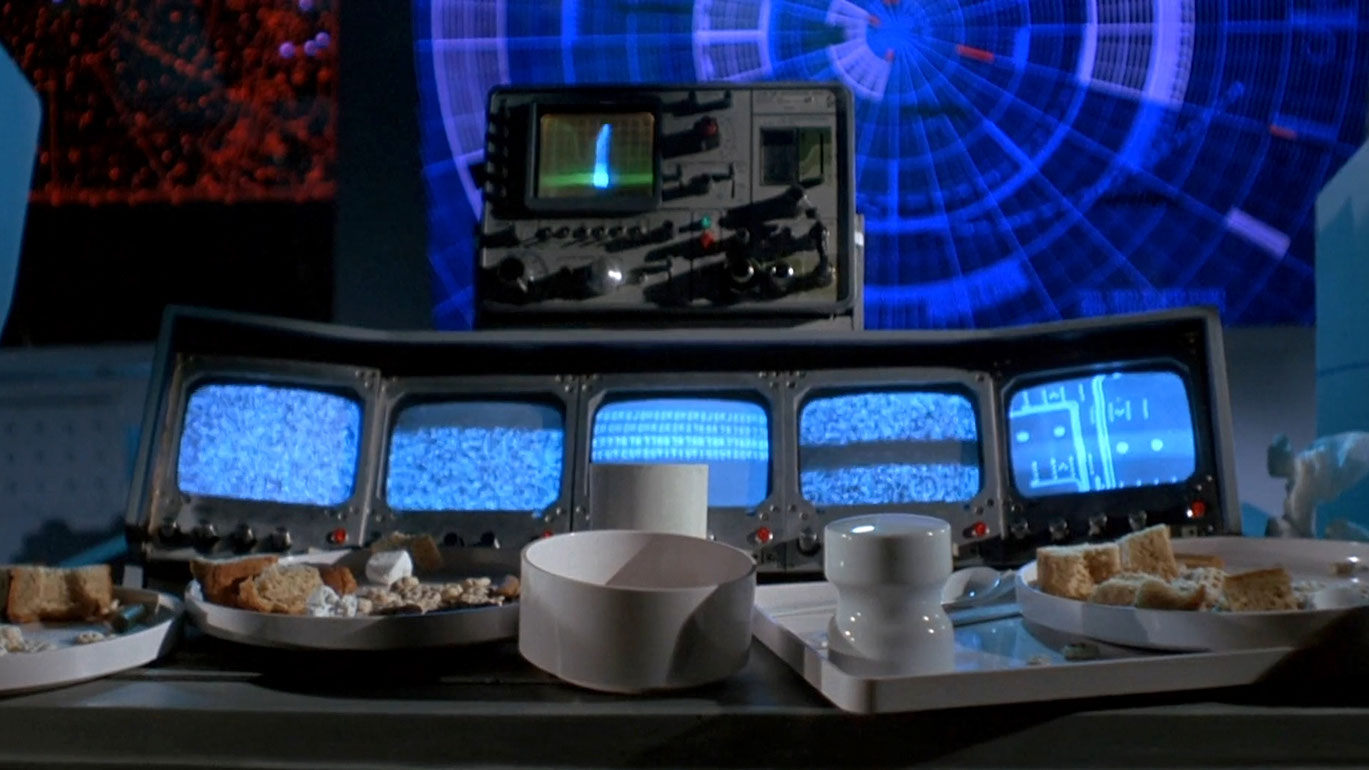 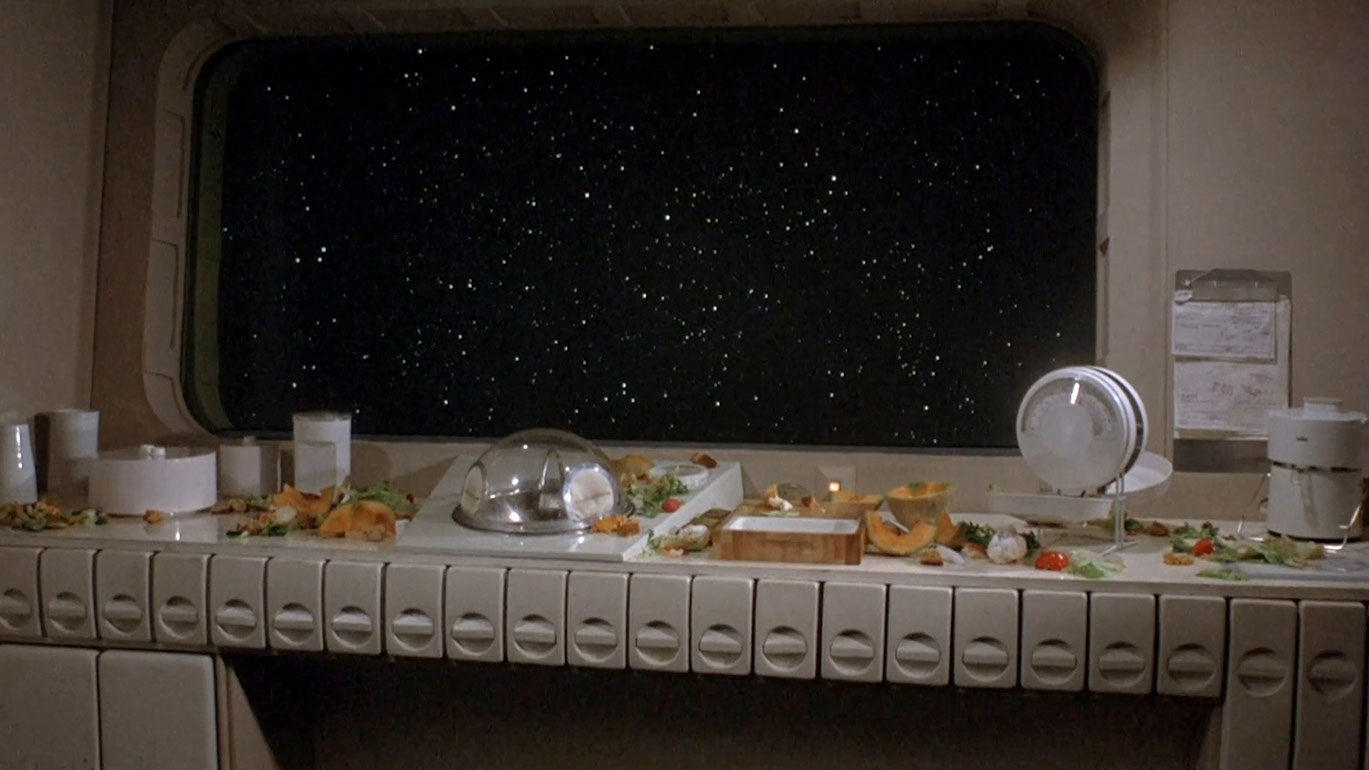 Feeding machines, space canteens, and cooking AI.
An inventory of speculative futurisms about food. Between abundance and scarcity, molecular cuisine and post-apocalyptic canned goods. Food-related practices of supply, from hunting, to supermarkets, to reaching into the refrigerator. Spatial and mechanized arrangements for production and preparation. “Smart kitchen” systems and plantations in space. Water treatment, blue drinks, Gatorade, and human urine. Slaughterhouses and insect farms. Shrunken pizzas and oversized grain. Found footage from science fiction and speculative futuristic narratives from the last 85 years. A grotesque collection of cultural practices relating to food and nutrition, from Chaplin to Okja.

The film itself becomes a feeding machine, and the excess of the overwhelming montage of different tastes turns the viewing experience into a bulimic one. The machine accelerates and spits out disturbing images. Fed with baby food, space food, and maggots, the stomach turns between fascination and disgust. As the images rapidly switch and clash, a choreography emerges that intensifies the absurdity. For some time now, genetic manipulation, industrialized food production, and the automation of caretaking have had more of a place in reality than in speculative futurist scenarios. In an experimental configuration that takes in force-feeding, wish fulfillment, intoxication, the ultimate loss of appetite, as well as functionality and megalomania in the food industry and reproductive technologies, Ralo Mayer examines the dispositif of food found between hunger, desire, and satiety. (Djamila Grandits)