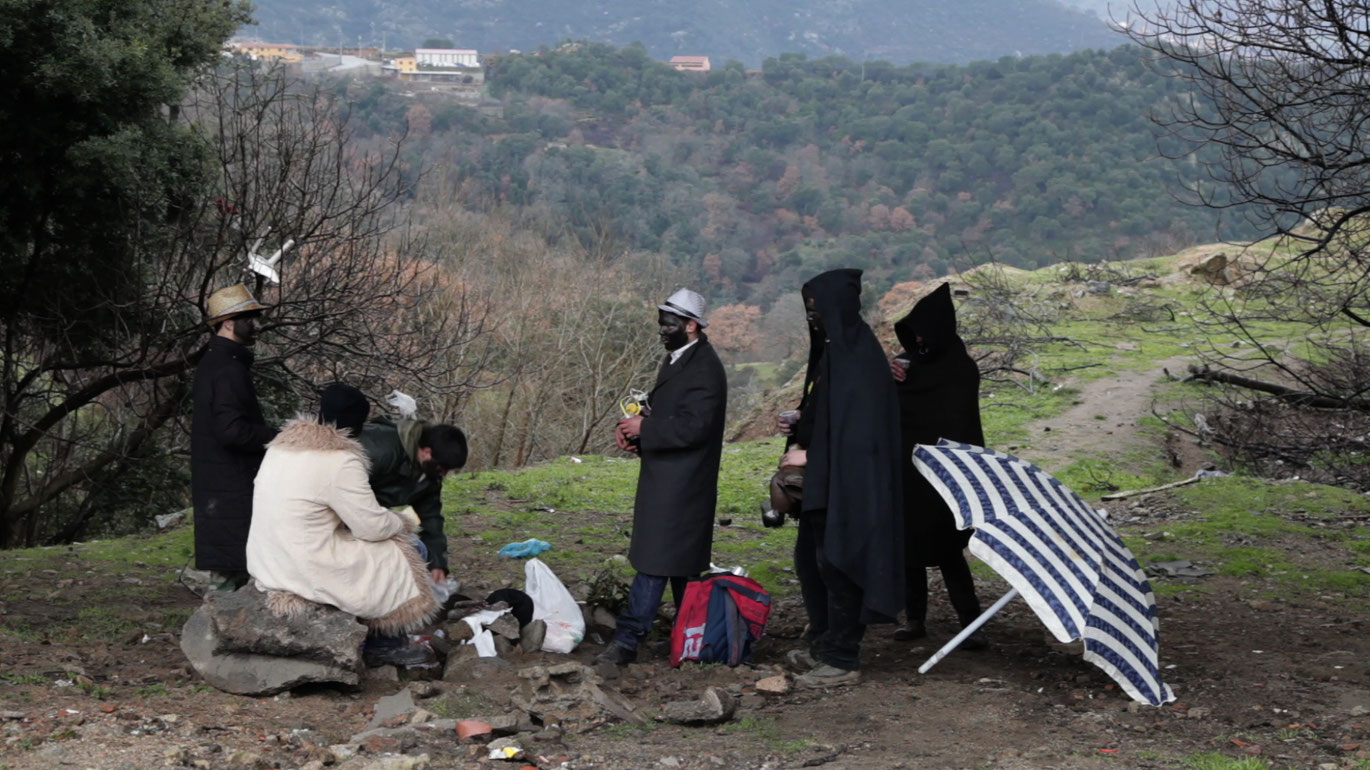 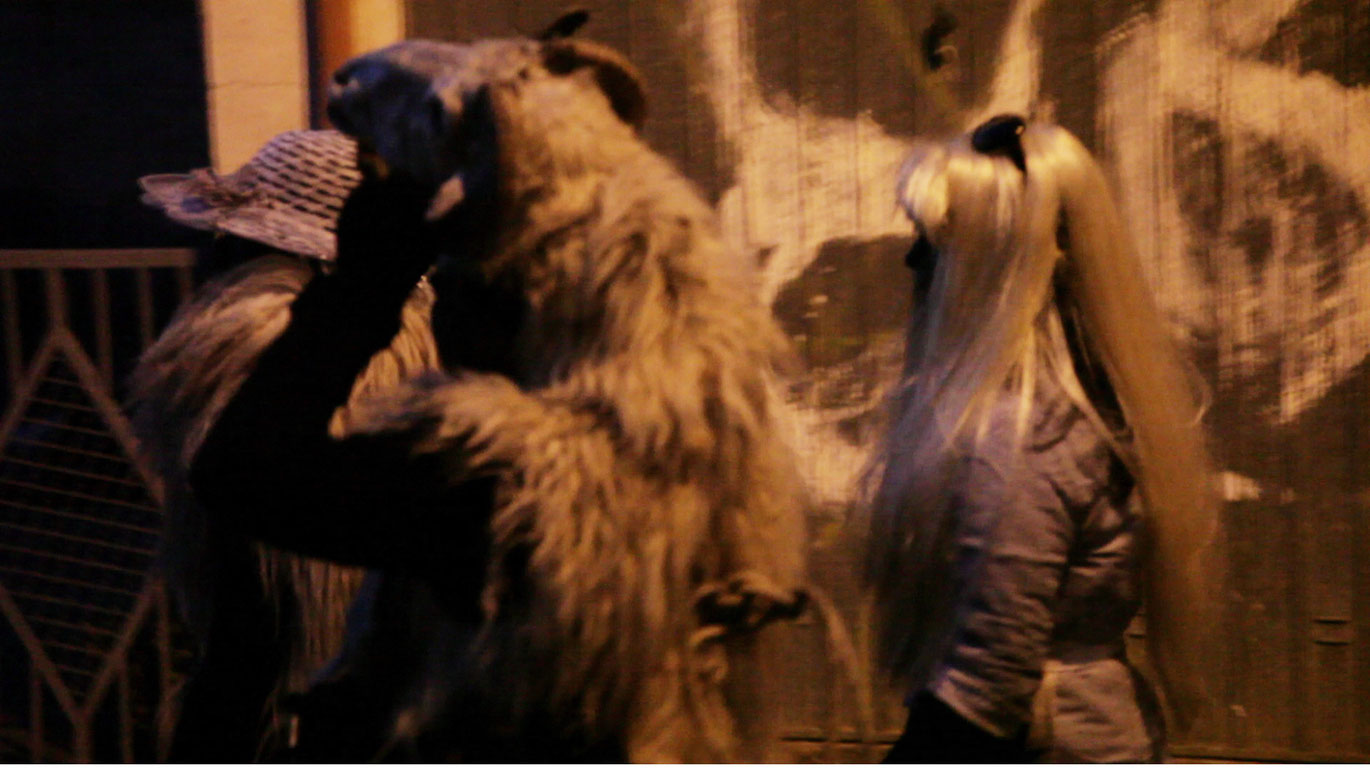 While doing research for a short film during the last few years, I attended a number of carnival rituals in Sardinia. Most impressive for me were the Ash Wednesday celebrations in Ovodda. Located  on the fringe of public awareness, this is not a tourist event or spectacle but a local festival in which each and everyone takes part. This grants all the participants – who are even regarded as including animals and everyday objects – a universal experience and an openness to multifaceted readings. It goes without saying that an egalitarian freedom like this is also redolent with politics and collectivism. While the faces of people and animals alike are blackened with a mixture of ashes and oil, the objects are subjected to new, syncretic uses. A temporary interregnum of exaltation and transition holds sway, in which givens transmute and familiar things may reveal themselves as unknown and unexpected.

My main concern was to translate this experience into a cinematic form that would instantly grab the viewer, awaken memories, move them. Sound and image are also supposed to pass through them, as it were, leaving their traces – both bewildering and consoling.
The aim was thus not about casting an ethnographic, documentary eye on this procession, but to develop a choreography spanning the contrasting rhythms and moods in the material.
The text written by Andreas L. Hofbauer allows a further dimension to be experienced. It speaks from differing perspectives, is polyphonic as it buzzes gently through the film. The whisperings are in two tongues, both spoken and in asynchronously staggered subtitles that fade in and out and stand by themselves.

Moghen Paris – and all come along sets out with cinematic means into the autonomous world of this Ash Wednesday ritual, which unites the most ancient of things with those of our futures and utopias.
Kathrina Copony